Cyclewear brand Rapha is commemorating the seminal, multi-stage Peace Race with a new jersey collection, a board game and a silk scarf

In cycling terms, the Peace Race might not factor the easy prestige and pizzaz of the Tour de France or the Giro d’Italia. But look past the podiums, the marketing and glamour, and the political and existential significance of the seminal race – founded after the Second World War, staged in the shadow of the Iron Curtain and folded in 2006 – is undeniable. It’s a fact celebrated by upmarket British cycling brand Rapha, which has released a commemorative jersey, silk scarf and board game in memory of the competition.

The inaugural Peace Race was devised primarily as a way of uniting the male populace of a physically and mentally ransacked continent; a two week stage ride from Warsaw to Prague that sought to unite former Nazis and socialists, winners and losers, axis and allies – zipping through towns, villages and countryside so recently corroded by the quick, grim march of fascism. (Unlike the Tour de France, there were no commercial imperatives behind the race – the remit, really, was purely spiritual.)

Befitting its socialist roots, the event was wholly egalitarian. Organised by the Czech and Polish communist parties’ daily papers, entry to the race was open to all, with teams from Holland, Belgium, Britain, France, Denmark and Finland participating in the first year. 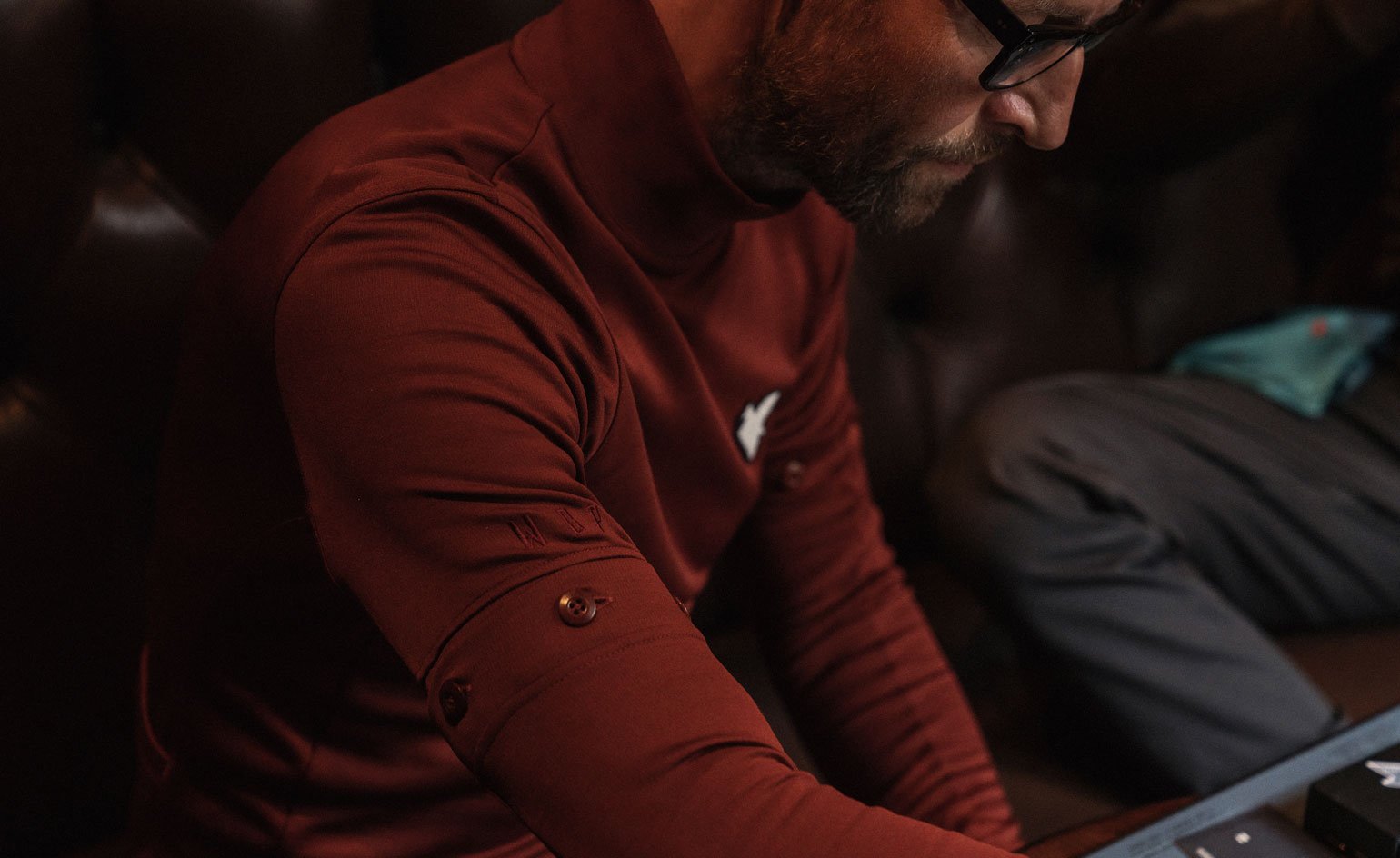 Time limits on stages were eschewed, meaning that anyone could field a team given they could pull together six riders. Unlike the General Classification focus of the Tour, explains journalist Herbie Sykes, writing on the history of the Peace Race for Rapha, ’they would embrace the idea of the peloton as a collective, a coalition of the willing’.

The Race was also differentiated from the Tour in its aesthetic – with a blue jersey created for the Team Competition as opposed to the yellow of the Tour’s solo GC – a pointed promotion the power of the collective in contrast with the individual. (The Peace Race retained a General Classification discipline anyway, and the jersey remained yellow.)

The onset of the 1950s saw Picasso’s white dove adopted as a insignia and the global span of entrants widen; India, China, Mongolia and Egypt would all eventually field teams. The Race ran consistently until 2006, though the Junior iteration continues to this day, a breeding ground for future talent (Fabian Cancellara, for one, rose to prominence through the ranks). 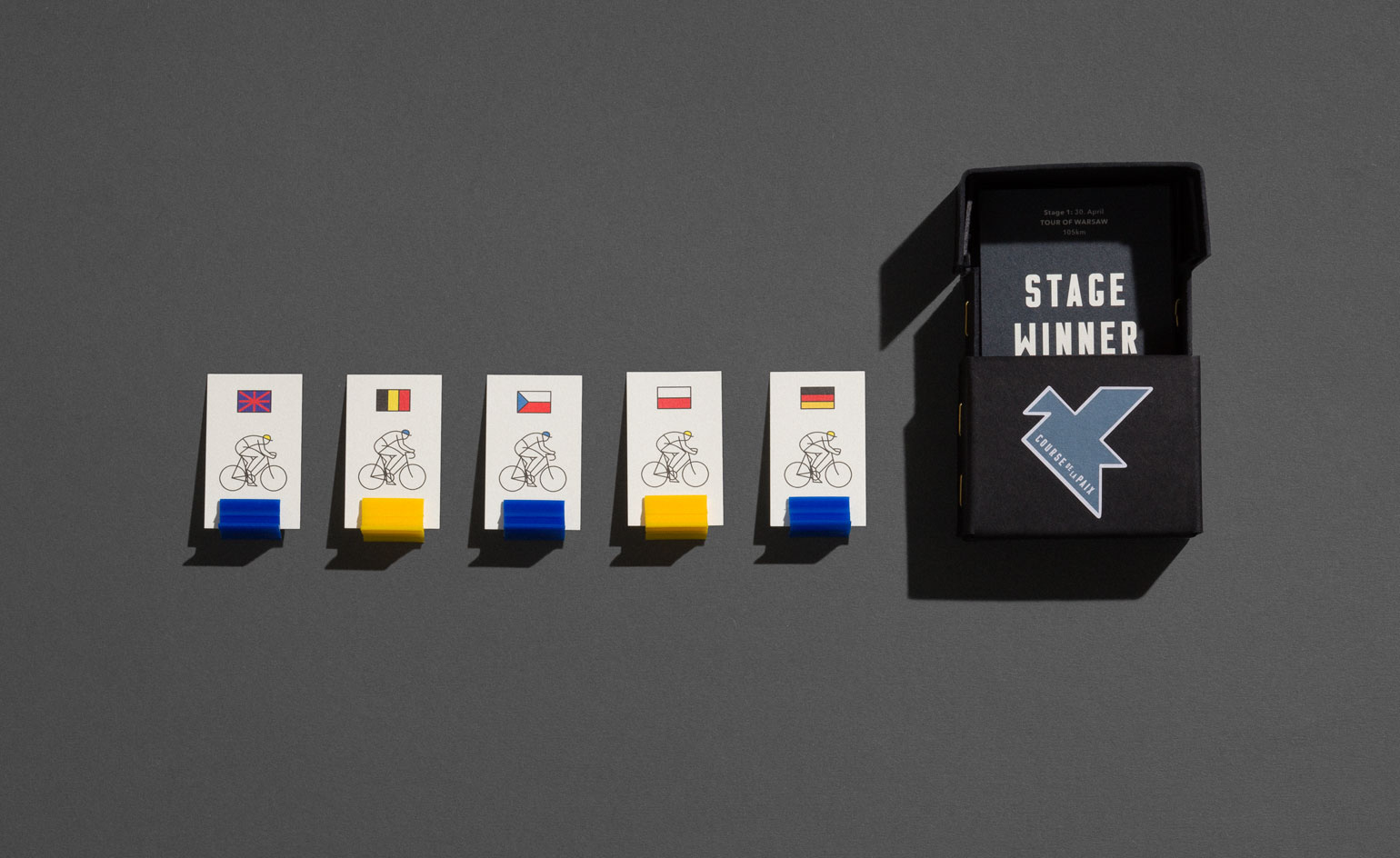 This Rapha set specifically commemorates the 1952 edition of the race won by Glaswegian cyclist Ian Steel. Devised and designed by Sykes, the board-game – meticulously designed to channel contemporary Eastern Bloc graphics – tracks the race’s 12-stage route from Warsaw to Berlin to Prague, via Łódź, Leipzig and Hrensko, among many others. It features two simultaneous modes of play, with each player controlling a yellow capped GC rider (whose aim is to get to Prague first) and a blue capped team rider (who wins by collecting the most prizes – or ’Primes’ – along the way).

The game is available as an additional purchase (apologies, sedentary game fans!) to the commemorative jersey collection, made of luxury merino and embellished with button-on arm warmers, a button-up collar and the dove logo on the chest, available in muted tones of blue, purple, red and green/brown.

The game celebrates the 1952 edition of the race, won by Glaswegian cyclist Ian Steel

Devised and designed by journalist Herbie Sykes, the board-game tracks the race’s 12-stage route from Warsaw to Berlin to Prague, via Łódź, Leipzig and Hrensko

The commemorative jersey is fashioned from luxury merino – as with all of Rapha’s wares, it’s meticulously constructed

It’s embellished with button-on arm warmers, a button-up collar and the original Picasso dove logo on the chest