Good sport: the new Porsche 718 Boxster is stronger than ever

The Porsche Boxster is the Volkswagen Golf of sports cars. That might come across as being slightly disparaging, but it’s really not meant to be. Just as the Golf represents the Platonic ideal of the modern hatchback, so the Boxster is the ultimate illustration of the most efficient, effective, and dynamically delightful two-seater open-topped sports car on the market. With both cars, the decision to actually buy one comes down to a matter of personal taste, yet there’s more than enough character in the 718 Boxster to let both head and heart win out.

The 718 is a face-lifted version of the third generation version of the Boxster, distinguished from its predecessors by the addition of that intriguing number. Porsche fans will know instantly that it refers to a clutch of rare but legendary racing cars built in the late 1950s and early 60s. These machines were the spiritual inspiration for the original Boxster project, which began with an elegant concept back all the way back in 1992. A production car followed in 1996 and was an instant success, with each upgrade taking it closer and closer to its bigger sibling, sneaking up on the 911 in terms of size, speed and price. 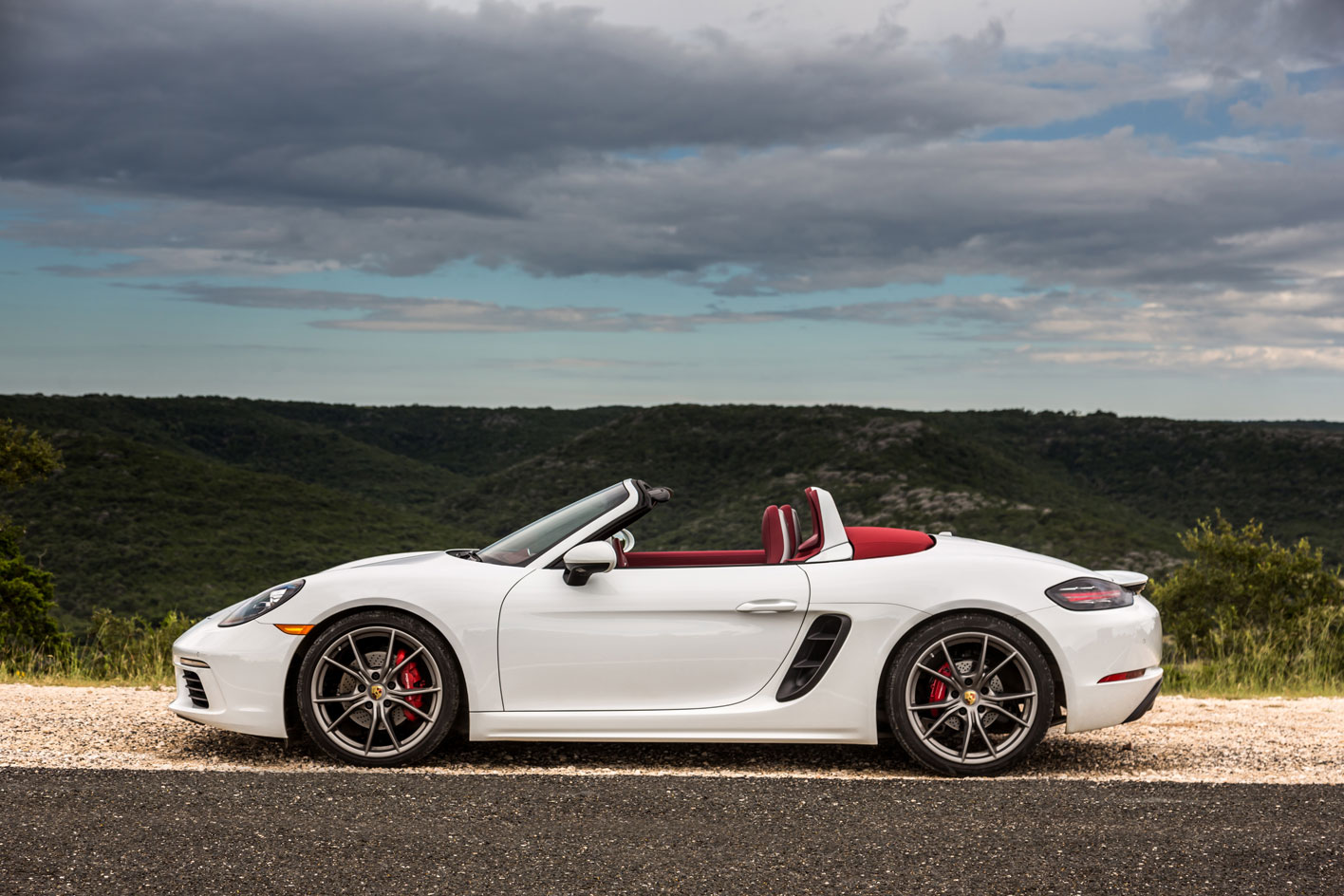 Now, however, Porsche has taken something of an ideological step back. For in the Boxster’s mid-cycle refresh, to use the industry lingo, the company has rolled out selection of four-cylinder engines for the first time since the 1980s-era 944. Given the auto industry’s current obsession with power output, there were worries that losing two cylinders would also blunt the Boxster’s edge. But Porsche is smarter than that. Using a turbocharger to extract maximum power from a modest 2.0 litre engine, we’d be amazed if anyone but the most devoted track day obsessive would need more power. Everything the Boxster has become renowned for – snappy steering, a swift, snug hood and plenty of practicality to go with the performance – is all present and correct, reiterating our contention that this car comes as close as possible to automotive perfection. If you don’t want to go topless, the fixed roof (and better-looking) 718 Cayman comes similarly recommended.

Naturally, Porsche won’t let you out of the showroom without some expensive box-ticking, so this machine is never going to be a bargain. But everything about the 718 – just like almost every modern Porsche – conveys a rock-solid feeling of design and manufacturing quality. This is the car as functional ideal, perfectly suited to everyday life.

Porsche 718 Boxster, from £4,739. For more information, visit the Porsche website