’UH-OH: Frances Stark 1991–2015’ arrives at Boston’s Museum of Fine Arts, with a renewed emphasis on learning and education

’Everything artist’ Frances Stark has brought her wordy titles and buxom chorus girls to Boston’s Museum of Fine Arts, in a newly imagined version of her 2015 show at Los Angeles’ Hammer Museum, entitled ’UH-OH: Frances Stark 1991–2015’.

As if being renowned for her poetry, painting and multi-media installations wasn’t enough, the dexterous Stark was also heavily involved in the set-up of the newly moved exhibition. Bolstered by clever curation from long-term collaborator Ali Subotnick, the MFA show has a renewed focus on learning, explains assistant curator Liz Munsell, which ties in with Boston’s storied reputation as a city of education. 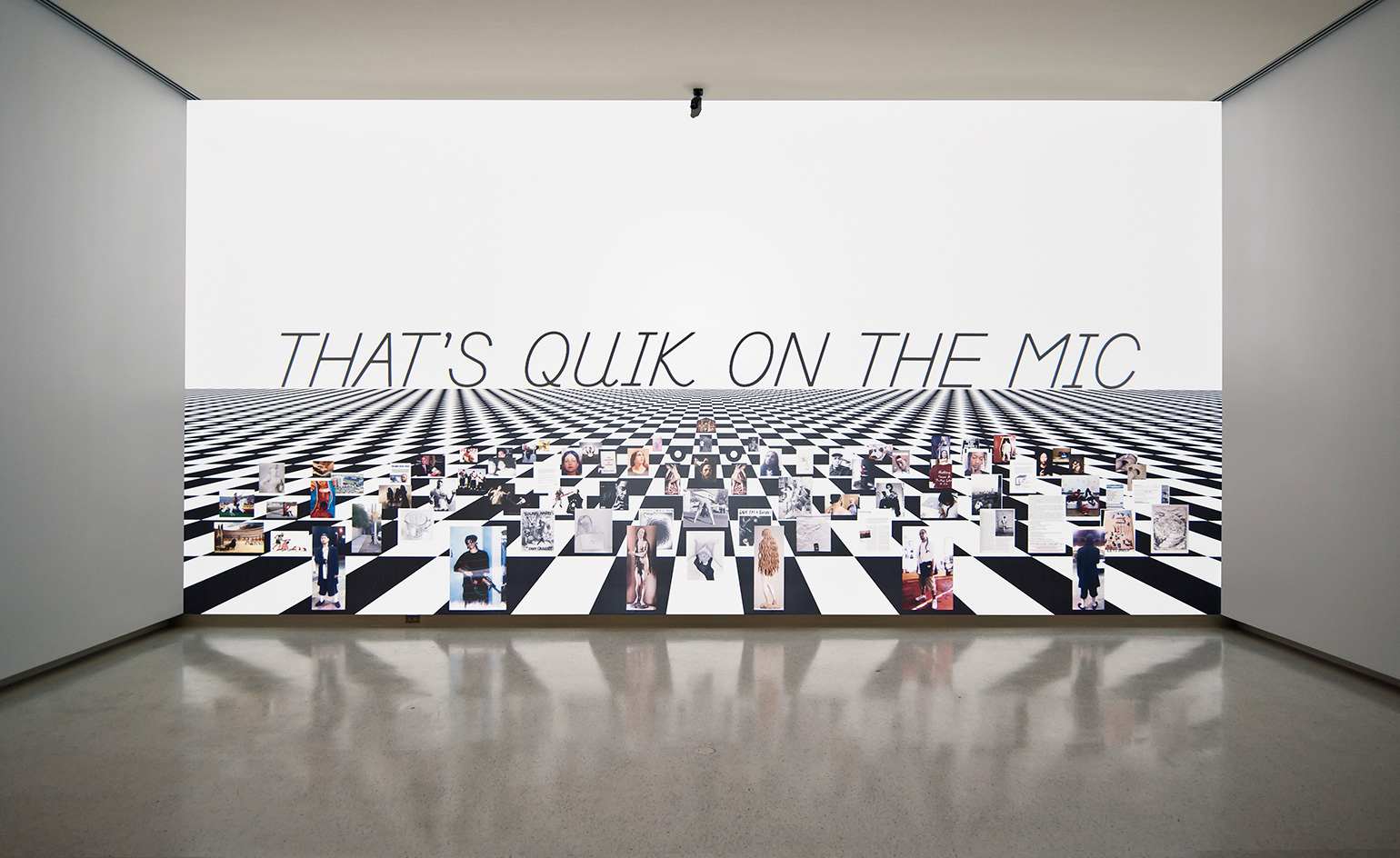 ’How we read, learn and source information in the 21st century has become a topic of much of Stark’s recent work,’ Munsell tells Wallpaper*, indicating why Stark was so keen to see the show journey to the home of Harvard and MIT. Questions about higher education and, more specifically, who has access to it, arise throughout – as seen in the video installation Bobby Jesus’s Alma Mater, which imposingly takes up one wall, continually drawing the eye.

As well as commenting on education, the exhibition – a little like the citations at the end of an academic paper – references a history of writers and artists, and scholarly flourishes are found at every turn. Instead of serving to alienate, this is achieved with such humour, generosity and pop-cultural vigour that the references can be enjoyed by all, whether you’re polishing off a PhD in art history, or a high school pop quiz. As Munsell phrases it, ’Stark’s work is self-deprecating and sexy, brutally honest yet thoughtful, and above all, brave.’

Nothing says ’brave’ more than the choreographed arrangement of chorus girls that boldly spin across the galleries, adding a final twist of humour to the already lighthearted show. Boston, Munsell unsurprisingly confirms, has ’received the exhibition famously’.

As well as commenting on education, the exhibition references a history of writers and artists, and a new academic flourish is found at every turn. Pictured, from left: The Inchoate Incarnate: Bespoke Costume for the Artist, 2009; Member of chorus (a particle), 2008; and Chorus Girl (a part), 2008. Courtesy of greengrassi, London and Museum of Fine Arts, Boston

Frances Stark at the opening of ’UH-OH’. Photography: Natasha Moustache