Loan ranger: Caen’s public library by OMA to complete in 2017

Bibliothèque Alexis de Tocqueville in the French city of Caen is going to be the first OMA project to complete in 2017. Photography: Philippe Ruault

The Dutch ambassador to France hosted a dinner in Paris on Thursday evening to celebrate the new Alexis de Tocqueville library in Caen, designed by the Rotterdam-based architecture firm OMA and opening to the public on 14 January.

While the agency’s founder, Rem Koolhaas, hobnobbed with guests, OMA partner Chris van Duijn presented the project. He said this is the second library the firm has built (after the Seattle Central Library) but one of seven it has designed, counting competitions and the Qatar National Library, to be completed next year.

Each of these projects has been vastly different, and all have been important for the agency’s evolution. Van Duijn explained, ’Libraries are public institutions that must be adapted to how a society deals with culture, knowledge and art.’ 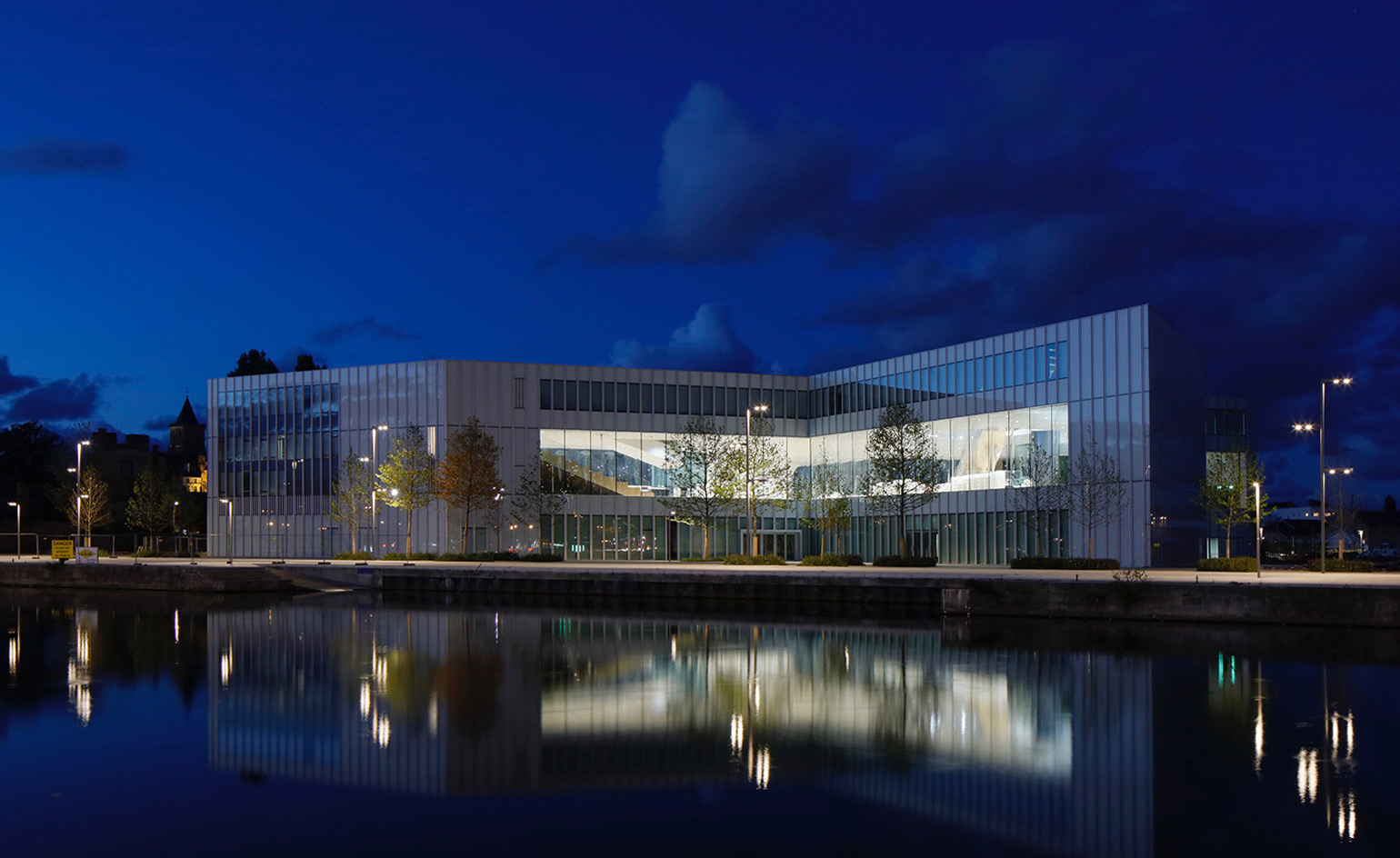 In Caen, the 12,000 sq m multimedia library sits at the tip of a peninsula that leads to the English Channel, straddled between the historical centre and a newer area currently under construction. Much of the city was devastated in 1944 but some treasures survived, including two Romanesque abbeys founded by William the Conquerer.

The city’s brief originally requested four different poles for its collections (human sciences, science and technology, literature, the arts), all connected by pathways. OMA opted instead for a singular, large glass building shaped like an asymmetrical cross. Two branches point towards the 11th-century abbeys, while the other two point in the direction of the train station and the neighbourhood under development.

Each of the branches has distinct amenities, such as a curiosity cabinet for artefacts, or film projection rooms. A large void space carved out of the middle of the cross provides a reading room and 360-degree views of the city, some distorted by bulges in the glass.

Van Duijn also addressed the ever-looming question of whether it makes sense to build libraries when the future of books is uncertain. ’We are still optimistic about the social relevance of libraries,’ he said, adding that this one is sure to be a ’significant institution in the daily life of Caen.’