It was the topography of the secluded plot, settled within a luscious manmade forest on the sloping dunes of Cariló, a coastal town south of Buenos Aires, which guided the design of Casa Kuvasz. On visiting the location for the first time, Ariel Galera, principal at Estudio Galera Arquitectura, agreed with the owners that the house should respect and accentuate the natural landscape.

By lifting the cool mass of the house off the ground with slim concrete ribs, echoing the surrounding vertical tree trunks and reducing the impact of the build, Galera opened up the main living area to natural light and the leafy landscape with an open facade of terrace space and glazing. A concrete corridor, wrapping around and inclining up the sloping dune to the house, connects the floating form to the forest terrain. 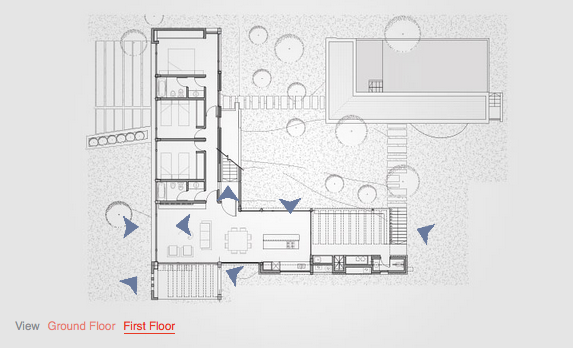 ‘The access is in the lowest part of the lot and the vertical circulation accompanies the natural change of level,’ says Galera. ‘The upper floor functions as a "piano nobile" where almost all the programme unfolds. This floor touches the lot in a few spots while dominating the landscape in others.’

The enclosed concrete stair is perforated with circles, taking the inhabitants on a journey from the landscape and into the house. ‘The idea was that the stairs’ sleeve first rejects the landscape, only to then empower it. This contributes to seeing architecture as a path and sequence of sensations,’ says Galera. 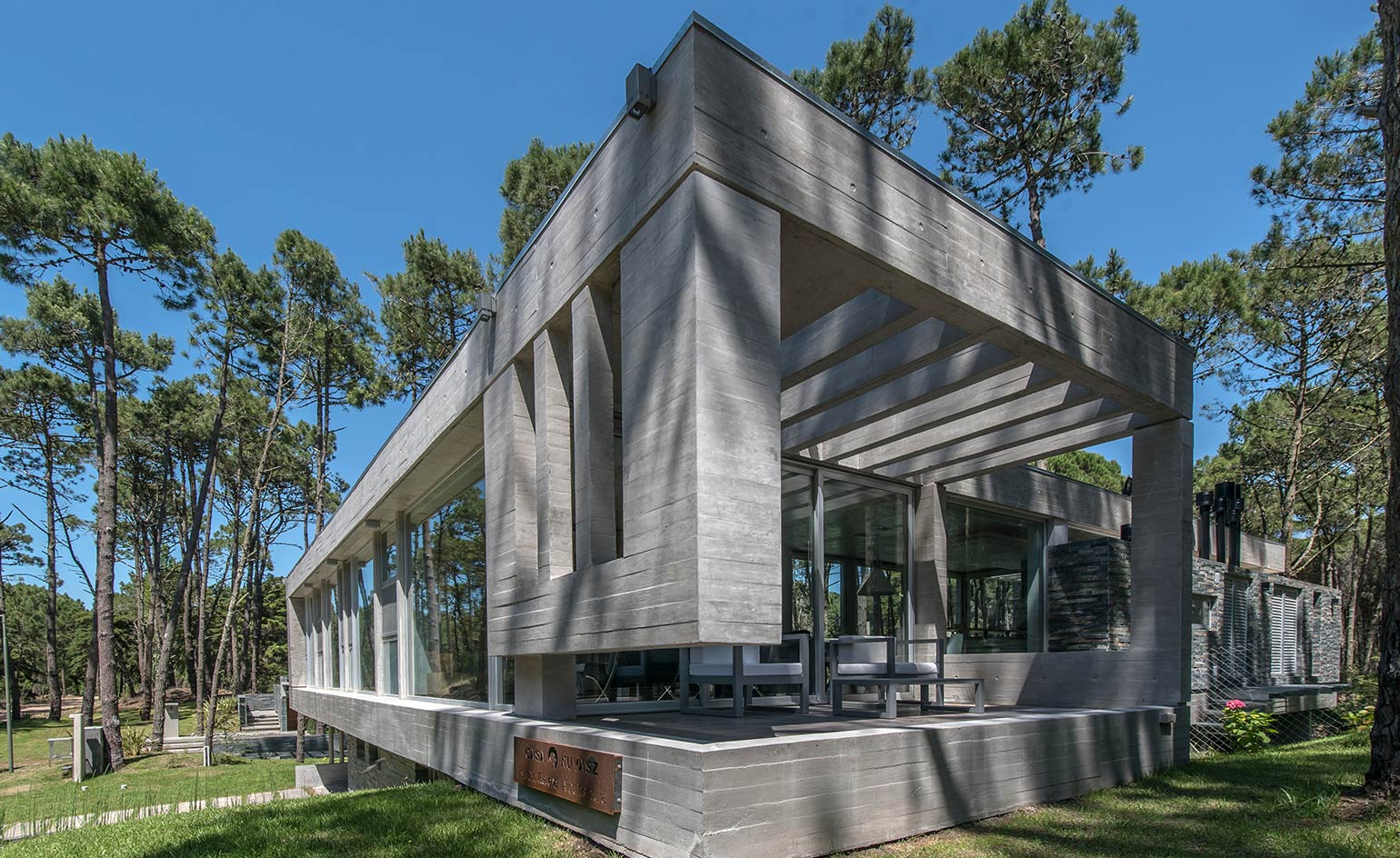 Conceptually, the architects see Kuvasz as ‘a path that accompanies and rises to the sand-dune, touching the lot in a few spots, respecting and highlighting the current topography’

‘The perforated circles on the concrete were designed to glimpse at the landscape at specific points, at the time that provides soft and changing lighting throughout the day.’ The architects studied the relationship of natural light to the location – ‘a permanent and interesting challenge due to its variable nature’, says Galera. ‘We believe that it is paramount to connect technology to phenomenology, the sensorial elements, especially when we are designing a house and not a public building. Thus, we set this as a challenge: to transform the architecture from being static into something dynamic.’

Continuing to play with framing, light and shadow, the architects extended the roof slab out over the terraces as an overhanging concrete pergola, while the lower concrete beam overhangs to form a bench and open up a gap exposing the land below.

The house is located in Cariló, a holiday resort in Pinamar County, south of Buenos Aires

The architects created circular openings in the concrete corridor which leads up to the house, placing them at different heights for children and adults

When designing, Galera and his team studied how sunlight would bounce across the openings of the house

A concrete corridor wraps around the house

A swimming pool is sunk into the forest dune landscape

‘The path ends in the social programme, as a lookout resting on the crest of the dune,’ says Ariel Galera