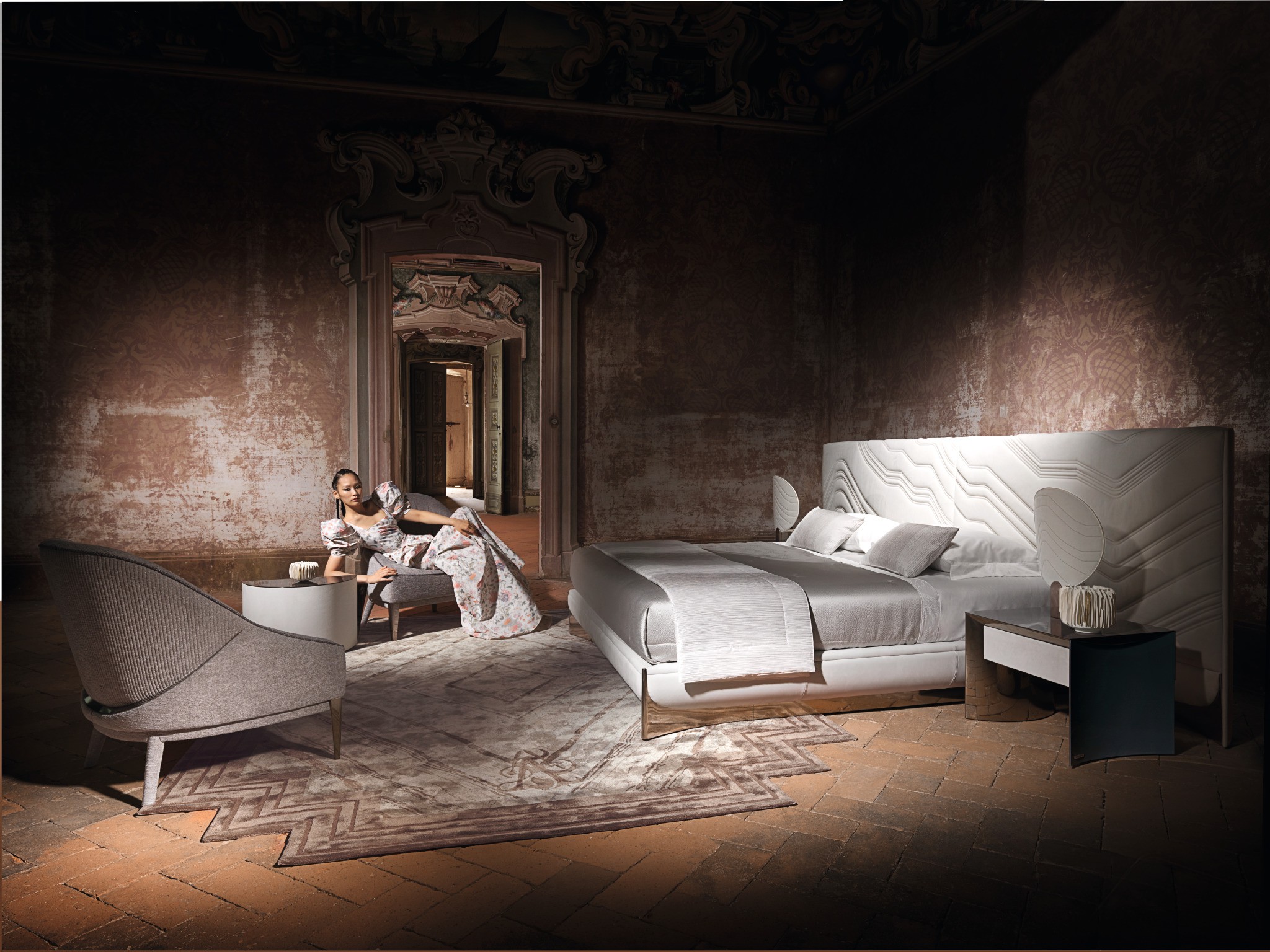 At Villa Arconati, the petite Versailles of Italy just outside of Milan, Visionnaire’s Anniversary collection is creating some high drama inspired by master of light and atmosphere Caravaggio. ‘Light is the true protagonist of our campaign,’ says Eleonore Cavalli, Visionnaire’s art director, who alongside long-time collaborator, photographer Max Zambelli, has poetically cast a chiaroscuro narrative around the Italian furniture brand’s latest collection. 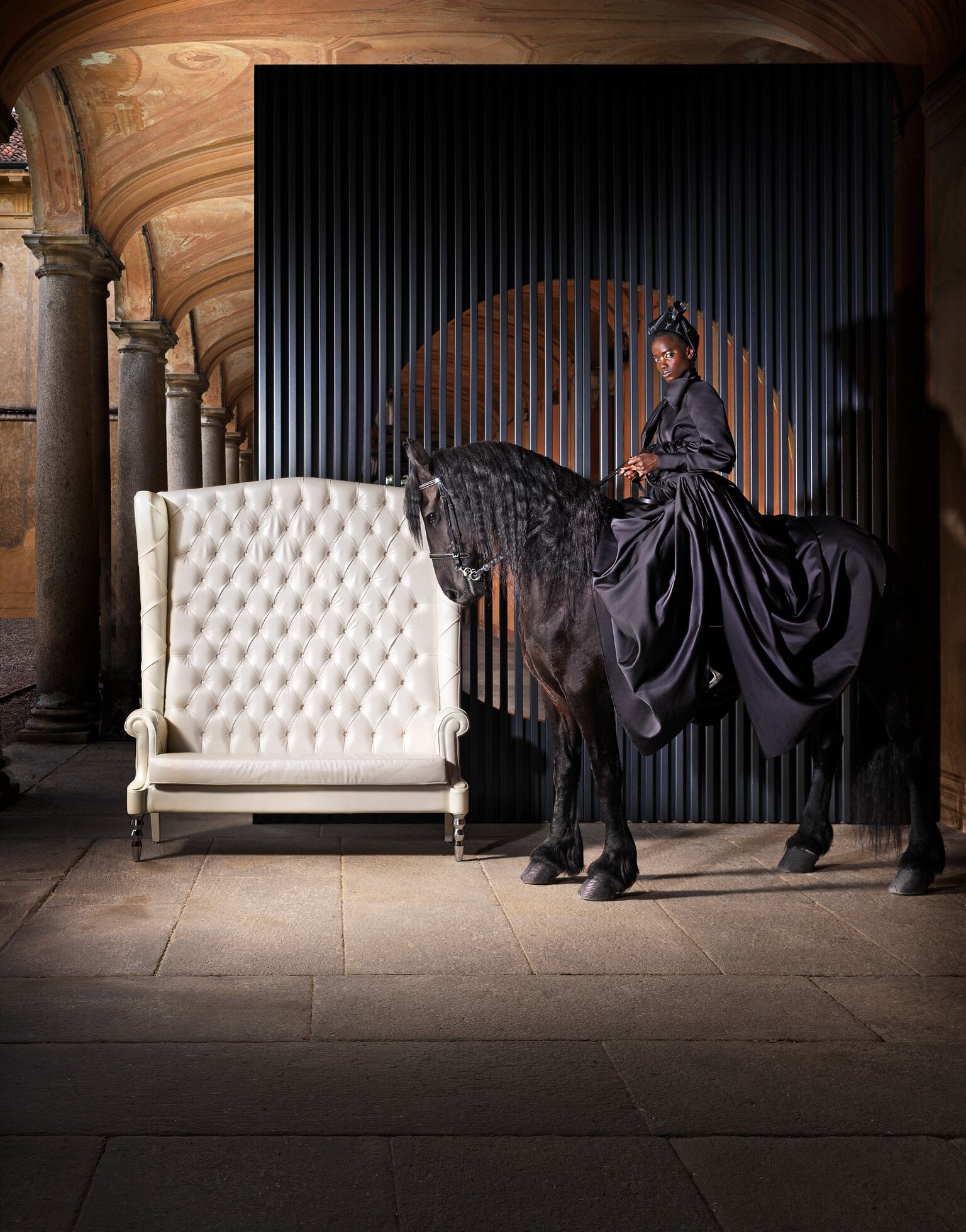 Theatrical techniques draw focus to the workmanship and material beauty of the collection which features 80 products for indoor and outdoor residential, with an edit for the contract sector. Darkness and light frame the three-dimensional headboard of the Cà Foscari bed and the light geometry of the Rosemary armchairs bringing out unexpected textures and edges. ‘We wanted to recreate mysterious atmospheres where everything merges into a language that is able to surprise and thrill,’ says Andrea Gentilini, CEO, Visionnaire.

‘Light is the true protagonist of our campaign’

This year, 2019, marked two significant milestones that inspired the collection – the 60th anniversary of IPE, Visionnaire’s parent company, and the 15th anniversary of Visionnaire itself. Family-owned IPE was founded in 1959 by three brothers Carlo, Pompeo and Vittorio Cavalli. The trio embarked on an entrepreneurial adventure into furnishings, specialising in upholstered pieces. Visionnaire was launched in 2004, combining the established blend of art and design, with a network of Italian designers and suppliers, and the creation of meaningful luxury. 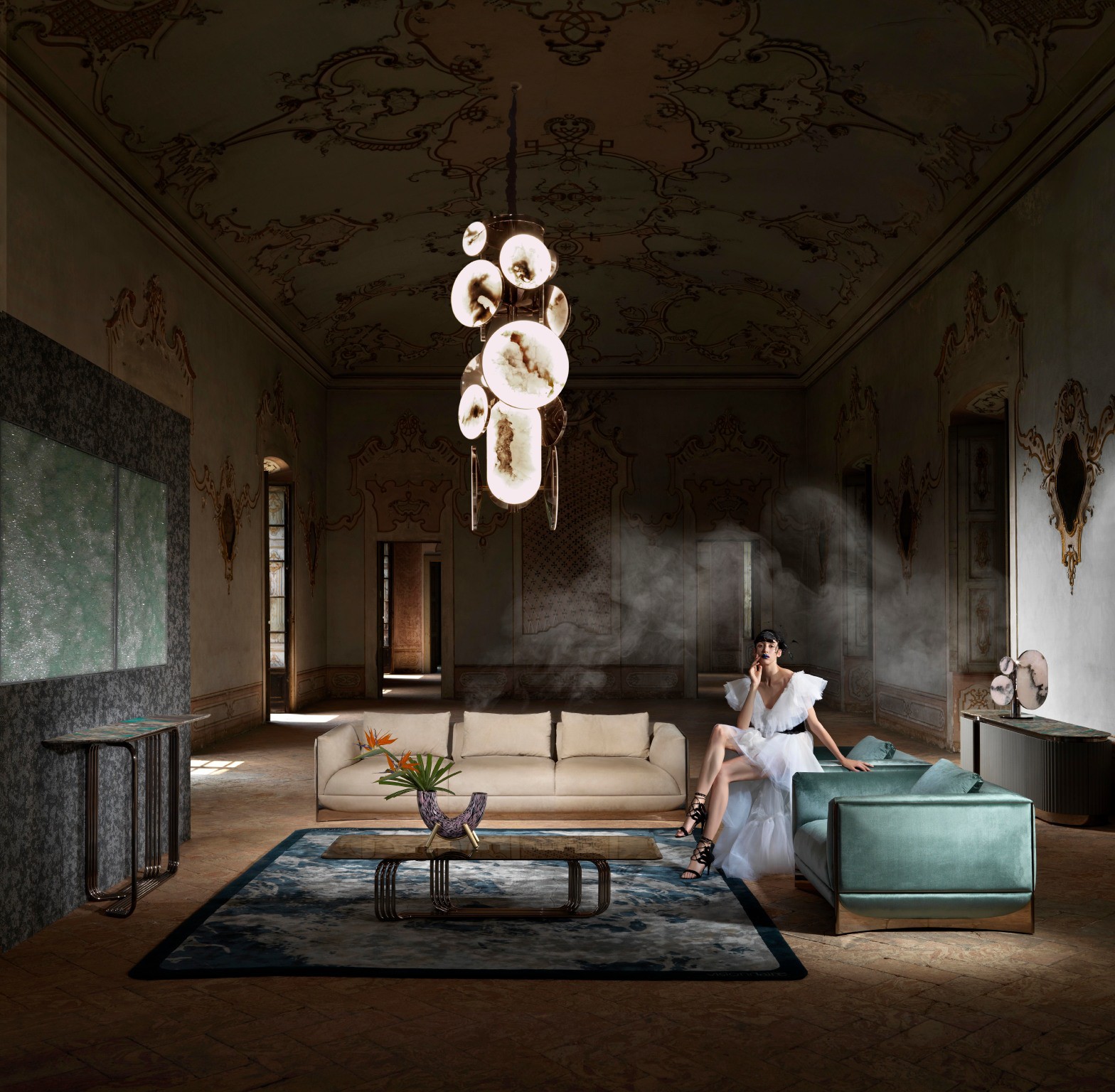 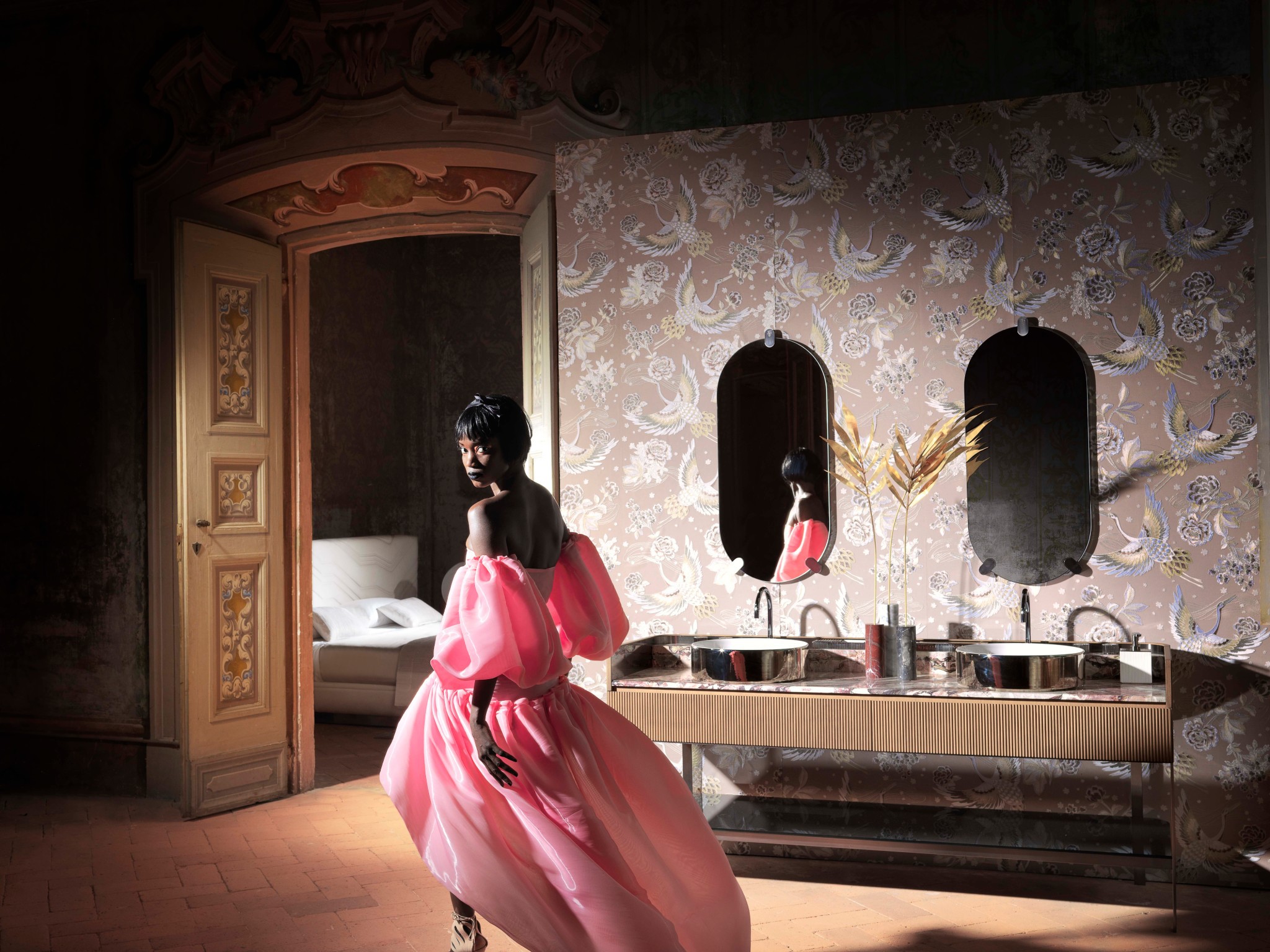 The Anniversary collection was an opportunity to draw from the long-established Italian network, and enlist the best of Italian creativity and quality. Collaborators include Alessandro La Spada, Roberto Lazzeroni, Marco Piva, Armando Bruno – in a duo with Alberto Torres – Mauro Lipparini, Giuseppe Viganò, Fabio Bonfà. As well as international designers Steve Leung and Maria Serebryanaya.

It was also an opportunity to show the future direction of Visionnaire through material innovations that complement the bespoke craftsmanship. You’ll find cement coatings of bronze combined with inlays of liquid metals on marble surfaces. Precious and exclusive semi-precious stones alternated with abonos fossil wood with an open-pore finish. And silhouettes of mountain peaks embroidered irregularly on textile shades. In these details, multitudes of stories worthy of a Caravaggio style scene play out and draw you in. 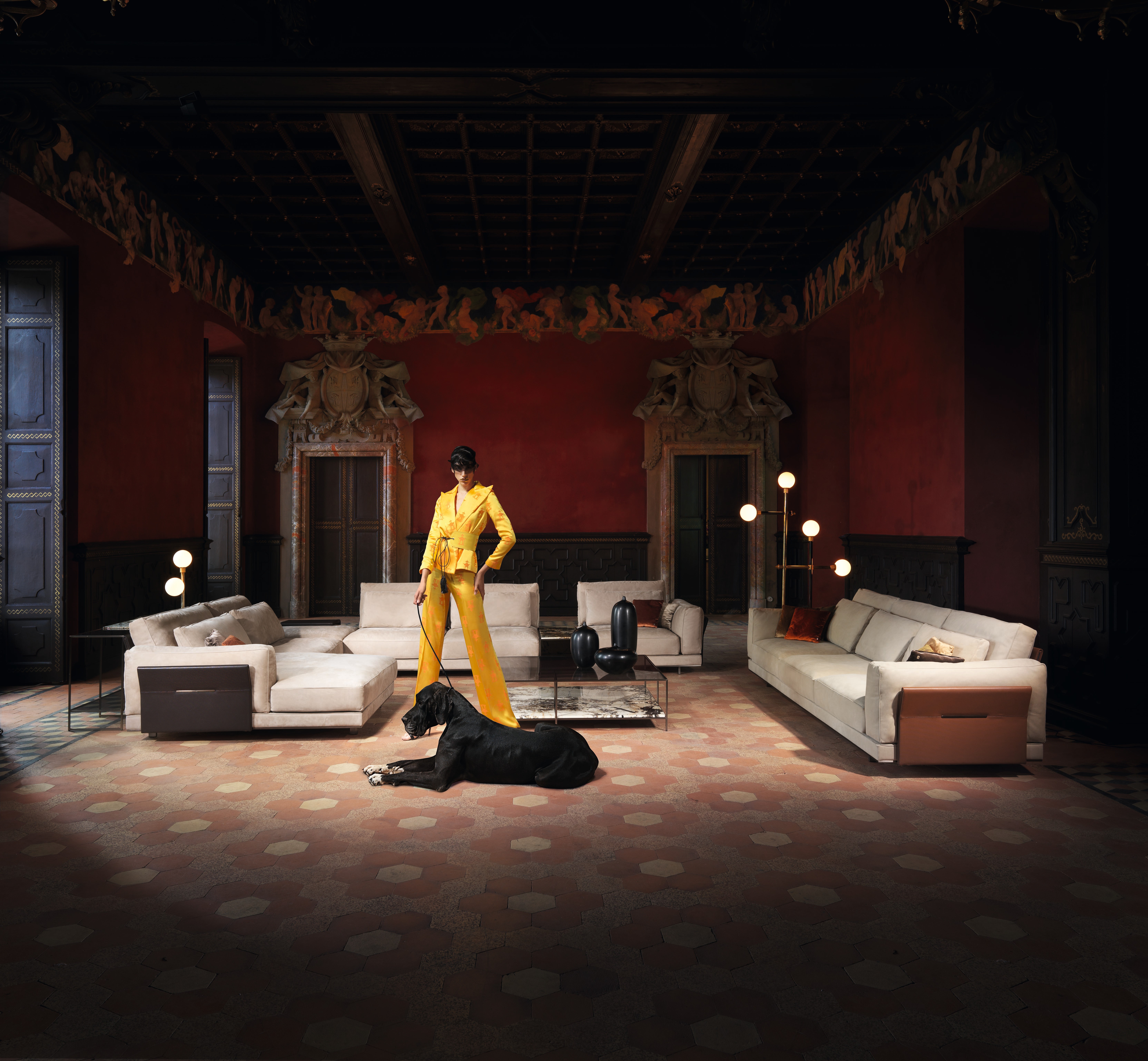 Like all Visionnaire collections, this one too is proudly made in Italy and carries with it rigorous quality control, ethical sourcing and environmental responsibility integral to design today. The Anniversary collection however, was a chance to take stock and celebrate the Visionnaire manifesto of past, present and future. A unique Decalogue, a collectible limited-edition book, has been made that outlines the ten fundamental and indispensable values of the company in beautiful detail. 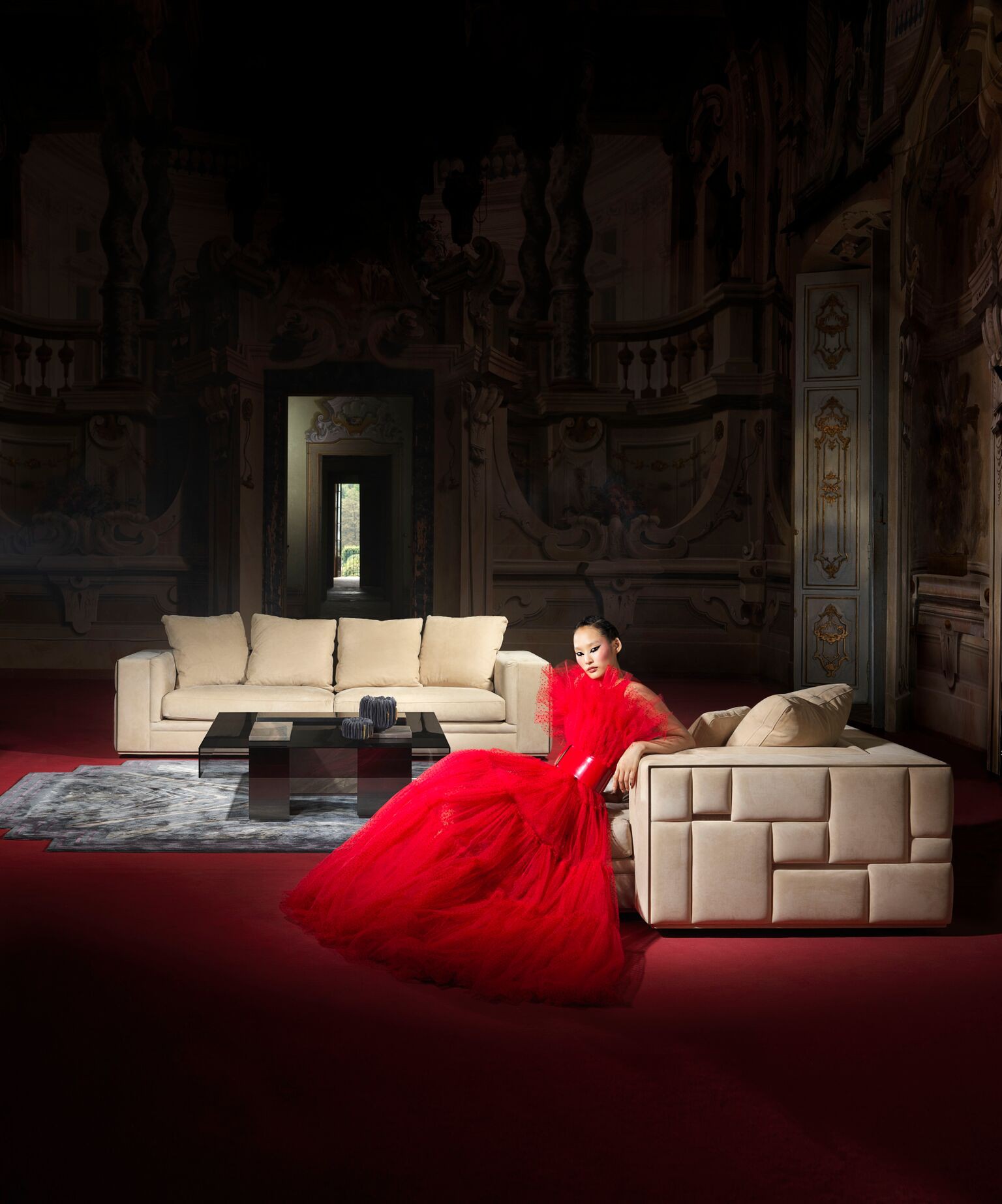