Recently I’ve been feeling a right Twirly. You don’t know about The Twirlies? Let me explain. Growing up in Liverpool in the 1980s, I’d hear rumours of a gang, a tribe, known as The Twirlies. Thankfully they weren’t knife-wielding hooligans, but rather sweet, bus pass-carrying pensioners. They were, however, the nemesis of public transport inspectors. The gang would congregate at bus stops way before their off-peak time allowance, then look dolefully at the inspector and ask, ‘Oh, am I too early?’ With a reluctant shrug the driver and inspectors would allow them on the bus –
but usually accompanied by an under-the-breath chorus of ‘bloody Twirlies’.

In the fiercely competitive world of quality magazine journalism, securing an exclusive is paramount. You need to present things to your reader that they have never seen before. More often than not, this means photographing a building, an exhibition, a restaurant interior – very early. You leave it to the very last minute – but often it’s still before completion and you find key elements are not yet in place. Sometimes we are just... Twirly. 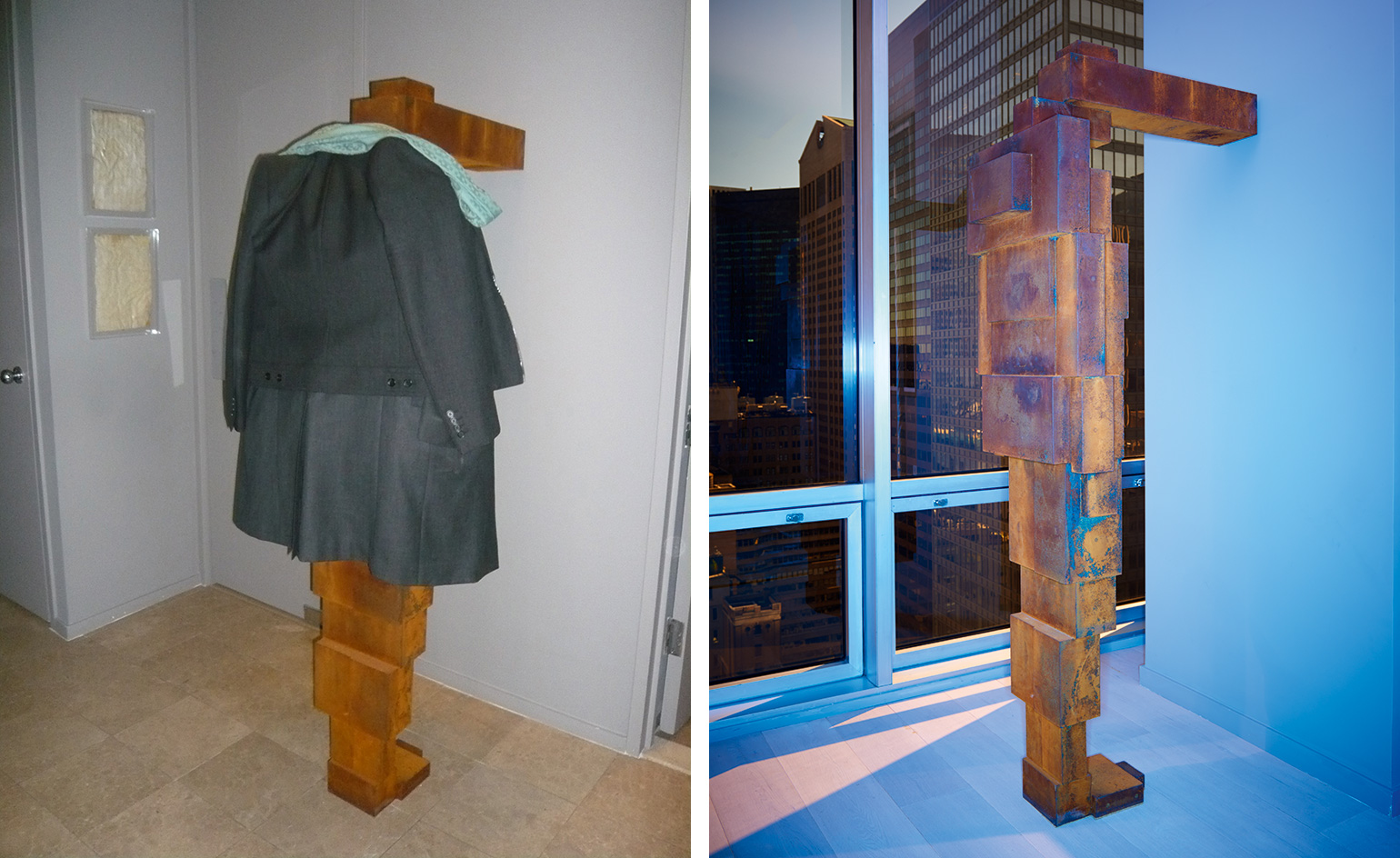 Arriving ’Twirly’ at the apartment of Santiago Barberi Gonzalez, Tony makes good use of Antony Gormley’s ’Butt’ (left). The sculpture later finds its rightful place near the windows looking out over Fifth Avenue, as photographed by François Dischinger

Last month, I made my way to deepest downtown Manhattan, keen to be among the first to check out the fabulously restored Beekman hotel, set within one of New York’s earliest skyscrapers, with interiors by Martin Brudnizki. I was Twirly to tuck into anything at Keith McNally’s Augustine brasserie or Tom Colicchio’s Fowler & Wells restaurant and bar – yet to open when I poked around – but it’s a treat to look forward to when I’m next in town.

Of course, being Twirly sometimes offers rare opportunities. On the same trip, I enjoyed a sneaky preview of London gallerist Timothy Taylor’s new outpost in Chelsea. The inaugural show was ‘Architecture of Color: The Legacy of Luis Barragán’, and curator Oscar Humphries gave me a pre-hang tour of works influenced by the Mexican master. As he shuffled and shifted, I got intimate with works by Josef Albers, Carl Andre, Dan Flavin, Sheila Hicks, Agnes Martin and Sean Scully, plus some Barragán furniture.

Last year, I also got a chance to visit the remarkable Midtown eyrie of Santiago Barberi Gonzalez (see page 160), the man behind the eponymous range of exotic skin accessories and an art and design collector of rare passion. Barberi Gonzalez had yet to install and arrange his haul and a wonderful chaos reigned. I struggled to find somewhere to hang my coat and then
I spotted an opportunity too good to miss. Another pay-off of being Twirly...

Snøhetta’s King Abdulaziz Center for World Culture is a monumental symbol of Saudi Arabia’s past, present and future. Courtesy of Snøhetta

For our contract space interiors shoot, we’ve made the glade with our verdant dining room. Photography: Jean-Pacôme Dedieu

The November 2016 issue of Wallpaper* is out now! Subscribe here