Sabine Marcelis amid materials and works in progress in her Rotterdam studio. The designer is best known for her work in resin but also employs neon, glass and marble. Elements used in her light sculptures are seen hanging (left). Photography: Marlene Sleeuwits

When we meet at her Rotterdam studio, Sabine Marcelis is just back from Design Miami. She’s under the weather, but it’s nothing a festive palm tree decorated by her team can’t fix: the Dutch designer’s candy-coloured resin objects hang playfully from the makeshift Christmas tree.

Marcelis, who was raised in New Zealand, studied at Design Academy Eindhoven and settled in Rotterdam in 2014. ‘My graduation project [in 2011] was very different to what I’m doing now,’ she says. ‘It was an installation [House Wine], an industrial design study on how to make wine at home. I wanted to draw attention to the process, to how the bubbles appear and the liquid keeps changing.’

Maria Foerlev, founder of the Copenhagen gallery Etage Projects, liked what she saw and approached Marcelis right away. Then Alexis Ryngaert of the Victor Hunt gallery in Brussels commissioned her to create new work for Design Miami 2015, and again for the 2016 edition of the fair. The pieces – her Dawn series of light sculptures – sold very well, the designer says with a smile.

Marcelis’ explorations and manipulations of light and colour are now much in demand. ‘I want to push boundaries in terms of production processes,’ she says. ‘I’d like to create something you haven’t seen before, or that causes a moment of wonder.’ 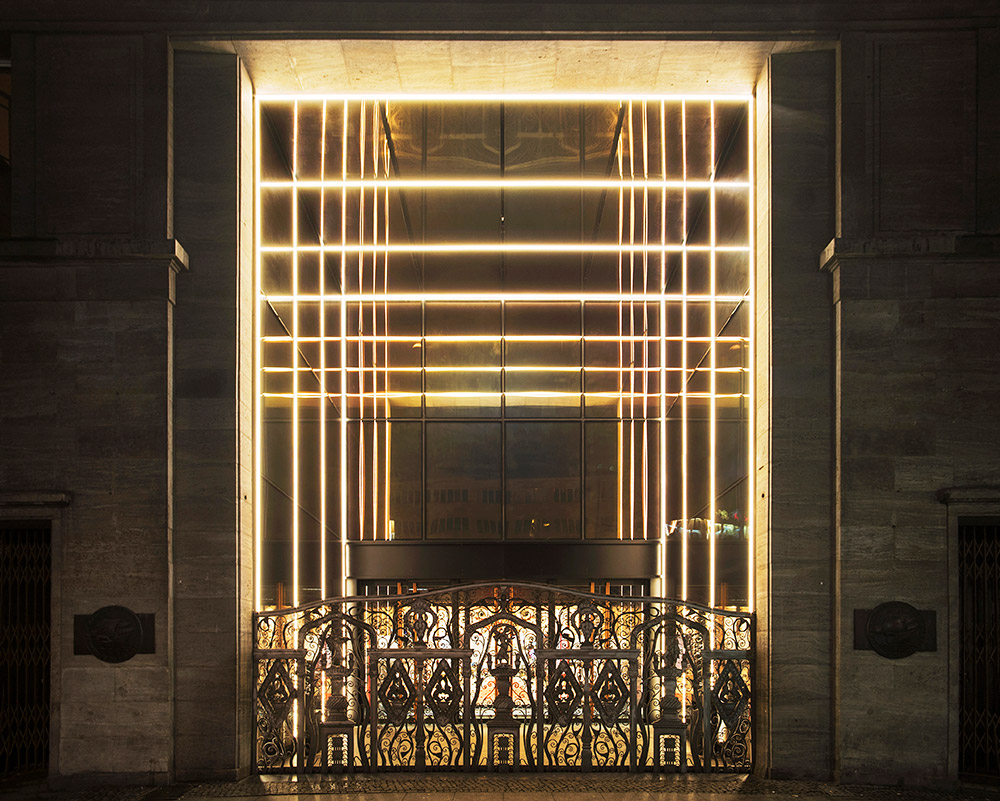 Marcelis gravitates towards coloured artificial materials such as neon lights and resin made of polyester, but glass and marble also have a place in her work. ‘I like that there’s no way to control [every aspect of] it. You get what you get,’ she says.

There are obvious parallels between her atmospheric lighting and the output of ‘light and space’ artists such as Dan Flavin, Robert Irwin and James Turrell. ‘I love their work,’ she says. ‘But there’s a lot of contemporary art around that incorporates light in this way. For me, it’s just my way of working. I like simple shapes and using materials that dictate the shape the object will be.’

Marcelis also has fans in fashion circles. She’s been tapped to design pieces for a number of retail interiors and fashion spaces, from OMA’s Paris flagship for French jewellery house Repossi to the first store for menswear brand Salle Privée. ‘Most of the time, brands are very aware of my resin work and ask me to reproduce it,’ Marcelis says. ‘I prefer it when brands are searching for something unique and new, and when there can be a dialogue. I often get lots of freedom and produce what I feel will work; then the brand lets me know what they like and I continue in that direction.’

The founder of Salle Privée, Patrick Munster, ‘really understands what I am doing, how I love to experiment, and has given me free rein’, she says. After completing elements of the brand’s flagship store in Amsterdam in autumn 2016, Marcelis worked on its A/W17 Paris Fashion Week presentation, and art-directed its first perfume campaign. And her laminated glass, mirror and aluminium panels were used on the three-level interior of the Repossi flagship store on Place Vendôme, creating ‘diverse degrees of reflections and colour refractions’.

For the refurbishment of Berlin’s gigantic department store KaDeWe, her first move into architecturally-scaled exteriors, she transformed the main entrance into a golden archway with a cut-out void that plays with colour and light using tinted mirror glass. ‘It was the first time I had to take into account the limitations of working with façades, where certain things cannot be changed,’ Marcelis says. But that hasn’t stopped her thinking big. ‘I would love to work more on creating experiences within a space that are immersive, larger than life.’

Left, installation view of ’Dawn Lights’, 2016. Right, the ’Seeing Glass, Big Round’ series, in collaboration with Brit Van Nerven, is a study of the optical effects created by glass. Photography: Marlene Sleeuwits

The ’Dawn’ series is inspired by a time in the day where the sun, clouds and sky join to create a momentary riot of hues.

The ’Dawn’ series utilises a single white neon tube embedded in cast resin to highlight the subtle manipulation of colour and its intersection with light. Photography: Lotte Stekelenburg