A sculptor of light, Meijer’s pieces are simple geometric constructions, featuring arrangements of LED points, whose patterns change as viewers move around them. The exhibition presents eight new lights, ranging from floor lamps to wall-hanging sculptures, minimally appearing as bare panels of glass. 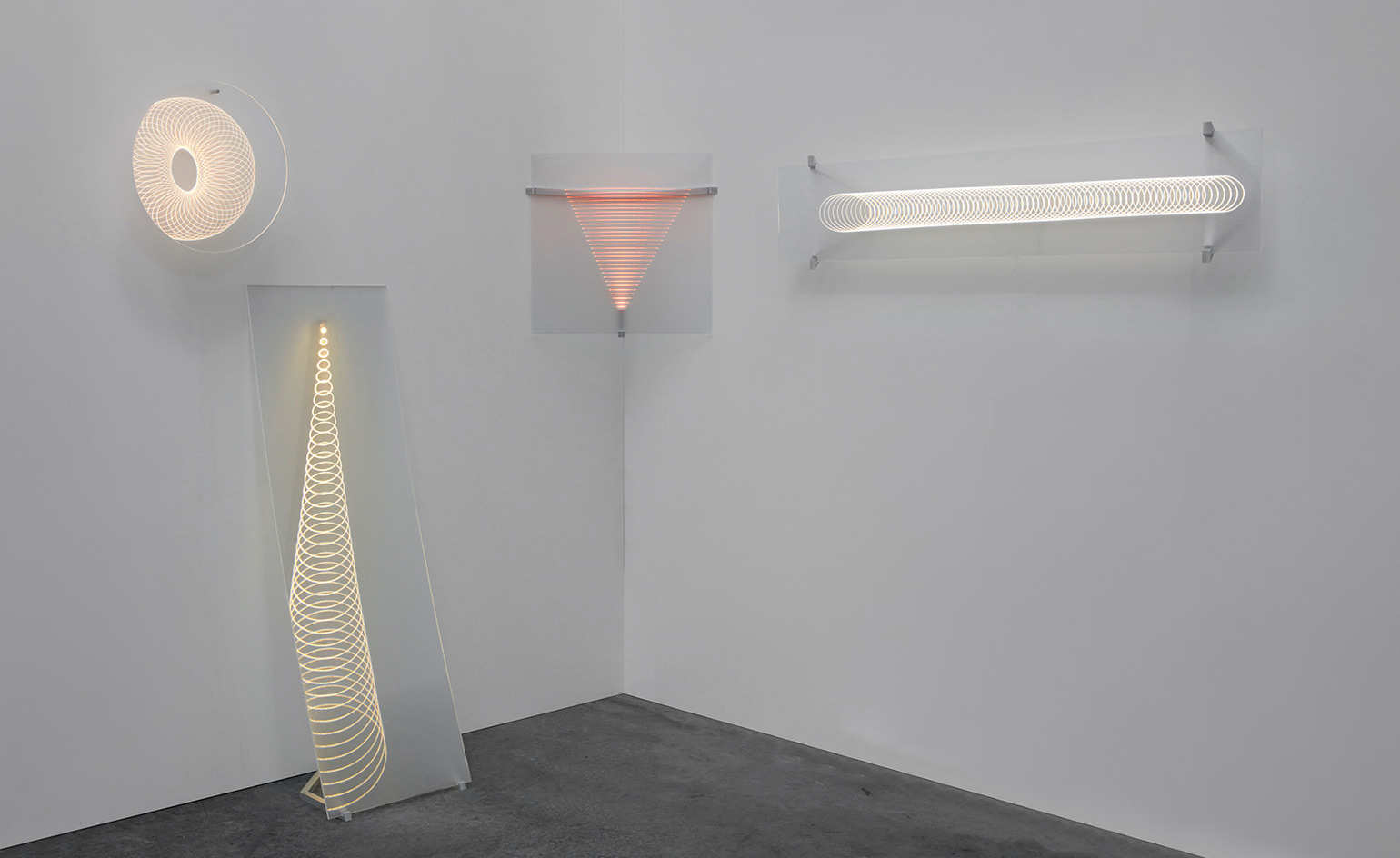 ‘Every lamp encapsulates a shape of light that changes depending on your position in space,’ the Dutch designer explains. ‘Faced head-on you see a geometrical pattern, but seen from an angle the shape distorts and its depth accelerates. The LED points function not only as a source of light but at the same time as a sculptural medium to depict intangible objects through the optical surface.’ The lamps are presented through an exhibition titled ‘One Point Perspective’, where the sculptures are on display in a bare environment enhancing their impactful illuminated patterns.

It is an evolution of Meijer’s continuing research into light and perception that led him to ponder on the relationship between reality and illusion through his works. ‘Optical illusions are not independent deceiving sights,’ he says, ‘they define our way of seeing.’

From left, ’sight I’ and ’sight v’. Meijer’s pieces are simple geometric constructions, featuring arrangements of LED points whose patterns change as viewers move around them