Pacific pavilions: Doug Aitken and Parley for the Oceans take art under the waves

Watch Doug Aitken’s Underwater Pavilions come to life in this film. Courtesy of the artist, Parley for the Oceans and The Museum of Contemporary Art, Los Angeles

Clad in wetsuits and flippers, a line of art enthusiasts waddle their way along the shore of California’s Santa Catalina Island, 22 miles from Los Angeles, before easing themselves into the turquoise waters. Their destination is Californian artist Doug Aitken’s latest work, a series of three geometric pavilions hidden from view below the ocean’s surface just a few minutes swim away.

With oxygen tanks and masks in place, they descend beneath the surface where among kelp forests and shoals of multicoloured fish, they encounter three geodesic spheres floating at different depths, about five, ten and 50 feet below the surface. Divers can swim inside and around their open structures, reflected in mirrored panels that glow in the sunlight, changing the pavilions’ appearance with the tides, currents, and movements of visiting sea life. 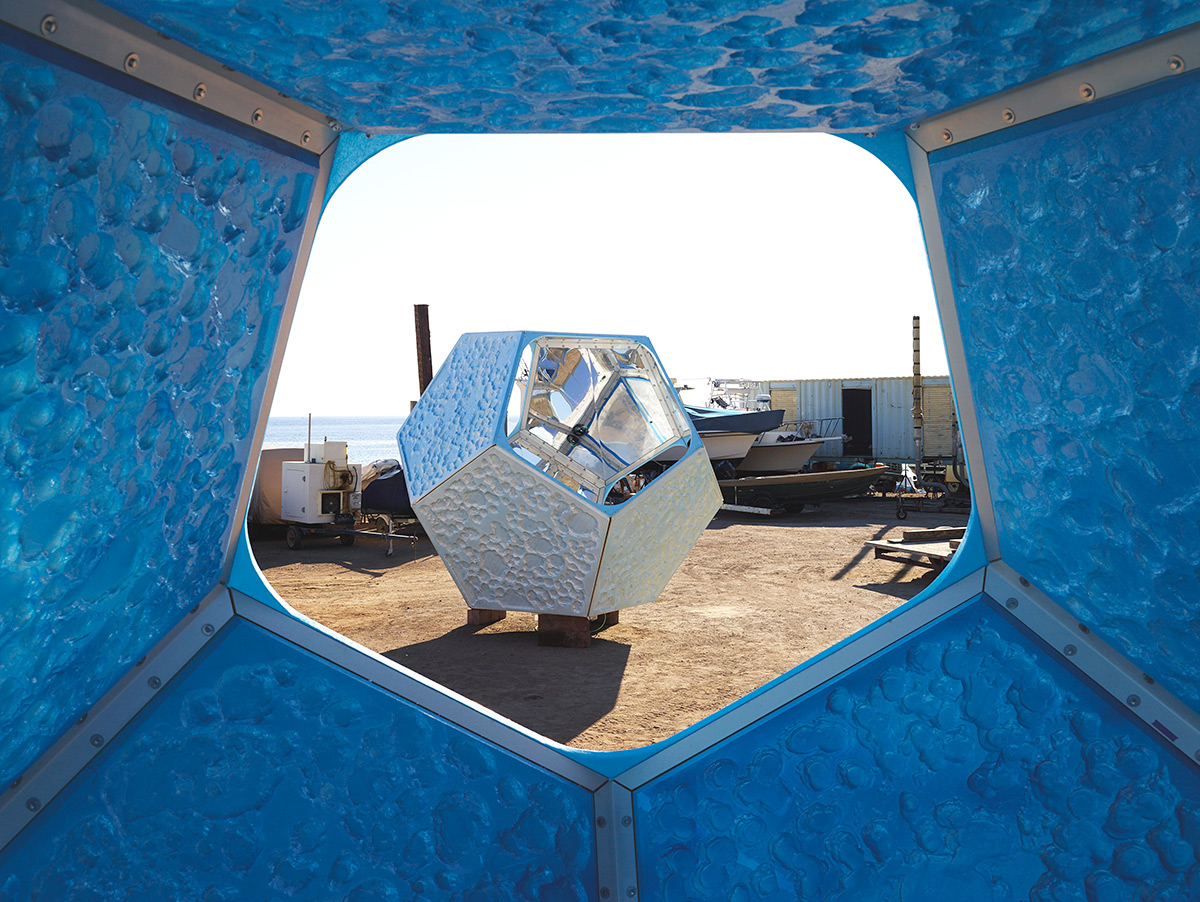 One of the prismatic modules on dry land, before it was submerged in the ocean

The installation, which coincides with Aitken’s 20-year home survey at LA’s MOCA, ’Doug Aitken: Electric Earth’, is the result of a year-long period of research and consultation with environmental group Parley for the Oceans, who called upon its network of marine experts, scientists and engineers. Experts including renowned oceanographer Sylvia Earle and submarine builder Liz Taylor ensured that the pavilions were pressure tested, neutrally buoyant and tough enough to withstand life underwater.

‘The project came to life a year ago,’ recalls Parley for the Oceans founder Cyrill Gutsch. ‘I was about to start a new programme at Parley called "Parley Deep Space" and I was visiting NASA in Pasadena to discuss the idea of connecting the space community with the ocean community to redesign and reinvent the idea of exploration. But on the way back from NASA I met Doug at his studio. He put these sketches on the table and I realised that true exploration happens in our mind and in our imagination, and I just wanted to make what I saw happen; and that was it. For us it was the beginning of a new chapter. With Parley Deep Space we want to change how people see the sea.’ 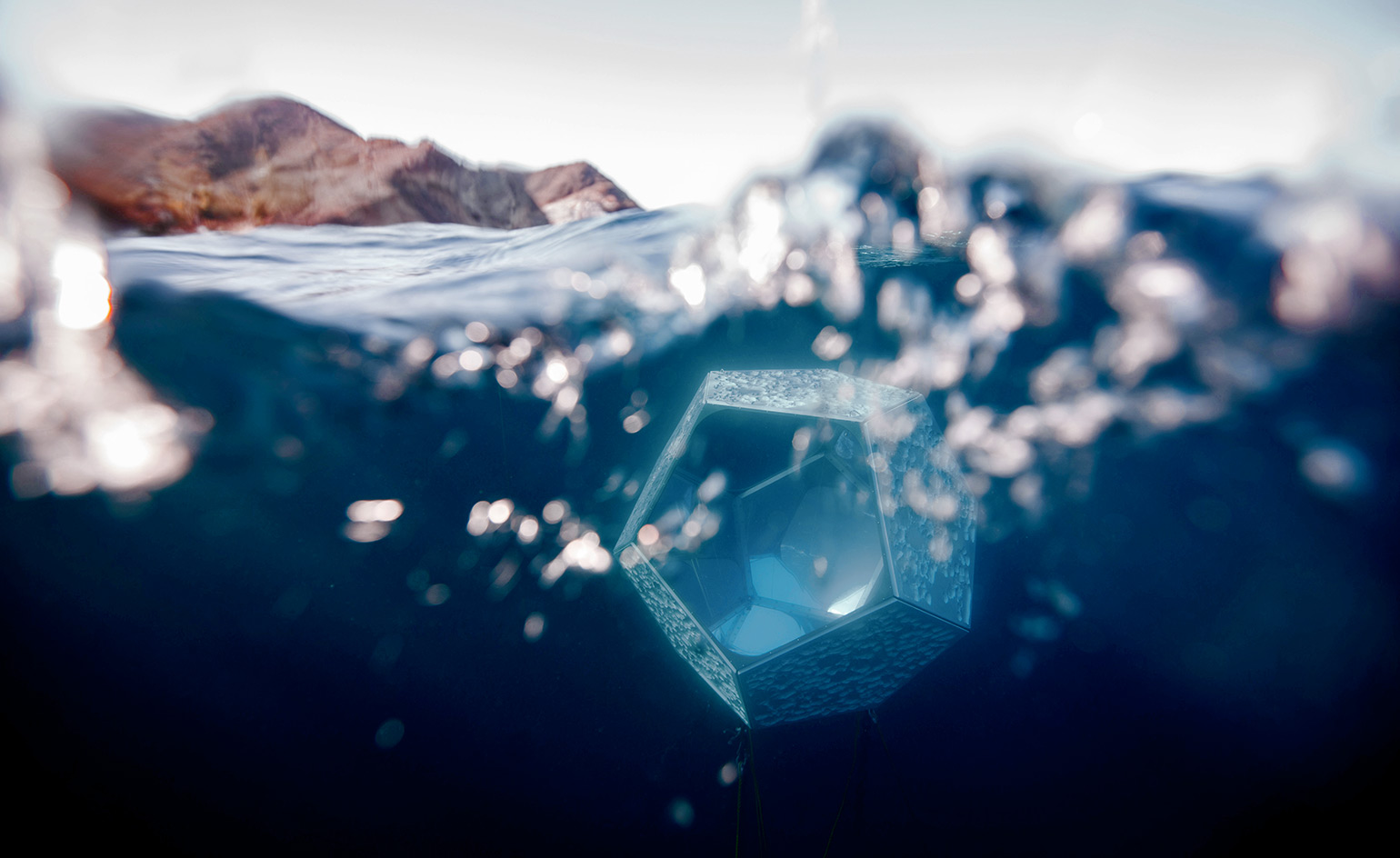 The structures are geometric in design. Photography: Patrick Fallon

Since its inception in 2012, Parley has been working with creators, thinkers and leaders to raise awareness about ocean plastic pollution, overfishing and climate change, while also implementing interception and clean-up operations. A long-term collaboration with Adidas has already born two products; a mass-produced running shoe and football jerseys made from up-cycled marine plastic waste collected from the Maldives.

The collaboration on the Underwater Pavilions allows Parley to initiate a conversation about ocean conservation with a wider audience while also encouraging people to physically connect with the ocean – a goal the organisation shares with Aitken. 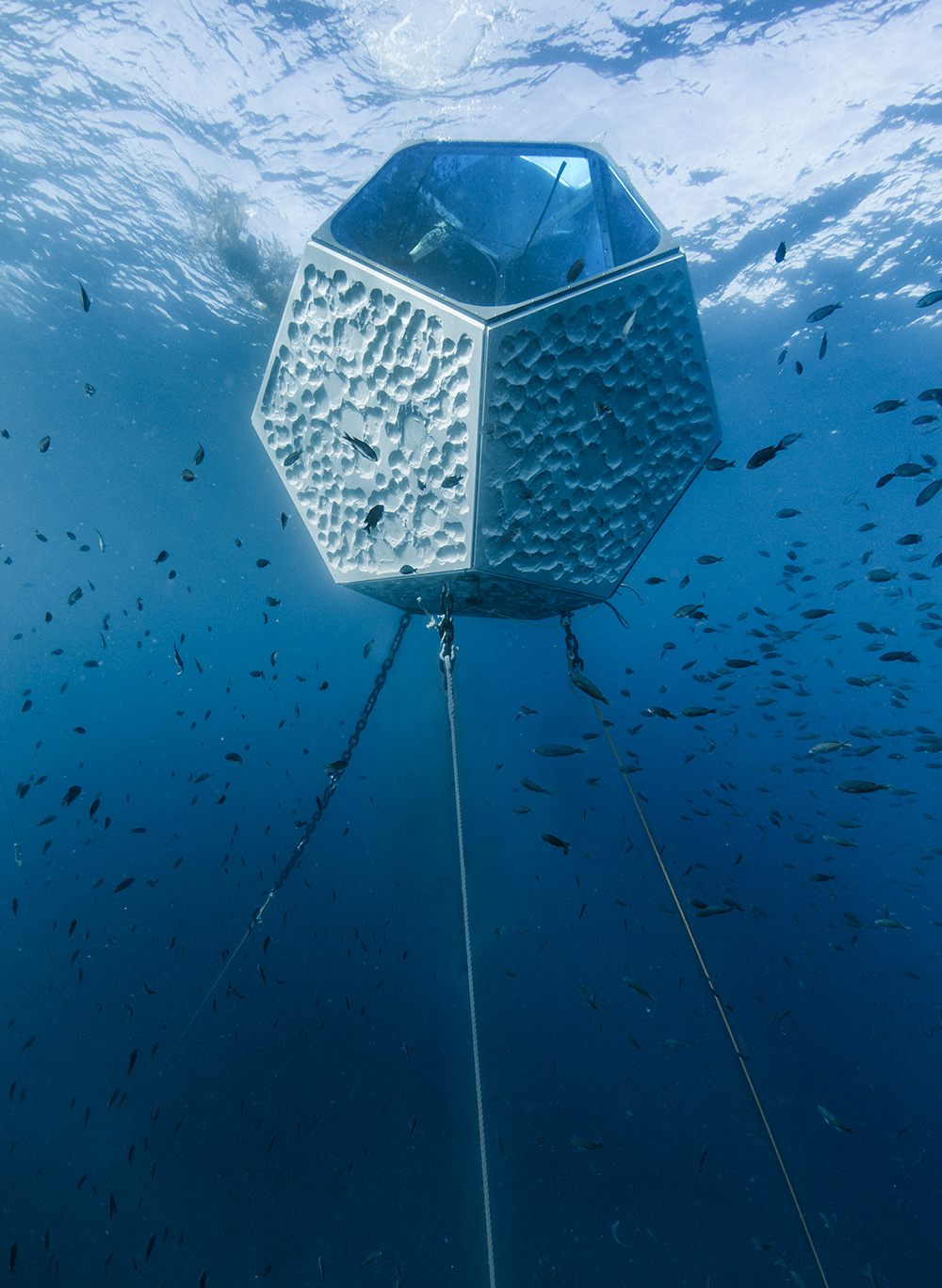 The environments created in and by the sculptures constantly change with the currents and the time of day. Photography: Shawn Heinrichs

‘I found myself really restless with the way that art only exists inside architecture,’ says Aitken. ‘We live in such an expansive world right now, it’s moving so fast with so many options that the idea of constraint should be opened. I wanted to make something that would allow the viewer to step under the ocean and penetrate the surface. That’s where our dialogue with Parley came from; a shared interest in the ocean and a different way of working.’

As well as their multiple mirrored surfaces, the prismatic structures feature rock-like, hand-carved composite panels designed to foster marine growth that can be observed by anyone around the world thanks to a live feed streamed by a network of cameras installed within the structures. When the pavilions’ time at Santa Catalina Island is up they will move on to the Maldives, although no time frames have been set yet. 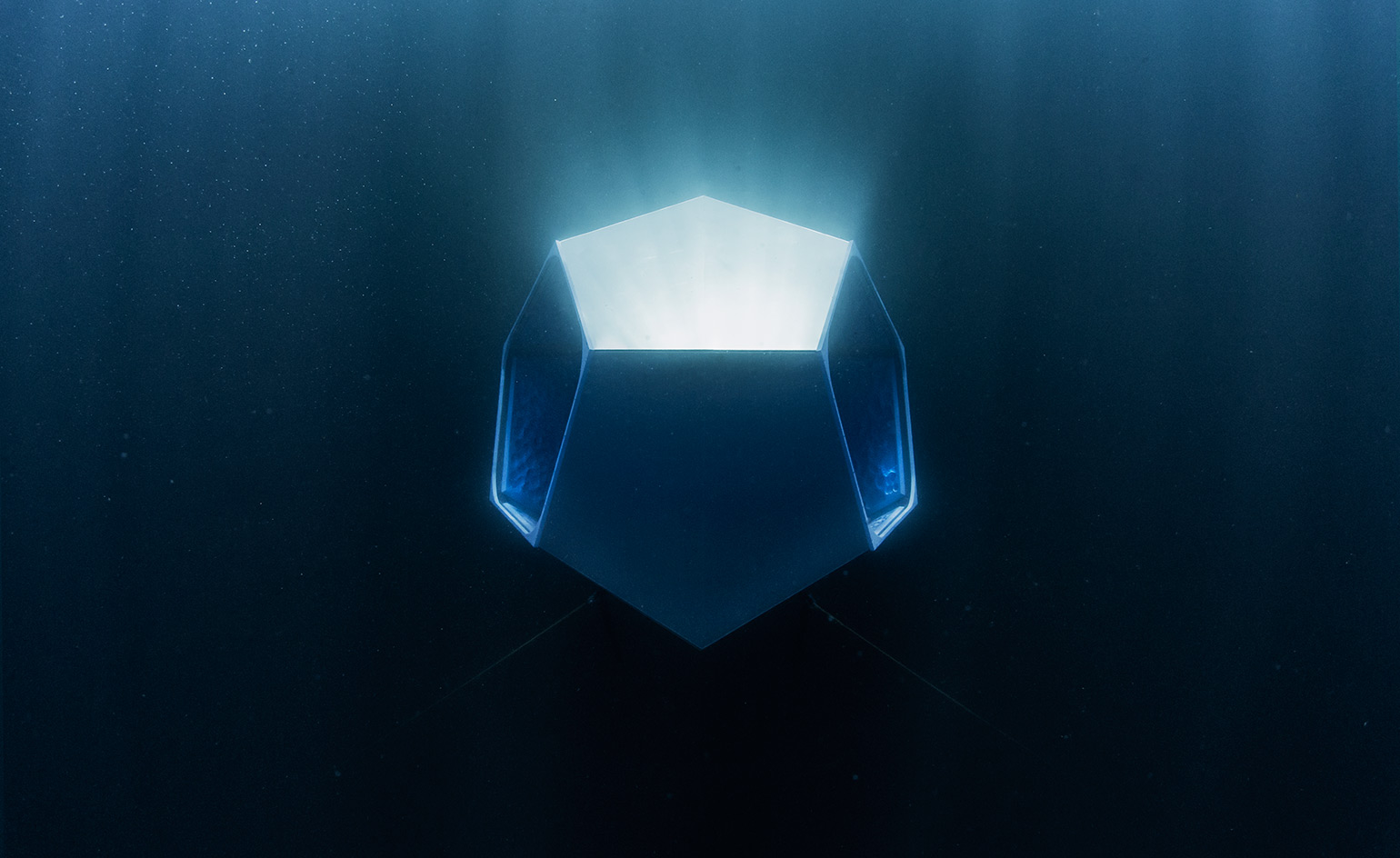 ‘It’s an exploration into the idea of something that is living, something that is forever changing, constantly in flux,’ says Aitken. ‘That’s what’s really interesting for me, that art can be living. As we see art as this increasingly capitalist system where everything is commodified, it is possible to have other alternatives. Suddenly we can take the oceans of the world and turn them inside out and give anyone access. It’s democratising the experience and providing an aperture into a forbidden realm.’

The large-scale project is installed off the coast of southern California on Catalina Island. Photography: Shawn Heinrichs

Part of each sculpture is mirrored to reflect the underwater seascape and create a kaleidoscopic observatory for the viewer, while other surfaces are rough and rock- like. Photography: Shawn Heinrichs

The work ’operates as an observatory for ocean life, creating a variety of converging perceptual encounters’. Photography: Shawn Heinrichs