In converting the 19th century Banque de France for its new purpose, the architects worked around a key priority: that the new centre had to feel inclusive to the 23,000 inhabitants of the town. ’[This is] not a museum, but a living communal place,’ explained Alain Moatti at the opening.

It’s a fitting home for the centre. Chaumont has a growing tradition in graphic design, having launched the acclaimed International Poster Design competition in 1980 following local botanist Gustave Dutailly’s endowment of his collection of vintage posters to the town in 1906.

Moatti’s minimalist construction takes graphic design as its inspiration, with thin stone sheets on an aluminium beehive base representing the designer’s canvas of page, poster or screen. At the same time, the building’s height evokes the scale of Chaumont’s civic architecture. The architects also used the same colour natural limestone as the adjacent bank’s. 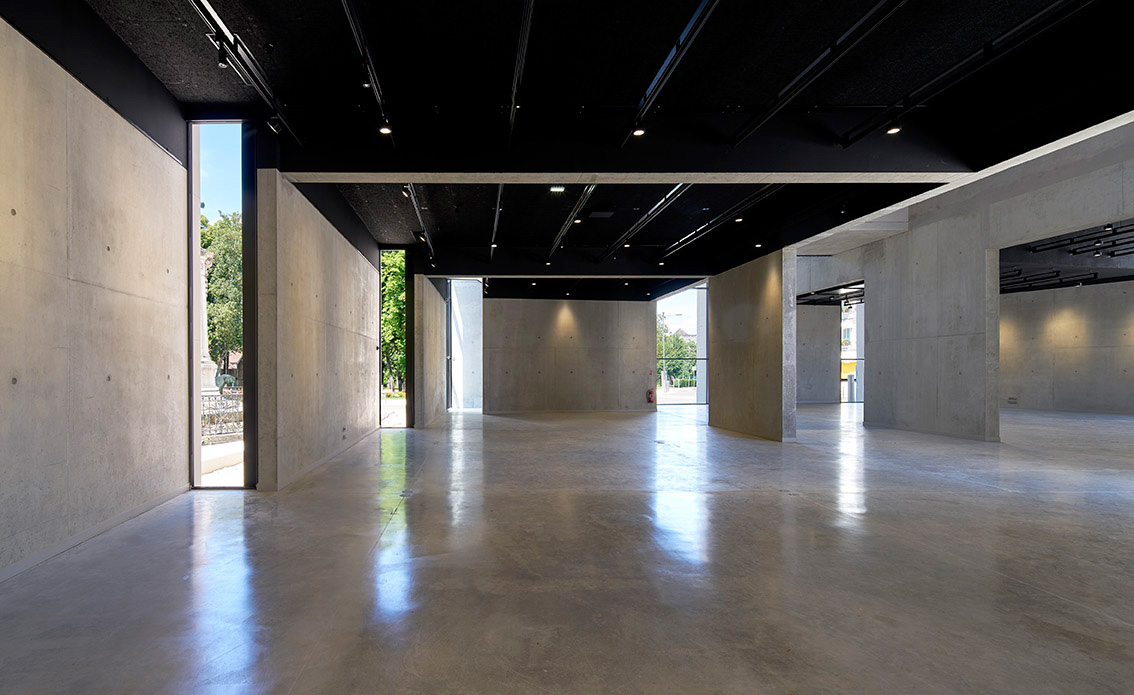 Inside, 10m-high floor-to-ceiling windows offer an extensive view over the valleys of Chaumont and the town itself, while also providing a view into the centre from the street

Weisbuch screen-printed each stone sheet individually with a double motif of black dots – ’like a tattoo, discrete, but indelible’. The centre features two floors of exhibition space, a workshop to present printing and screen-printing techniques, two training rooms, a small bookshop and ’the most beautiful café in town!’, say the architects.

As part of the original mosaic floor was damaged, Weisbuch replaced it with a functioning QR code in black ceramic tiles at the base of an original 19th century mantlepiece. She also created the sign system, an ’alphabet’ composed of 86 symbols taken from the visual patrimony of Chaumont. Milton Glaser’s silhouette of Bob Dylan is side by side with heraldic images from the town’s emblem.

’Simple through its use of a single material, rich through its volume, Chaumont’s national graphic design centre is a silent abstraction ready to welcome all images,’ concludes Moatti.

Taking their cues from Chaumont’s existing civic architecture, the architects used natural limestone whose colour matches that of a nearby bank building