In the world according to Ling Fu, the devil is truly in the details. In the three short years since she launched her Llora range of crocodile-skin handbags, the Indonesian-born, Singapore-based designer has been quietly cultivating a small but loyal cult following.

With production limited to 400 at any given time and two or three new styles revealed each year, it’s little wonder that that the marque – the name is a portmanteau of familial intimates – has become something of a semaphore for handbag mavens who flock to Fu’s sleek atelier, which is hidden away at the back of her husband’s architectural firm in Singapore’s old Chinatown.

The crocodile skins are sourced from Africa and Indonesia, though Fu confesses to a fondness for niloticus especially for her smaller clutches lined with lambskin, and porosus for larger bespoke pieces ‘as the scales remain consistent and refined’. 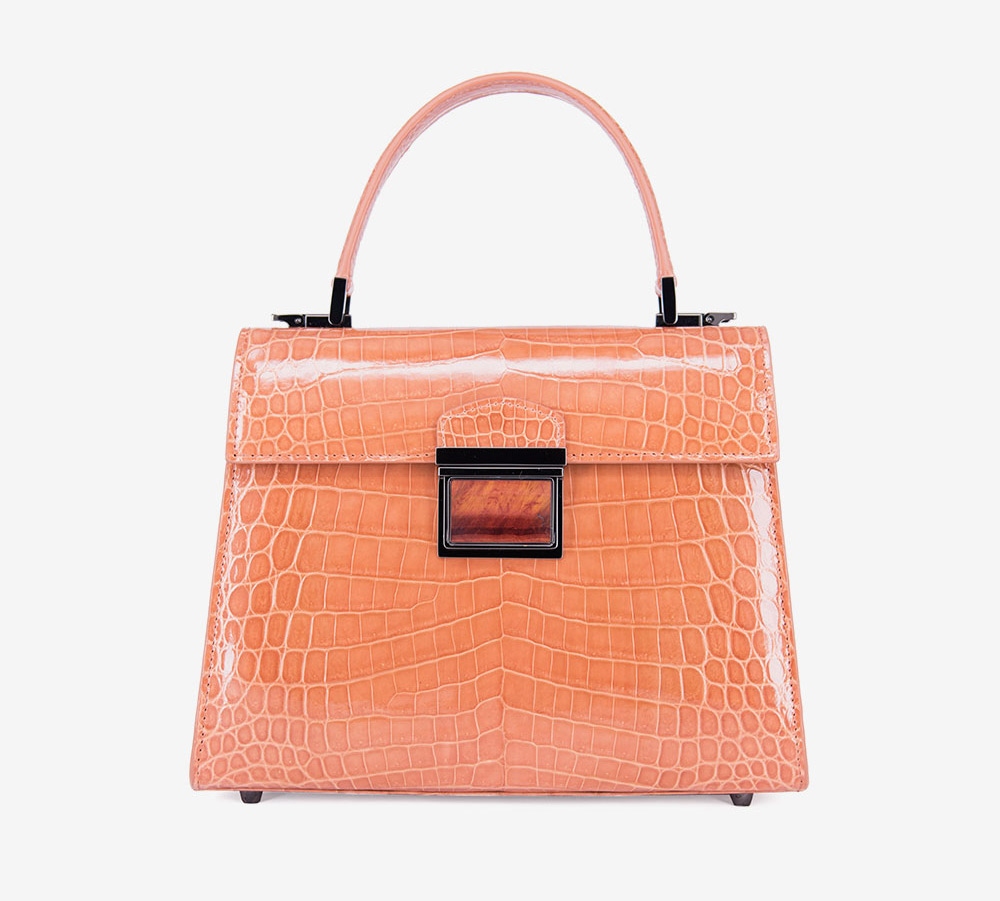 The designer’s attention to detail borders on the maniacal. Each bag takes anywhere from six to eight months to prototype. The bulk of the design process is absorbed by the hardware. ‘That takes the most time because it is the most high-performing hardware on the luxury market today,’ Fu says. ‘The galvanisation, or metal coating thickness, is more than three times the thickness used by other luxury handbag makers, as I want it to last as long as the crocodile leather.’

Even the plating, the process by which the skin is compressed, is a concern. ‘I want the skin to be flat and not bulge, so that the bag looks as sleek as possible.’ A recent detailing involves the addition of long bars of semi-precious stones like malachite, jasper, carnelian and rose quartz to the lid. Even here, Fu doesn’t cut corners, as it were, as she sends the stones to the same Florentine workshop that cuts the stones for Bulgari, Dior and Fendi.

This might well be the year that Llora leapfrogs into a larger market. Discussions are underway with major retailers in New York, though all eyes are on a potential flagship store in her husband’s Soori High Line development, and in the Middle East.

Handcrafted in her Singapore atelier, Fu’s creations take between six to eight months to prototype

The designer pays close attention to the hardware in her pieces, created to be as long lasting as the leather itself

Malachite, jasper, carnelian and rose quartz finishes are added to the lid of each bag