Set in stone: Sekford and Salvatori carve out a timeline of typography

‘Typography evokes a period. Even if you don’t know anything about typography, you sort of know what period it is from,’ says Sekford creative director Kuchar Swara on the power of type. In a special new collaboration, the most prominent typographical periods in history have been engraved into Italian brand Salvatori’s stone wares in celebration of typography’s evolution.

In an effort to honour the art form, Sekford set out to explore lettering through a technique that inspired its dials: stonemasonry. Titled ’Cutting Through Time’, the exhibition went on show during London Design Festival last month, with 26 letters and 12 numbers that delved into a typographical timeline from Ancient Greek and Imperial Roman, to Bauhaus via handsome stones and eloquent carving methods. 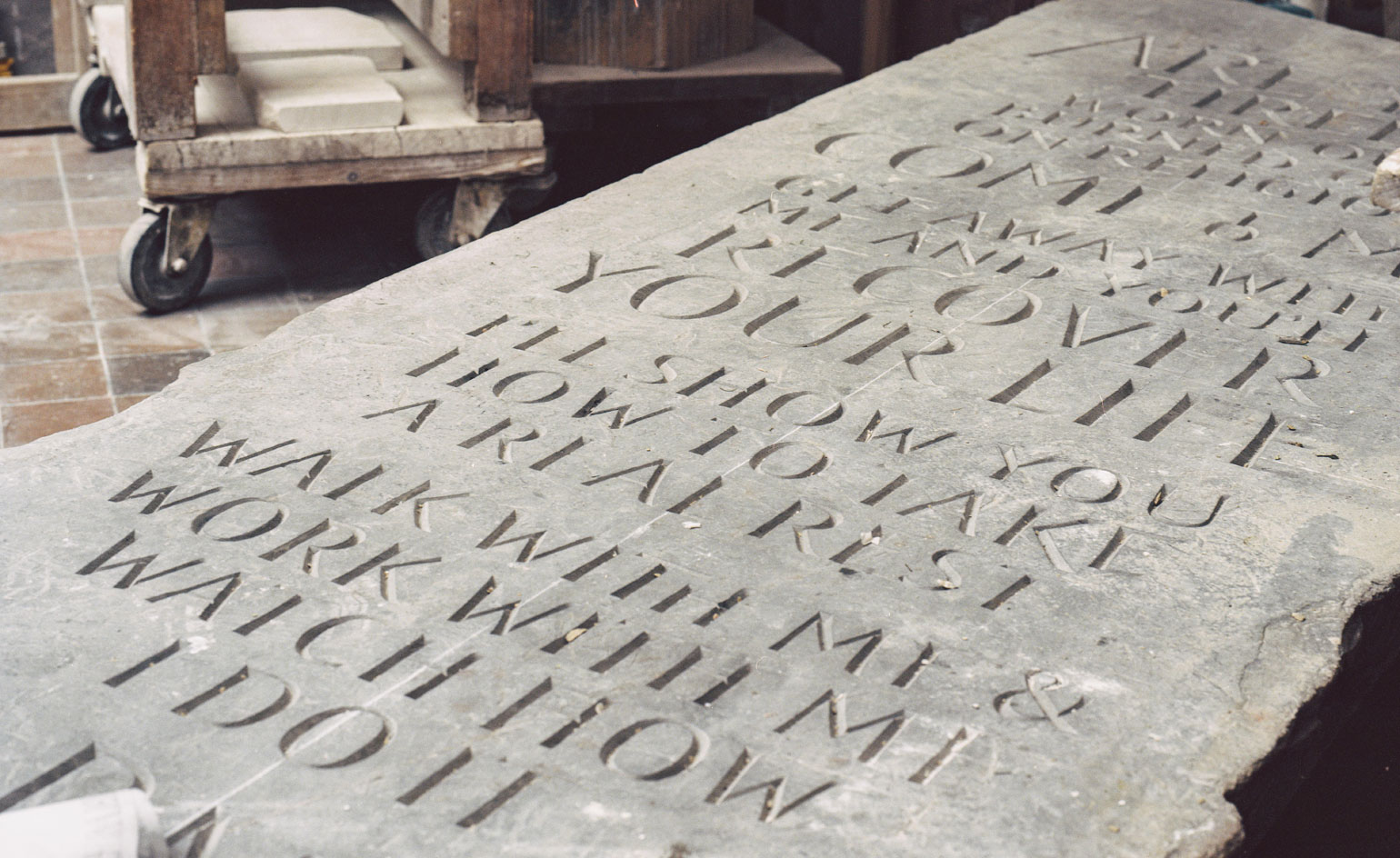 Sekford approached British typeface designer and stone letter carver Richard Kindersley to rally the nation’s top cutters for the project. Together, they took on the task of working with Salvatori’s impressive catalogue for the first time in this way, mastering the shapes in textured fine stones including Pietra d’Avola for Bauhaus, Silk Georgette for Scotch Roman and Avana for Gill and Johnston.

Aside from the challenge, Swara intended the exercise to be an educational one, distinguishing a visual narrative of the different styles. ’If you look at the very first one, the Ancient Greek letterings are so fine, simple and pure,’ he says. ‘There is almost a line coming back, a full circle when you look at the Bauhaus lettering. The postmodernist interpretations also have simple lines, no thick and thin stresses – it’s all to do with the angles.’ To wit, the stones evoke the genesis of type, where decorative experimentation had a moment, but circled back to clean line work.

The timeline concludes on the contemporary carving, which is relatively open to interpretation. Realised in 7, 8 and 0, the designs exude surprisingly decorative shapes, yet still in a modern aesthetic, keeping in line with typography’s intimate tale of ‘going back to go forward.’

Entitled ‘Cutting Through Time,’ the exhibition proposes a typographical timeline from Ancient Greek to Bauhaus-inspired type