Mathias Wendzinski was experimenting with argentic photography, using a camera his father had given him, when he got his first assignment, documenting an event in Qatar. Until then, the Frenchman had worked as an assistant for artist Thierry Dreyfus and his production company, Eyesight. A few years later, in 2006, Wendzinski moved into photography full-time. He became Dreyfus’ in-house photographer, documenting his fashion-show sets and helping with artistic projects (including a series of covers for Wallpaper* in 2011). At the same time, he started to attend and photograph exclusive gatherings of wine collectors.

Wendzinski’s oenological education has followed an unusual trajectory: over the past ten years he has tasted (and photographed) the world’s best wines and met many of their makers. ‘You get very close to the wine,’ he says. ‘It’s as if you could speak to Karl Lagerfeld while trying on one of his dresses.’ 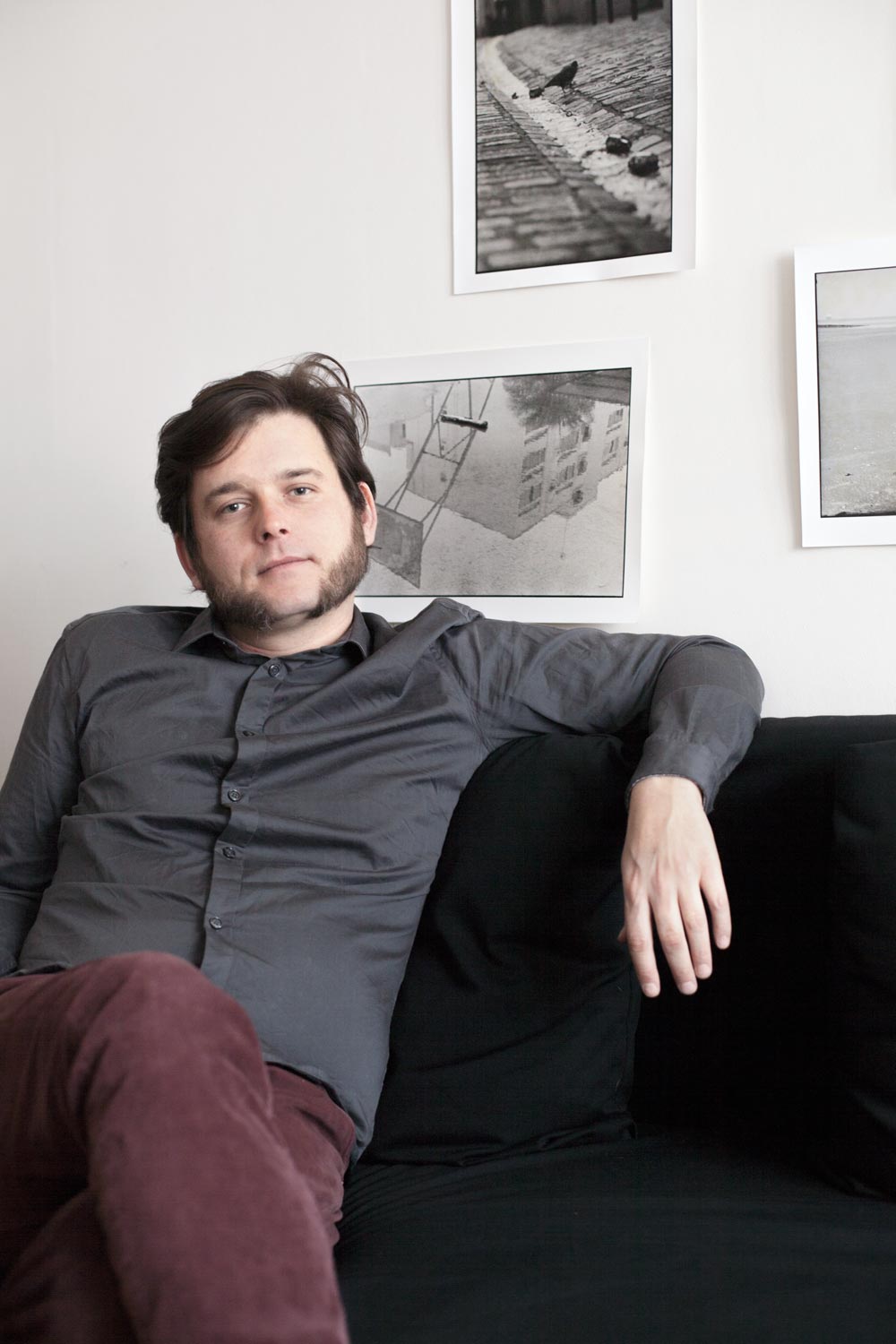 Wendzinski at home in Paris with images from his early career. Photography: Maxime Leyvastre

His first shots were more about the mood of the event, the guests and the food, he says. ‘Then I started to focus on the wine itself: its colour, the way light goes through it.’ Wendzinski’s images became abstract, geometric expressions. His point of view on wine has changed over the years, too. ‘Now I know how a great wine is supposed to taste,’ he says. ‘I educated my palate, as a musician does with his ears.’

Among his favourites are a Prieuré-Roch Clos de Bèze (which he describes as ‘tasting like a blues from Jimi Hendrix, full of nuances, powerful like a punch in the face’) and a 2000 Corton-Charlemagne (which he drank after a seven-year break from alcohol; he says it tasted ‘divine’). ‘Wine is a miracle,’ he says, ‘the result of growing grapes, the soil and climate, the winemaker’s care, and time. Add to that the pleasure of opening a great wine for the right occasion with the people you care about, and it becomes creation.’

...and this 19th-century Château Lafite Rothschild

Unknown wine, captured in 2012 in Brussels