Irish designer-maker Joseph Walsh will make his debut at PAD London this year with Sarah Myerscough Gallery. He is photographed in his studio on the family farm in cork, with his new ‘Erosion’ table, carved from olive ash. Photography: Paddy Kelly

Since 1997, gallerist Patrick Perrin has gathered the most illustrious art and design galleries, presenting a unique concoction of antiques, art and furniture, early on as Pavillon des Antiquaires et des Galeries d’Art, subsequently simply PAD. After ten editions in Paris, Perrin expanded the fair with a satellite display in London, which has traditionally coincided with Frieze and takes place during the city’s art week in October. This year, PAD celebrates 20 editions, the last ten of which have been in both Paris and London. In its ten years, the London fair has grown to more than 60 exhibitors, divided between modern art, decorative arts, photography, jewellery and design; this anniversary year sees a strong showing of returning galleries, as well as the introduction of a series of new galleries representing the fair’s varied disciplines.

Newcomer Sarah Myerscough has been operating in London since 1998, specialising in contemporary approaches to traditional craftsmanship. An admirer of the fair’s elegant mix, Myerscough had been following it since its inception, before being invited to take part this year. ‘PAD offers something unique in fair culture,’ she says. ‘It is small with an intimate atmosphere, very chic and with an exceptional  display of the highest quality design. For a collector, it’s inspiring, as each stand conveys the specialist knowledge and aesthetic of the individual gallerist.’ 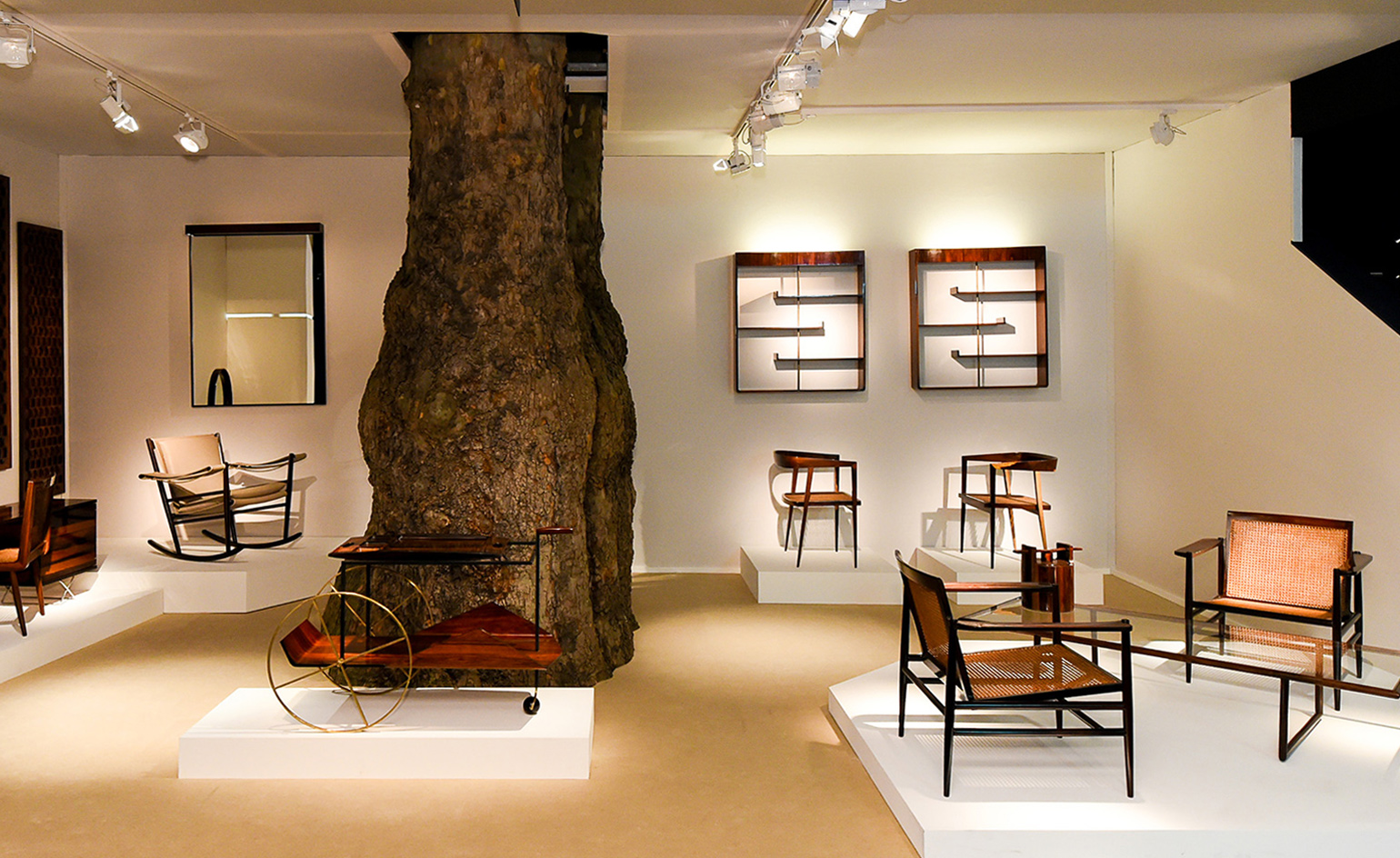 PAD London marks its 10th anniverary this year. Previous exhibitors include James gallery, its stand from the 2015 edition pictured

Her debut booth features the work of Irish creator Joseph Walsh, a master of sinuous forms carved and bent out of wood, whom the gallerist represents as part of her portfolio of international craftsmen. ‘Small, studio-based production by skilled designer-makers using traditional techniques has an honesty and integrity that can be lacking in contemporary design,’ she explains. ‘The excellence of making by hand, the time spent on lovingly creating design pieces adds a real personality to the work that is timeless. There is a tangible sense of the designer-maker in the work, the trace of making, a creative dynamic that enriches your life.’ Walsh’s work fits perfectly into these criteria; the designer’s output includes one-off pieces that offer a new perspective on woodwork. His creations include sculptural furniture such as beds, tables and benches, and he has also been similarly creative with often overlooked items like shelves.

Myerscough will present new pieces from Walsh’s extensive shelving portfolio – titled Enignum, the series is made of olive ash and each piece appears to be standing effortlessly and magically bending. ‘When I am creating I think of the piece as an expression and how the user will experience it, the emotion and sensation that the form stimulates,’ Walsh explains. ‘Function brings a very valuable engagement; it gives the object the sense of purpose and the user a relationship to the piece, so that it becomes a part of daily life in a tactile and intimate way.’ 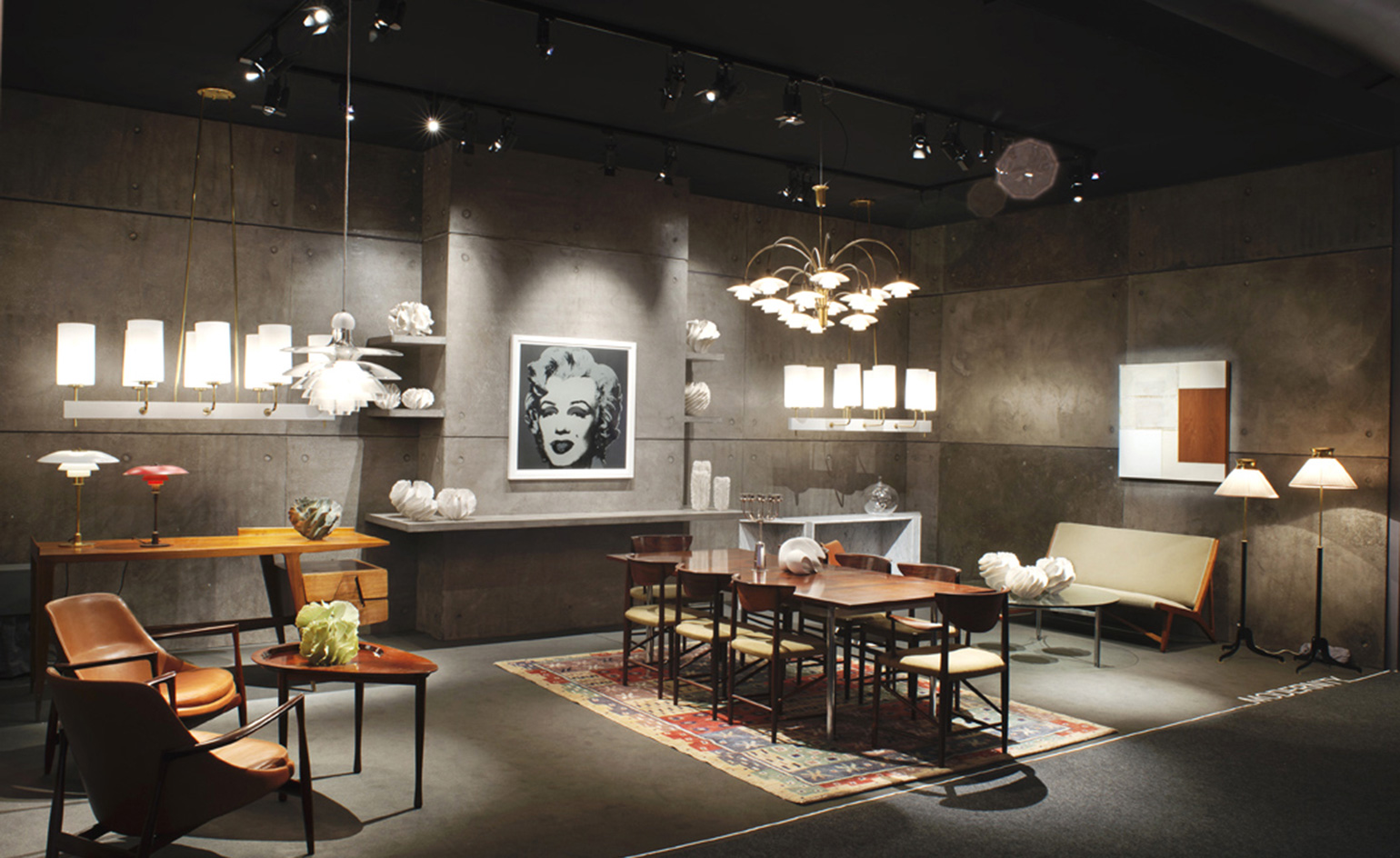 Walsh’s studio is based in Cork, Ireland, on his family farm. A location that, he notes, allows him to be close to nature, but also to escape and travel whenever he wishes. This proximity to natural cycles is reflected in his forms, evident in both his shelves and in the new ‘Erosion’ tables that Myerscough is presenting in October. ‘Every nuance is considered, every technical detail carried out to perfection. The end result is a fluid, organic, sculptural work – for me, these are stunning art works, with a character and presence that will live on through generations,’ says the gallerist. Each piece, she notes, is handcrafted by a team of artisans working with Walsh to achieve his forms, bringing his vision to life.

‘I love the freedom to move between work which is pure expression, sculpture, and works where the expression is refined into a functional piece,’ adds Walsh. ‘It’s important to participate in a dialogue with galleries and enter into a creative curatorial process,’ he explains, adding that having been a regular visitor to the fair, taking part this year is a joy. ‘It’s challenging and stimulating to be part of these dialogues and an essential part of the creative process.’

Myerscough presented new pieces from Walsh’s extensive shelving portfolio – titled Enignum, the series is made of olive ash and each piece appears to be standing effortlessly and magically bending. Courtesy of Joseph Walsh

In its ten years, the London fair has grown to include more than 60 exhibitors including Carpenters Workshop Gallery (pictured, 2013 booth)...