Screen idol: Hiroshi Sugimoto’s serene series of theatres is worth looking up to

It takes a rare sort of curiosity to devote a lifetime to a single project. But it was this ‘sense of vocation’ that spurred Japanese photographer Hiroshi Sugimoto to capture theatres around the world for nearly four decades.

Sugimoto began work on his Theaters series when he was just 28 years old. Forty years later, he finds himself revisiting his earlier photographs – and by extension, his younger self – for a new book celebrating this body of work, published by Damiani Editore in collaboration with Matsumoto Editions.

Using a large-format camera and no light source other than the projection of the running movie, Sugimoto captures an entire film in one starkly serene still. Each full-length feature film renders as a brilliantly luminous white box, gently coaxing out the architectural details of each space in the artist’s characteristically masterful use of monochrome. 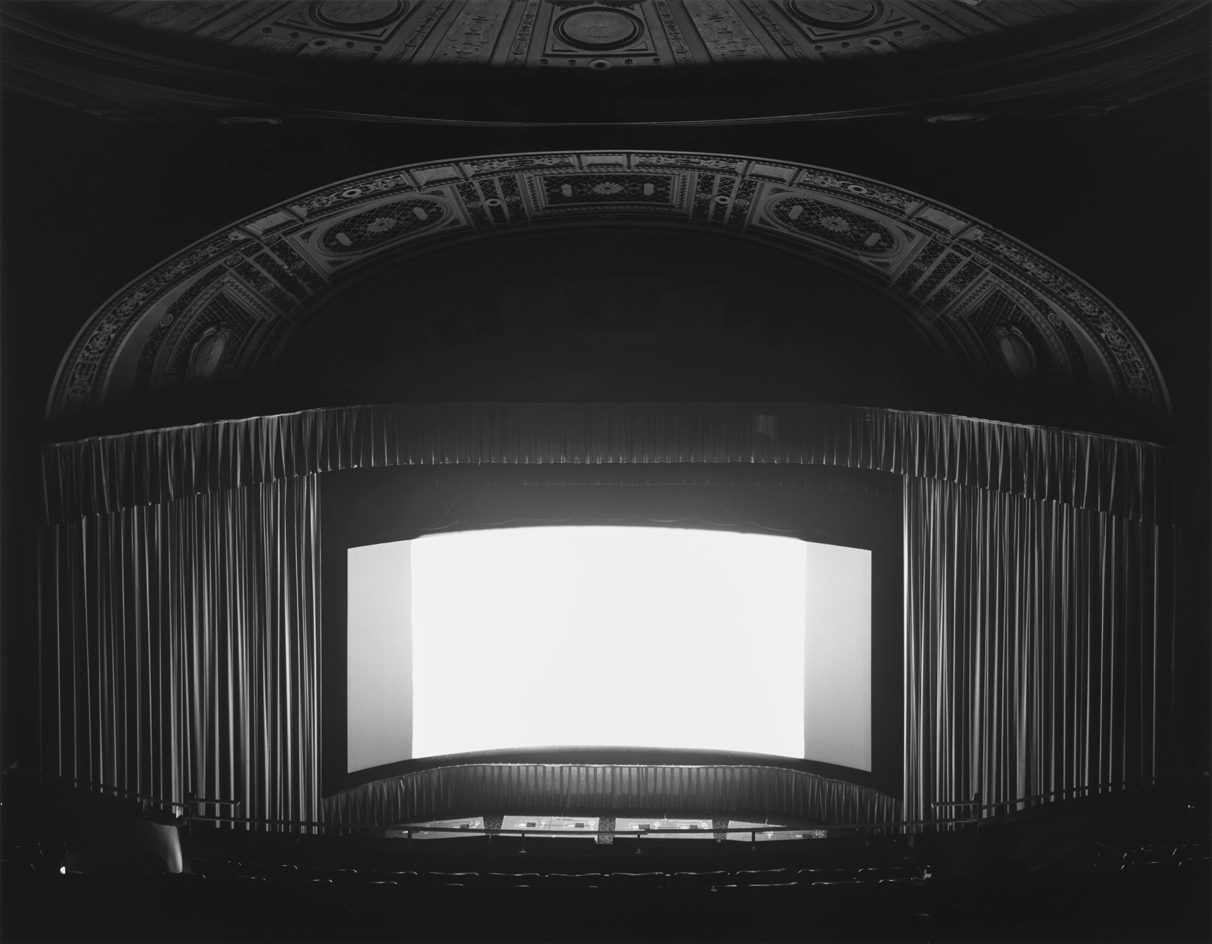 ‘I wanted to photograph a movie, with all its appearance of life and motion, in order to stop it again,’ the artist explains in the book’s foreword. ‘My dream was to capture 170,000 photographs on a single frame of film. The image I had inside my brain was of a gleaming white screen inside a dark movie theatre.’

The book, too, is worthy in its own right as a fascinating and simply beautiful catalogue of theatre architecture. Sugimoto leads with classic American movie palaces built in the 1920s and 30s. Ornate and stoically majestic, they embody the pinnacle of Hollywood’s Golden Age. The 1990s saw the artist cruising through drive-ins; IMAX screens dominate later, strangely alien and imposing in their scale.

More recently, Sugimoto has circled back to the film industry’s romantic prime, capturing historic theatres in Europe as well as turning his lens on abandoned venues. He imagines the works to ‘be the embodiment or manifestation of something awe-inspiring and divine’. Certainly, the artist’s heavenly interpretation of these architectural spaces is worth looking up to.