A Victorian terraced house in north London, converted once before in the 1980s, has been reshaped and extended by Studio Octopi. A 10m-high glass infill was slotted in beside the neighbouring wall to open up space for a double-height dining room and new master suite on the first floor.

Further adjustments included rebuilding the existing closet wing and introducing a new open stair leading from the basement to first floor, which also allowed the architects to increase ceiling heights. ‘The original house was very compartmentalised,’ says James Lowe, director at Studio Octopi, of the house prior to their intervention. ’There was no connection between the basement and ground floor, and the rooms in the closet wing were very tight with low ceiling heights.’ 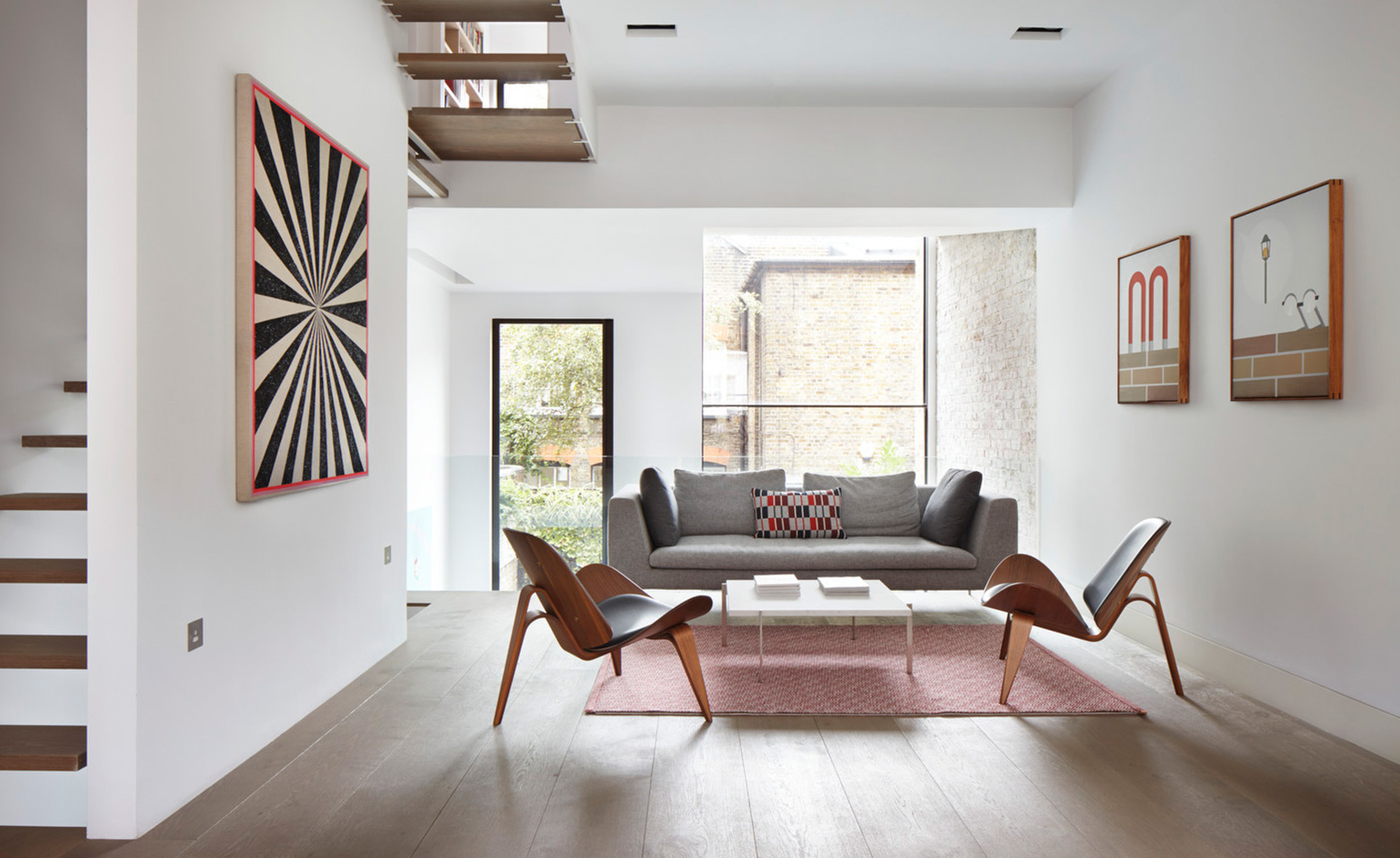 The open tread stair follows the principles of the open plan design, allowing views between the levels

The feeling of a natural flow from space to space was important to the function of the home. ‘With a tall thin house the likelihood is you’re going to spend a fair amount of time on the staircase,’ says Lowe. ‘The ability to see through the stair was key to maximising the sense of space, but also animating circulation.’ Considering the family’s different needs, the architects designed a snug with a kitchenette at the front of the house: ‘Perfect for the older children to hide out in.’

Required by the planners, the bricks of the extension were matched to the mottled colours of the Victorian terrace. ‘Normally we would of expressed the addition with a different material; however we’re pleased with the elegance and simplicity achieved,’ says Lowe.

At basement level, a polished concrete floor provides material continuity from the dining room to the patio, accessed through a 5.5m pivot door and adjacent 6.3m high vertical sash window. ‘Although very complex to achieve, the result benefits so many spaces,’ says Lowe, ’unifying the entertaining spaces and coming into its own during the summer months.’

The double-height open plan dining room completely refreshed and modernised the home, which was previously low ceilinged and compartmentalised

The architects’ favourite feature of the design is the 6.3m high vertical sash window and 5.5m pivot door

The connection of the living space with the patio garden gives the basement floor space ’a broad use and flexibility’, says Lowe

A snug with kitchenette has been designed at the top of the house, with an outdoor roof terrace looking out from the front of the property

The master suite is on the first floor of the house