Villa Harnischmacher II was originally designed by Marcel Breuer in 1954, but its has just been lovingly restored by new owners. Photography: Achim Hatzius

A thorough restoration of one of Bauhaus master Marcel Breuer’s lesser-known gems, Villa Harnischmacher II, has just been unveiled by its new owners, Monika Maria and Stefan Eller.

Located in Wiesbaden’s city centre, the bungalow was originally designed for the Harnischmacher family in 1954 – in fact, it was the second one designed for them by Breuer. The first one was damaged during the war and this smaller version was constructed in the grounds of the original, destroyed villa.

Bought by the Ellers in 2011, the structure – which is also Breuer’s only built home in Germany – was carefully refreshed over the course of four years, with the help and support of the German office for the preservation of historical monuments and the architecture firm Schreiber & Partner. 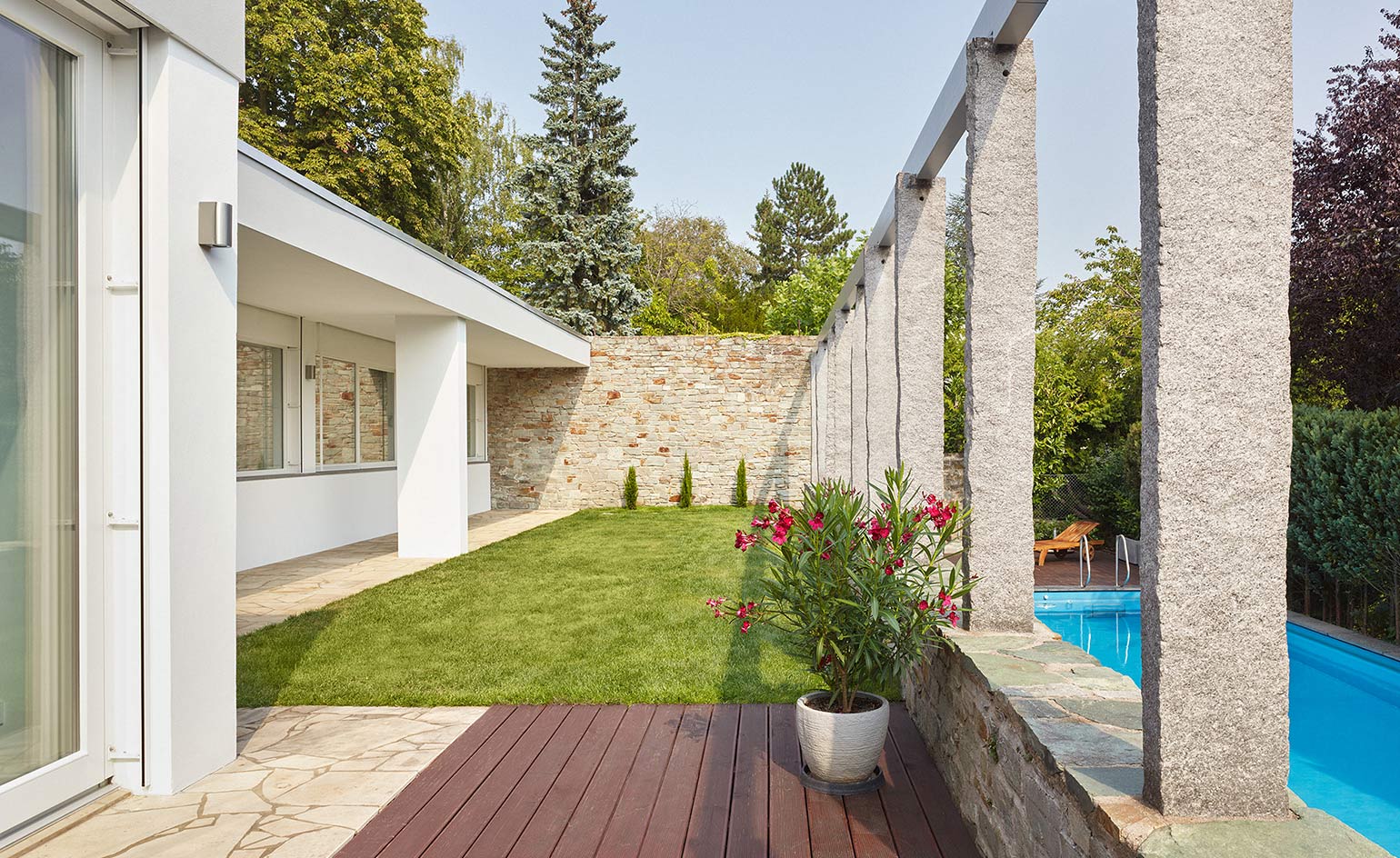 ’We discovered the house because it was advertised by a big international real estate firm. But, in the advert, there wasn’t the slightest hint that this was the only bungalow by Marcel Breuer that still existed in Germany,’ recall the Ellers. ’It was, of course, extremely important to us to preserve the original design.’

The clean, white Bauhaus villa features open plan living areas and has been lovingly furnished with a selection of pieces from the multidisciplinary artist and designer’s Thonet range. Crafting fitting interiors was equally important to the family, as was restoring the architecture appropriately. The tubular steel classics, most of which were designed in the late 1920s and 1930s, create a consistent theme for the house and perfectly complement its marble, leather and stone details.

Large openings, including a sliding door, help connect the interiors to the garden and swimming pool outside. These are bordered by the property’s original stone wall.

Now, the villa remains a precious listed historical monument, true to Breuer’s original intentions and the Bauhaus principles, while equipped with modern amenities and energy-efficient gear that bring it straight into the 21st century. ’To us, this bungalow is the perfect combination of timeless and very modern elegance on the one hand, and just the right amount of cosiness and wellbeing on the other,’ say the Ellers. ’We are incredibly proud that we discovered this architectural treasure and are now allowed to enjoy it each day.’

The tubular steel classics are set against the villa’s carefully picked materials, such as the marble fireplace

The verdant garden outside includes a swimming pool, bordered by the property’s original stone wall