Open plan: a vacation home in the Berkshires becomes one with the landscape

Nestled in its idyllic Massachusetts landscape, this house by Tom Kundig of the Seattle-based Olson Kundig Architects was designed as a holiday retreat for a Boston-based family. It stands on an ecotone - the geographical location, where two different ecological systems meet - poetically marking the point where a forest becomes a meadow. 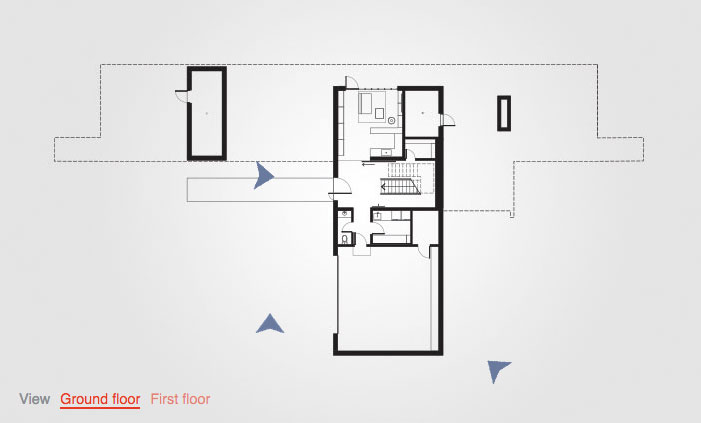 Making the most of its particular location, the house was designed to both look out towards the green nature around it, but also act as a refuge. The house is thin enough that both apsects of prospect and refuge can be experienced in every room. To combat any insect issues, large rolling screens drop down from the ceiling to the floor, when the windows are open to evoke a country house mainstay; the screened porch.

Kundig felt able to be creative and playful, since this is a second home. The main level of the house stands about ten feet above ground. In the living room, which features two walls of windows each 24 feet wide and 11 feet high, cranking a metal wheel allows the walls to slide completely open and suspend on cantilevered beams.

The same mechanism also appears in the master bedroom at the house’s other end, which means that both flanks of the house can open almost completely to the environment.

Kundig designed the house to be elevated, offering a vantage point for the owners to take in the views, but also make it appear protected

A simple concrete entrance leads to the building’s main staircase that leads to the top, central living area, at the heart of the house

Glazing and openings around the main level make for a bright and open interior, fludded with nautral light

The same mechanism also appears in the master bedroom at the house’s other end...

...which means that both flanks of the house can open almost completely to the environment

For more information on Oslon Kundig visit the practice’s website