If architecture is, as Mies van der Rohe famously claimed, ‘the will of an epoch translated into space’, how was the break from colonial rule expressed in the built environment? With daring and optimism – at least in the sub-Saharan Africa of the mid-twentieth century, when newly independent African countries were confronting complex issues of sovereignty and national identity. An exhibition organised by the Vitra Design Museum, on view until the end of May at New York’s Center for Architecture, explores this little-known wave of ‘African Modernism’.

‘When the countries of sub-Saharan Africa became independent, the young nations used architecture as a tool for nation building,’ says Manuel Herz, curator of the exhibition and editor of the accompanying book African Modernis’, published by Park Books. ‘I wanted to focus on the countries that became independent in the years between the late 1950s and the early 60s, as I also wanted to focus on architecture of the 1960s and 70s.’ And so the government buildings, museums, schools, universities and conference centres featured in the show are in five budding nations: Ghana, Senegal, the Ivory Coast, Kenya and Zambia. 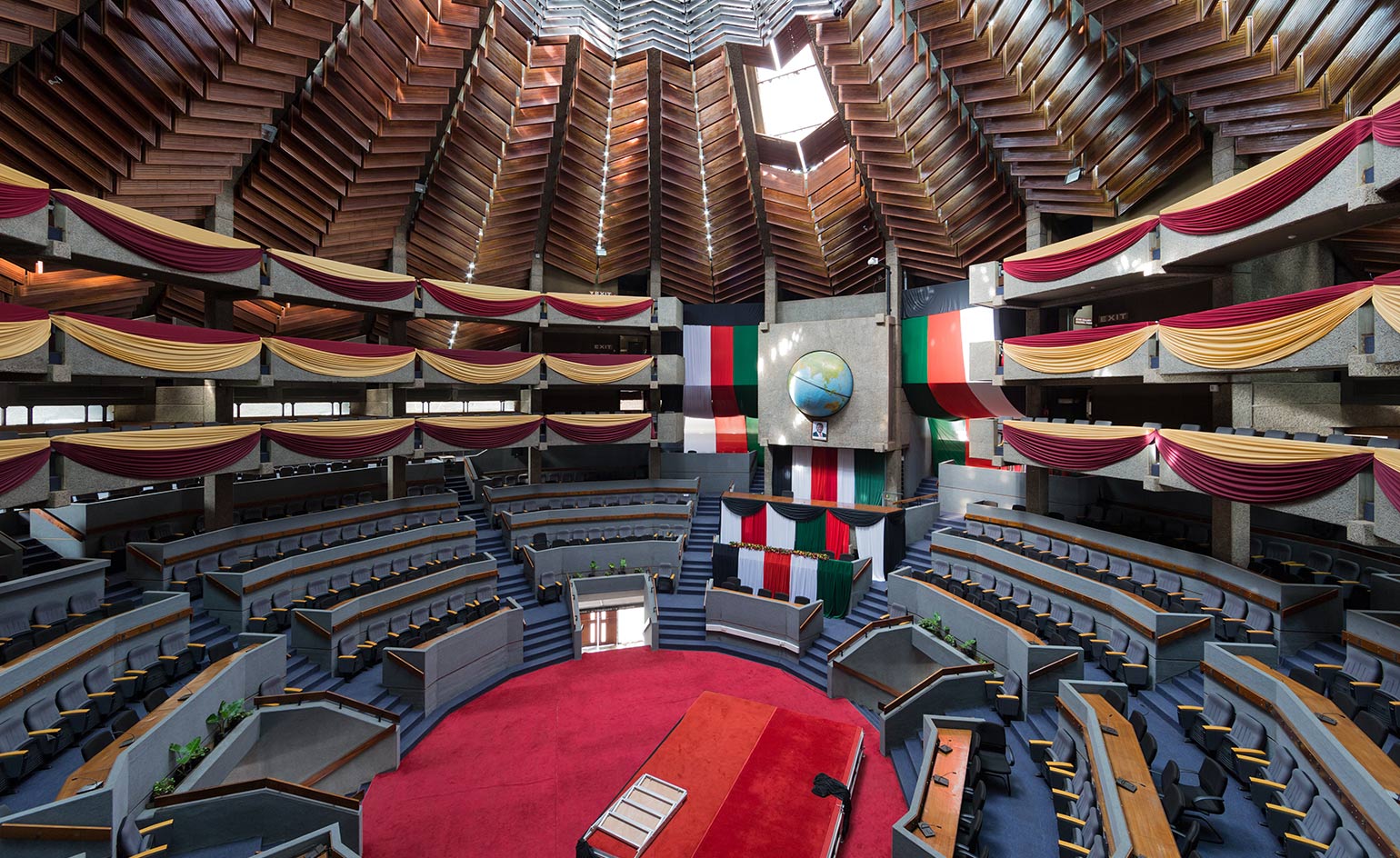 Glass vitrines contain archival ballast – sketches, plans, newspaper clippings, commemorative stamps – but it is the contemporary photography at the heart of the exhibition that brings the modernist projects to life, contextualising their grand ambitions within messy, multi-layered realities. Reproduced at snapshot scale in wooden-framed, wall-mounted groupings, images by Iwan Baan and Alexia Webster show each of the approximately 80 featured buildings as ‘actors in the urban environment’, explains Herz. ’It doesn’t make the building a hero but shows how they curate urban space.’

Spanning five distinct countries and the work of mainly Western architects, the exhibition reveals both commonalities – the use of concrete, lifted volumes, a flowering of latticed screens – and specificities. ‘[The] programme was different,’ says Herz, offering the example of Ghana’s dedication to educational institutions while the neighbouring Ivory Coast was focused on office buildings and public housing. And materiality often varied widely. ‘In Zambia, brick was used frequently, while this is almost unknown in Kenya, resulting in very different architectural expression, even though the climates of the countries’ capitals are quite similar.’ 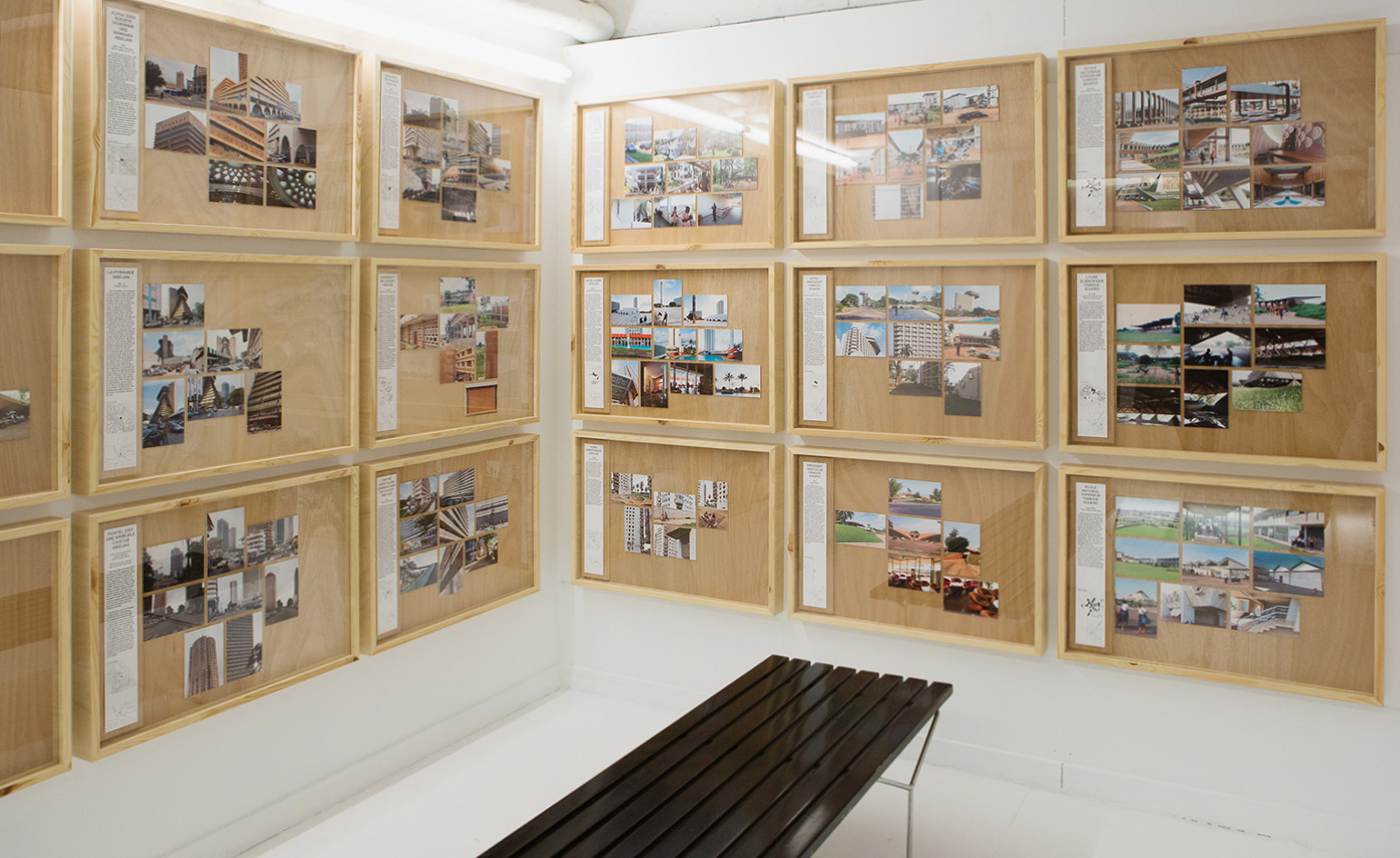 Installation view of the exhibition

There is much to see, from the beautiful optimism of Abidjan’s Hôtel Ivoire (conceived by Moshe Mayer as a glamorous icon of the ‘African Riviera’ he envisioned) and the remarkable Foire Internationale de Dakar (FIDAK, the International Trade Fair of Dakar) to the National Assembly of Zambia, where a taxidermy tiger and lion prowl the floor of parliament, and Nairobi’s Chai House, an elevated, UFO-shaped nightclub tiled like a disco ball.

‘When we think of Africa in terms of architecture, we usually only think of slums, slum-upgrading, emergency housing, or “humanitarian architecture” such as orphanages,’ says Herz. ‘This exhibition will hopefully shift the way we look at the African continent today, not as a region of poverty and misery, but as a continent full of amazing cultural and architectural production on the highest level.’

Exterior view of the exhibition, ’African Modernism’, organised by the Vitra Design Museum, on view until 27 May at New York’s Center for Architecture

’African Modernism’ is on view until 27 May. For more information, visit the Center for Architecture website