Zaha Hadid has realised different sinuous silhouettes for the 2017 Brit Awards trophy. Watch them come to life in this film...

Dame Zaha Hadid’s powerful creative legacy continues in full force. The late designer’s most recent project – one of her last commissions before her sudden death earlier this year – sees her apply her Midas touch to the prestigious 2017 Brit Awards trophy.

In the making since January, the special project has now been left in the capable hands of Maha Kutay, director at Zaha Hadid Design. The studio forms a family of five bespoke statues, all linked by the architect’s sinuous style.

The pieces allude to a feminine form, but with each ’model’ gradually leaning over to the side so when arranged together they appear playfully dancing. Hadid’s army all possess the recurrent hat that defines historic trophy designs, all realised in the same clean resin finish. 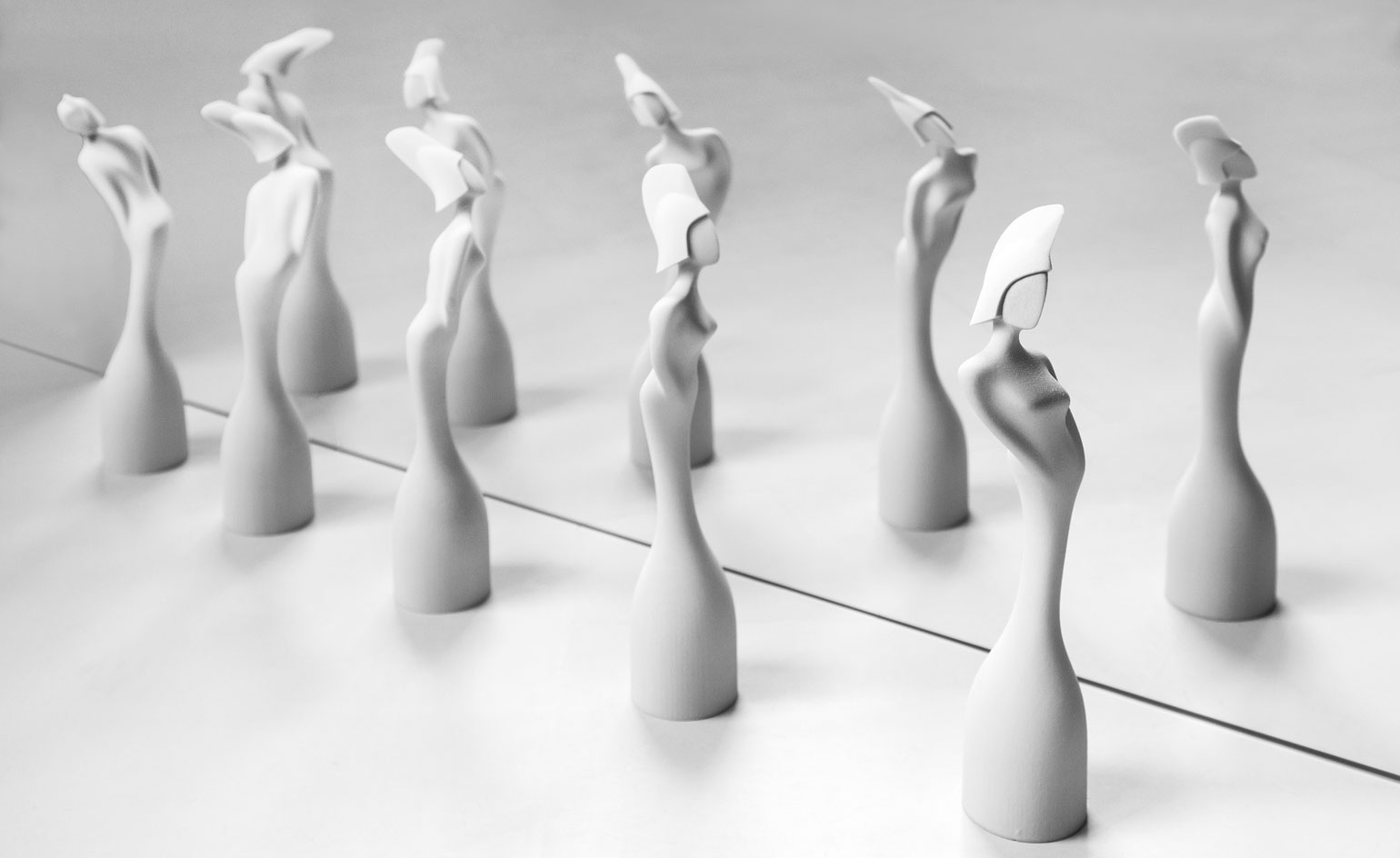 Hadid follows in the virtuous footsteps of Damien Hirst and Tracey Emin in designing the music trophy, however unlike these artists – who have emblazoned the figurine (Hirst with his Pharmaceutical spots; Emin with her emotive handwriting) – the studio has transformed the statuette’s silhouette.

Kutay says, ’Zaha was truly excited to be doing this. Her vision was, being an architect, to focus our efforts more on the 3D element.’ The studio’s far-reaching experimentations endure; this announcement follows the recent release of Hadid’s first ever works in walnut in her final collection for David Gill Gallery.

‘Our [trophy] design expresses Zaha’s unwavering belief in progress and optimism for the future and a break from norm,’ Kutay adds.