Our guests settle in for dinner with Dom Pérignon at Claridge’s, London. Photography: Mark Cocksedge

The 20th anniversary of Wallpaper* this year has called for celebrations of all kinds – among them a staff knees-up for everyone who had ever worked for the brand, a pop-up gallery on Mayfair’s Cork Street, and a panel discussion at the V&A. But best of all was an intimate dinner at Claridge’s recently. Joining forces with Dom Pérignon and its chef de cave Richard Geoffroy, we gathered some of our closest friends, representing all the creative disciplines we cover – design, architecture, art, fashion, food and, of course, fine wine.

Wallpaper* was founded in 1996. And as we washed down food by chef Simon Rogan with successive glasses of Dom ’96, we realised that, as Francis Albert Sinatra would say, it was a very good year – for all present.

Barber & Osgerby founded their studio in 1996 and created the ‘Loop’ table, which would attract the attention of their first major patron, Giulio Cappellini. John Pawson, who designed our subscribers’ cover this month, published his seminal book Minimum in 1996. And Amanda Levete, then at Future Systems, brought architectural finesse to London’s Docklands with her West India Quay Bridge. 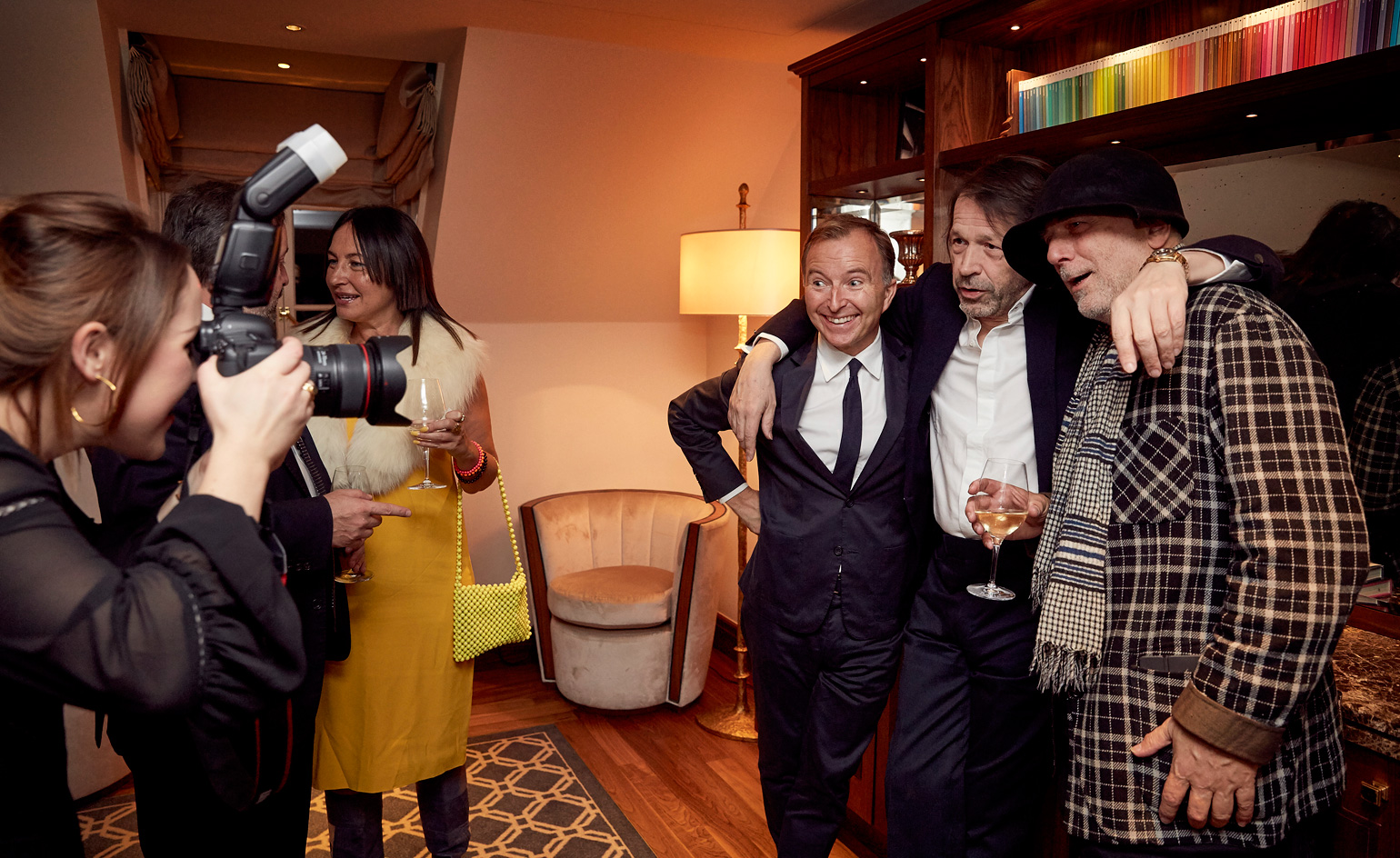 1996 also saw Ron Arad reinvent the wheel. Not literally, but with his rolling circular bookcase, while Tom Dixon conceived his iconic ‘Jack’ light. Peter Saville, being Peter Saville, moved into his outlandishly louche Mayfair flat. ‘The Apartment’, as it was known, was perhaps a prototype for the Wallpaper* aesthetic. ‘I should have bought it,’ he quipped.

A young Ben Evans, now director of LDF, was working behind the scenes in 1996 to propel a similarly young Tony Blair to 10 Downing Street. Gregor Muir, now director of Tate’s international art collection, was laying the groundwork for his book of record on the YBAs. Lucky Kunst! That’s the title of the book – not a comment on Gregor’s fortunate double decade. Conceptualist artist Joseph Kosuth put the finishing touches on The Boundaries of the Limitless, which remains one of Japan’s largest works of public art.

Our younger friends were well on their way to success in 1996. Artist Conrad Shawcross finished his foundation course at the Chelsea School of Art. Simon Fujiwara was a boarder at Harrow, where he would be mentored by his eventual muse Joanne Salley – now the subject of his video installation at London’s Photographers’ Gallery. Designer Beatrix Ong was interning at Harper’s Bazaar and hot British fashion talent Simone Rocha was just celebrating her tenth birthday.

Finally, 1996 was also a very good year for Dom Pérignon. It was the year that Richard Geoffroy took the helm, and produced one of the brand’s best vintages. So it was fitting that we toasted its newest release, the P2, an exceptional champagne in its second Plénitude (stage of maturation).

It’s hard to improve on a classic, but whether among champagnes or creatives, maturity clearly has its perks.

Left, an impressive marble display houses one of Dom Pérignon’s finest vintages from 1996. Right, the table setting for our intimate dinner, with a menu concocted by chef Simon Rogan and accompanied by successive glasses of Dom

The December 2016 issue of Wallpaper* is out now! Subscribe here