There’s nowhere in Helsinki quite like the new Iittala and Arabia Design Centre shop. Located in the former Arabia factory, it brings classics, bestsellers and limited edition pieces by both brands under one roof for the first time.

The new store is one of many homeware outlets within what has become popular shopping mall for design tourists, and aficionados will not be disappointed with this new addition. Arabia’s ’Paratiisi’ tableware from 1968 is there, alongside the perennially popular ’Kastehelmi’ range, Kaj Franck’s pared back crockery and new editions such as the delicate ’Flora’ glassware.

Arabia opened its first factory in the neighbourhood in 1873, and quickly became the go-to tableware brand for almost every Finnish household. As well as offering the best of both brands, some displays explain the making process behind many of the pieces, which in the case of Iittala, are made at its glassblowing factory in Hameenlinna, two hours from Helsinki. 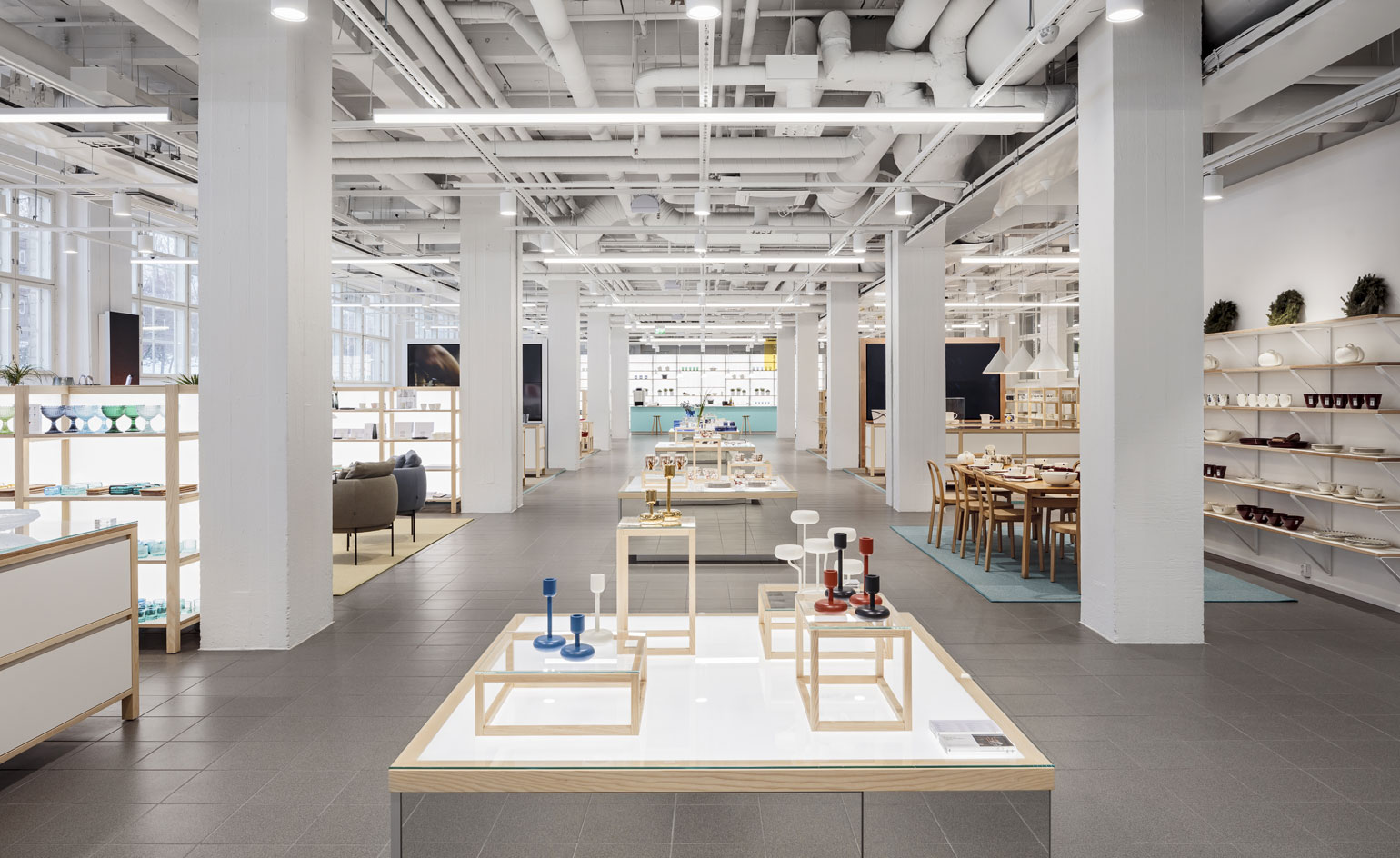 Last month, Arabia’s new Design Museum opened on the ninth floor of the same building. It feels similar to the store, but has pieces dating back to 1873, carefully displayed as a timeline under glass bell jars. Rare pieces such as ‘ice fantasy sculptures’ designed by the late Tapio Wirkkala in his hut in Lapland sit next to rough edged Finlandia glassware by the late Timo Sarpaneva. Nine Arabia studios also house ceramic artists in residence.

Next year, Finland celebrates 100 years of independence. To mark the occasion, mother company Fiskars, which includes Iittala, Arabia and Hackmans in its portfolio, will launch 45 limited edition products. Among them are ten Arabia mugs, each representing a different decade and a new range of ’Kastehelmi’ tableware in blue (Finland’s national colour). They also gifting a 40-hectare forest, established in 1649 as an iron works in the village of Fiskars, to the nation.

Various displays explain the making process behind many of the pieces

On the ninth floor is Arabia’s recently opened Design Museum that has pieces dating back to 1873, carefully displayed under glass bell jars

For more information, visit the Iittala and Arabia website