Humberto Campana sketches the costume for the Crystal Woman character in Virtually There, a new performance inspired by Oskar Schlemmer’s Triadic Ballet (1922) and presented by Mana Contemporary in Jersey City. Courtesy of Estudio Campana

In 1922, German modern artist Oskar Schlemmer debuted his seminal Triadisches Ballett (Triadic Ballet), an avant-garde dance performance in three parts celebrating the emerging industrial era. Nearly 100 years later, film and art director Mafalda Millies and curator and creative director Roya Sachs revisit Schlemmer’s concept of ‘machine meets man’ with Virtually There at the Mana Contemporary, New Jersey. ‘Roya and I wanted to invite artists that were very different and dynamic to bring together their interpretations of how man was affected by, in Schlemmer’s case, machine culture, and in our case, digital reality.’

Millies and Sachs enlisted Brazilian design duo and brothers Humberto and Fernando Campana to design the costumes, which function as the stage’s ‘furniture’ and inform the choreography. ‘The costumes in Schlemmer’s case were really important because they changed the way that the dancers moved. He was very concerned with how man acted and reacted in space and he wanted the costumes and the dancer to create a sort of friction that would yield new movements,’ says Millies. ‘We wanted someone from the architecture and design world, who could make something that did not fit the body, but that was meant to interrupt the body.’ 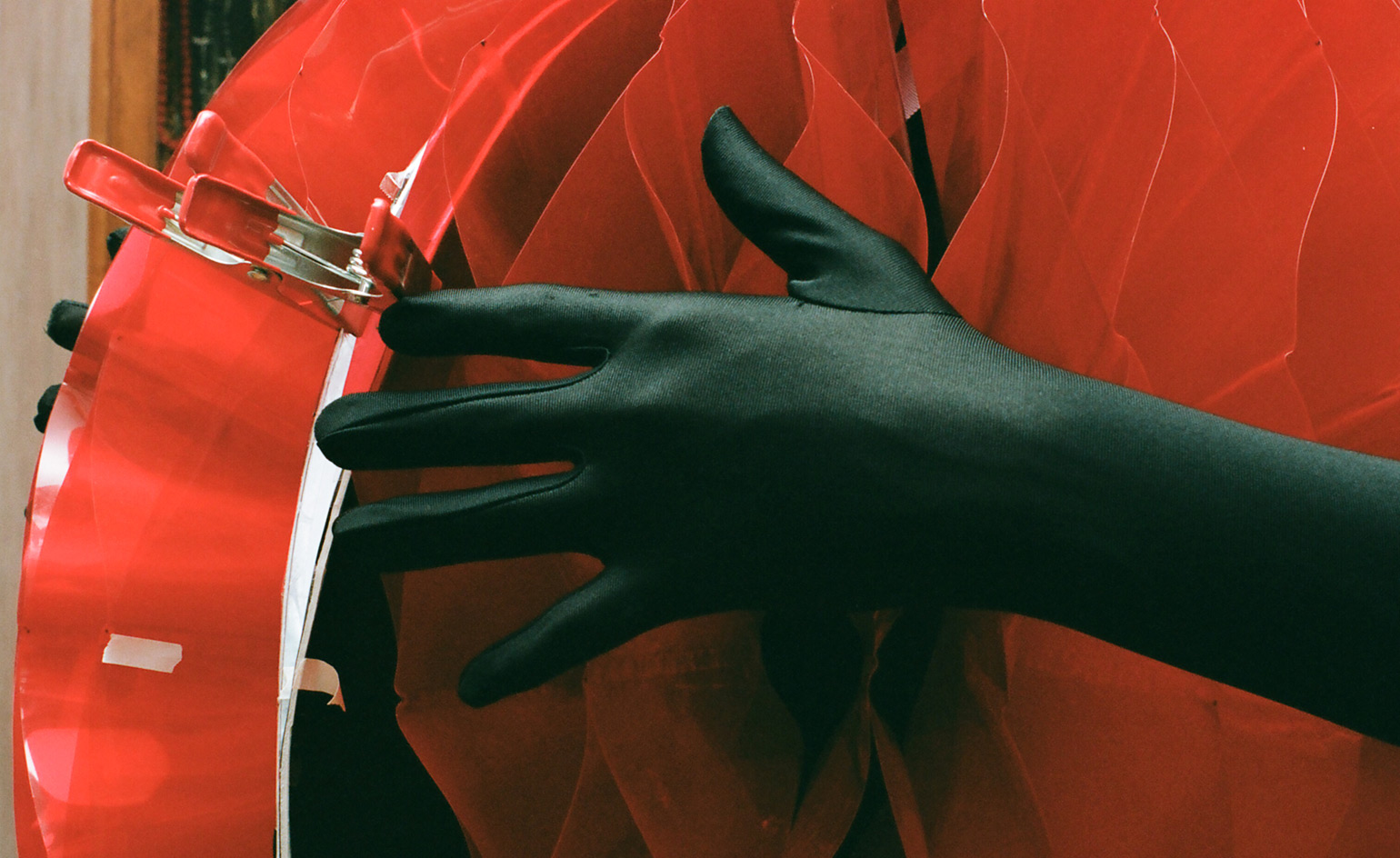 Charged with this request, Humberto Campana took to New York’s bustling, gritty Canal Street and started pulling materials such as LED lights, PVC, and inflatable and holographic materials. ‘I always start with material I find on the street, and then work it into something more elegant,’ says Campana. ‘I wanted very contemporary materials that inspire the pop culture of New York.’

Working from Sao Paulo with New York costume designers, Jon Can Coskunses and Simone Duff, he created five costumes in response to Schlemmer’s original vision. When combined with the movements by modern dance choreographer Karole Armitage, the costumes’ vibrant colours and riotous lines and shapes suggest the mechanical, the natural and even the fantastical. 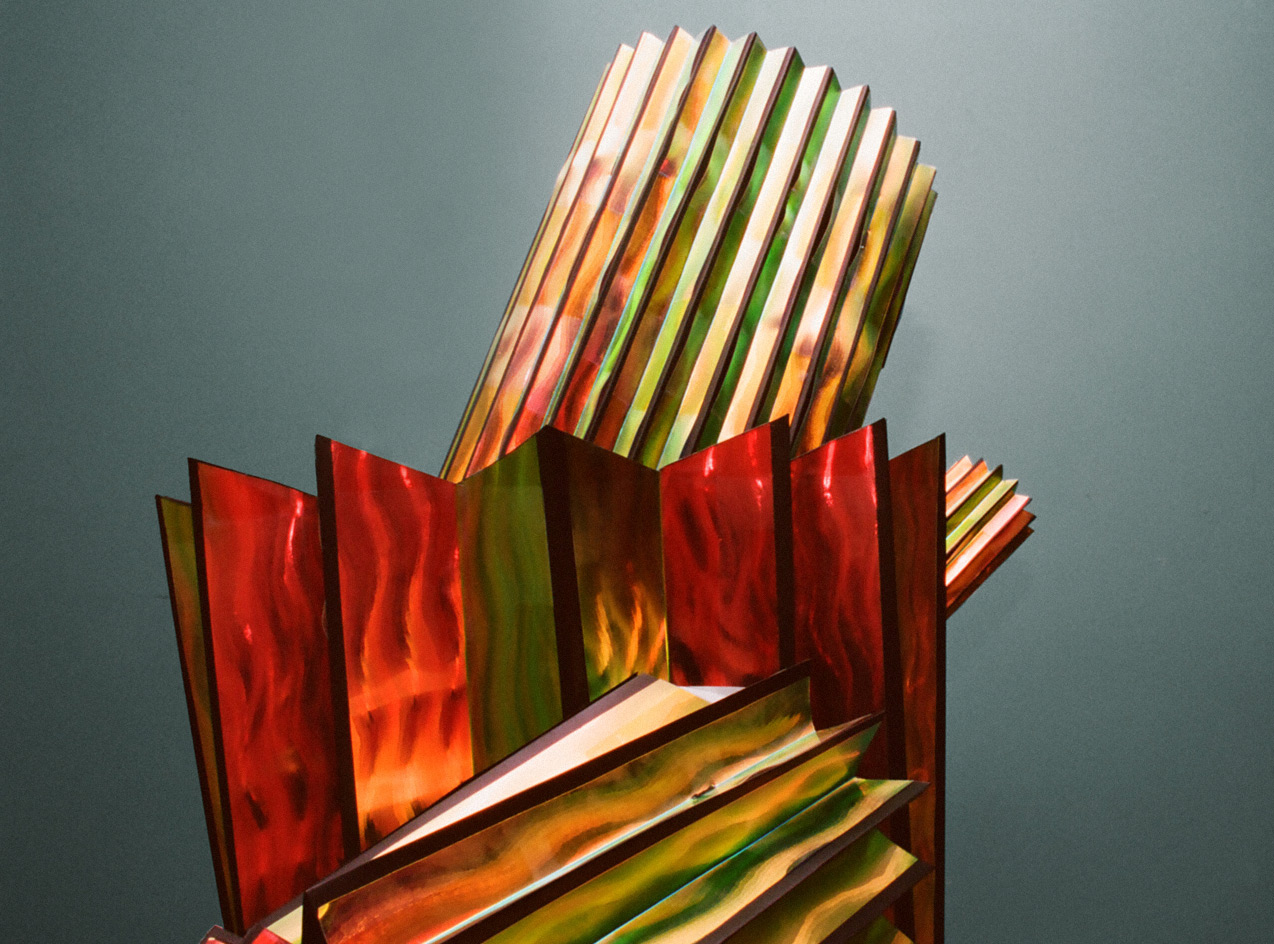 The dance begins with the Honeycomb Woman, a round red sphere with an accordion-style core that opens to reveal a mirror, playfully encountering the Accordion Man, who shimmies, shakes, and rotates in a holographic corrugated metal-looking suit. Other dancers include the Inflatable Woman, who is dotted with bright inflatable shapes; the Crystal Woman, who is fully adorned in lights and geometric forms and the Inflatable Man, who wears a transparent suit lined with lights that equally resemble neon threads and human veins.

‘When you look at Schlemmer’s costumes, it is all about the mechanical and the industry, which was very heavy and rigid and mechanic and inconvenient,’ explains Sachs. ‘Now we are in an age of fluidity, convenience and transparency. So even though there were these three separate acts and you see different characters, first, the two with a playful naivety and lack of awareness, it slowly transitions and there is a new type of harmony where man is digital and digital is man – a new dynamic.’

Sketches by associate designer Jon Can Coskunes of the Accordian Man (left) and Inflatable Woman (right), designed by the Campana brothers

Virtually There: A performance inspired by Oskar Schlemmer’s Triadic Ballet runs until 22 November. For more information or to purchase tickets, visit the Mana Contemporary website