Exploring ’The Form of Form’ at the 2016 Lisbon Architecture Triennale

This weekend saw the launch of the 2016 Lisbon Architecture Triennale. Curated by André Tavares and the late Diogo Seixas Lopes, the Portuguese festival this year explores the theme ’The Form of Form’. Photography: Tiago Casanova

’Architecture is a complex and articulated process but if you lose the process and only keep the form you lose the core of architectural practice,’ says André Tavares, co-curator of the fourth Lisbon Architecture Triennale, entitled ’The Form of Form’. So many decisions are taken by engineers, specialists in planning and fire regulations, he continues, ’that when the architect arrives on the scene the building is often pre-designed and he may be doomed to just building a beautiful façade’.

The Triennale, curated by Tavares and the late Diogo Seixas Lopes, opened last week with the aim of exploring all the strands that make up architecture, many of them invisible. Themes rarely considered – but of fundamental importance – include the relationship between client and architect or contractor and developer, changing social contexts, labour conditions on building sites and the economic impact of the construction industry. 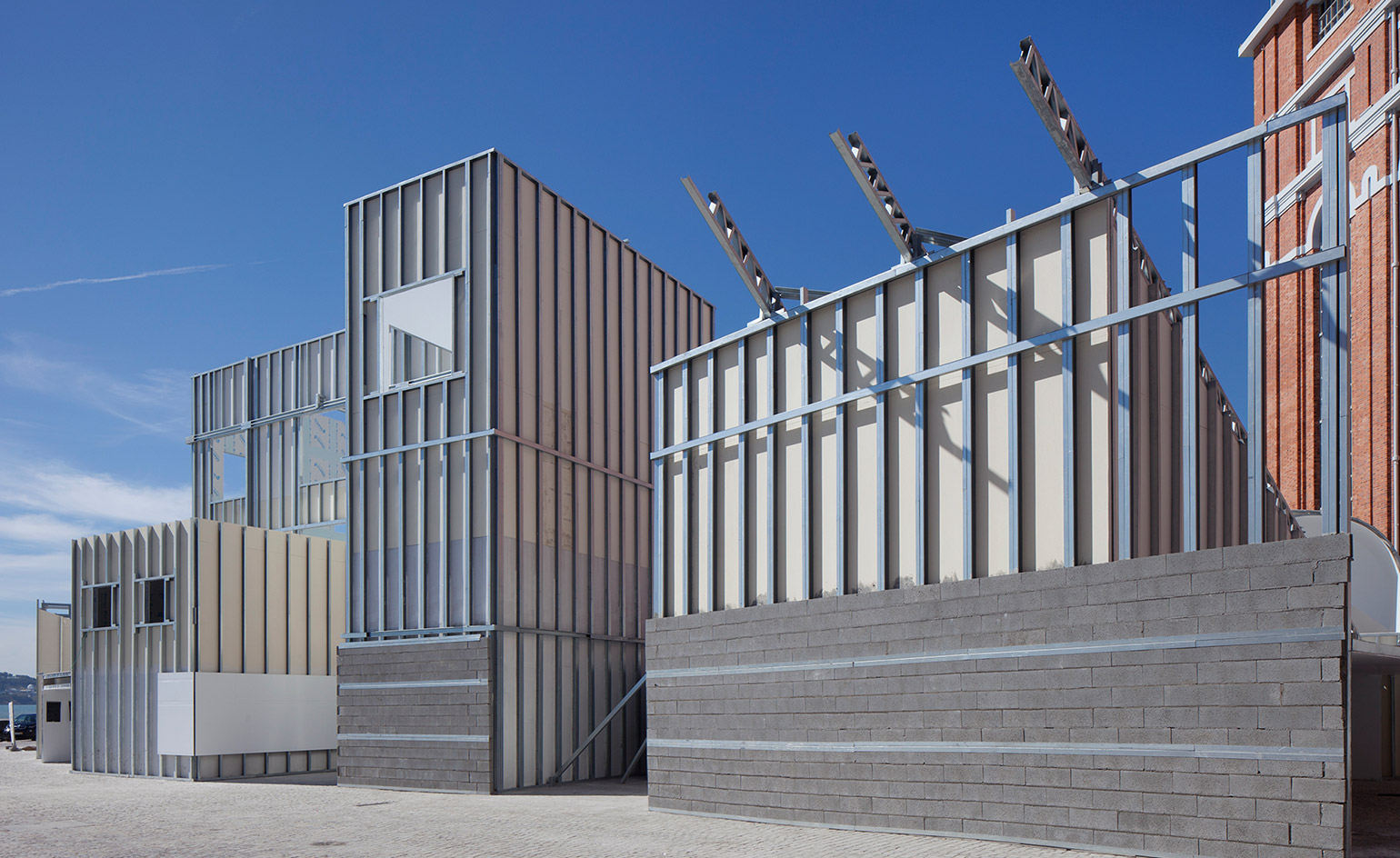 The central exhibition, also called ’The Form of Form’ and curated by Lopes, is located on the patio outside the newly inaugurated MAAT (Architecture, Art and Technology) Museum. This installation saw three architecture practices – Belgium’s Office KGDVS, Johnston Marklee from the US and Porto-based Nuno Brandão Costa – choose elements and spaces from each other’s designs and put them together in a new structure composed of 12 interlinked ‘rooms’. Some are several storeys high, others low-slung with domed ceilings. Some are covered, others open to the elements. ’You can read each space individually,’ says Costa, ’or you can go through the spaces in a fluid way and experience this as a total space.’

On the walls of the different rooms are a compendium of architectural forms selected by Paris-based studio Socks that range from drawings of Rome by Piranesi to plans of a millennia-old Neolithic settlement in southern Anatolia or a model of an agricultural city design concept by Japanese architect Kisho Kurokawa.

Arguably the most interesting element is the structure itself, which offers a jarring yet strangely harmonious juxtaposition of spaces. By putting spaces together that were never intended to co-habit, new relations and typographies of space are forged. Minimalist white interiors are contrasted with raw steel frame exteriors, and arched doorways bleed into rectilinear open-air courtyards.

Seen against the red brick backdrop of the Tejo Power Station (also part of MAAT) and the endless blue Lisbon skies, the result is surprising, layered, mesmerising and provocative. It poses difficult questions about authorship and looks at how form can be a universal language that brings together architects from around the world. ’It works very much also as a grammar of architecture,’ says Kersten Geers of Office KGDVS. ’You realise that despite superficial differences as practices, the way you think about form has an enormous amount of parallels.’

It involves the work of three international architecture practices – Belgium’s Office KGDVS, Johnston Marklee from the US and Porto-based Nuno Brandão Costa

The installation is large-scale and varied; some rooms are several stories high, others low-slung with domed ceilings. Some are covered, others open to the elements

’The Form of Form’ is on view until 12 December. For more information, visit the Lisbon Architecture Triennale website