From his first job working on the landscaping of Hawaii’s Sheraton Hotel in the 1990s, Enzo Enea has been refining his craft. So much so that the Swiss-based founder and CEO of Enea Landscape Architecture is, these days, the go-to guy for creating lush green spaces that combine head-turning showmanship with a nuanced eye for balance and intimacy.

These are particularly busy times for Enea’s practice especially in Miami where his name is on the hoardings of a clutch of bold-faced projects including Enrique Norten’s One Ocean, Arquitectonica’s Oceana Bal Harbour, Zaha Hadid’s One Thousand Museum, OMA’s Park Grove and Isay Weinfeld’s Fasano Residences + Hotel Miami Beach.

We took the opportunity to pin the landscape architect down to find out more... 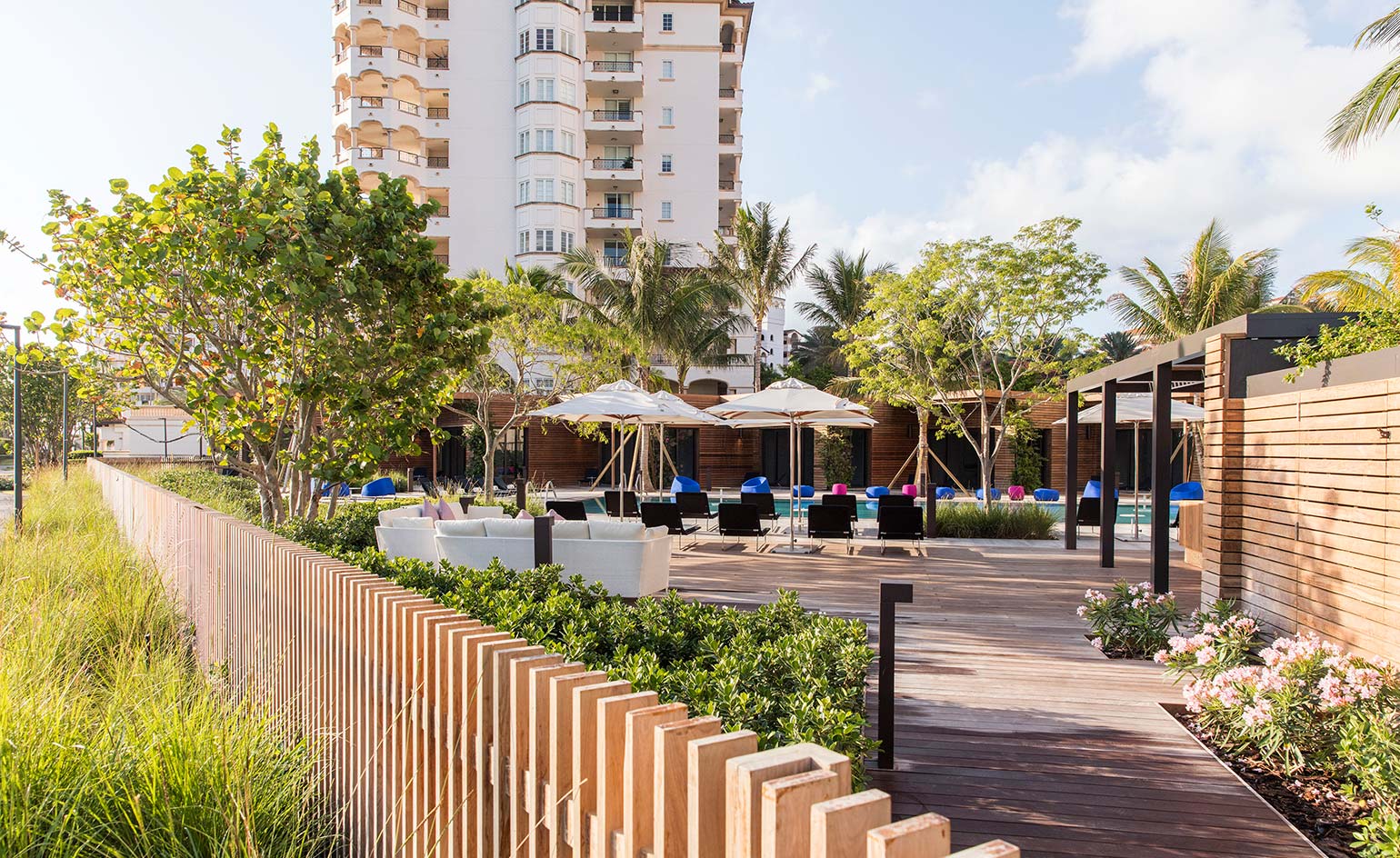 In a tropical climate like Miami’s where temperatures can exceed 40°C, such a requirement requires careful study to create a micro-climate that would allow the families to really enjoy the outdoors. We were inspired by the idea of indoor and outdoor connectivity, but the view of the water was key. It’s why we changed the position of the cabanas to face the water and open up views by strategically placing trees and palms away from those views.

W*: What was the most challenging aspect of the project and how did you resolve it?
EE: The project was already under construction before we were involved, so that made the design process atypical. It was a challenge to catch up. As there was no pause in the construction schedule, we had to provide a concept design that was not only fresh, but feasible in terms of constructibility. We had to work efficiently to build trust and bring value to the project. Happily, the client was very open to the bold moves we proposed.

W*: Which part of the project are you proudest of?
EE: The most notable part of the gardens is the arrival and porte-cochère drop-off, and the pool deck that overlooks the waters of Government Cut and South Point Park. We designed architectural elements draped with flowering vines to make the space more green and fresh. The design weaves the natural paving materials with varying textures and shades of green to make a natural but manicured landscape.

W*: What is your assessment of the state of landscape architecture today?
EE: Landscape architecture is fundamentally about designing our future environment and producing remarkable transformations. It is a combination of science, engineering, biology and art, and it is more complex than most people can think. It is hard to think of another profession that has accomplished so much for society.

W*: What are some pitfalls that young practitioners starting out in the business should be aware of?
EE: It is important to be practical. Pushing the envelope in design is a given; however, it is important not to lose sight of the goal of the projects, and to respect the client’s budget. 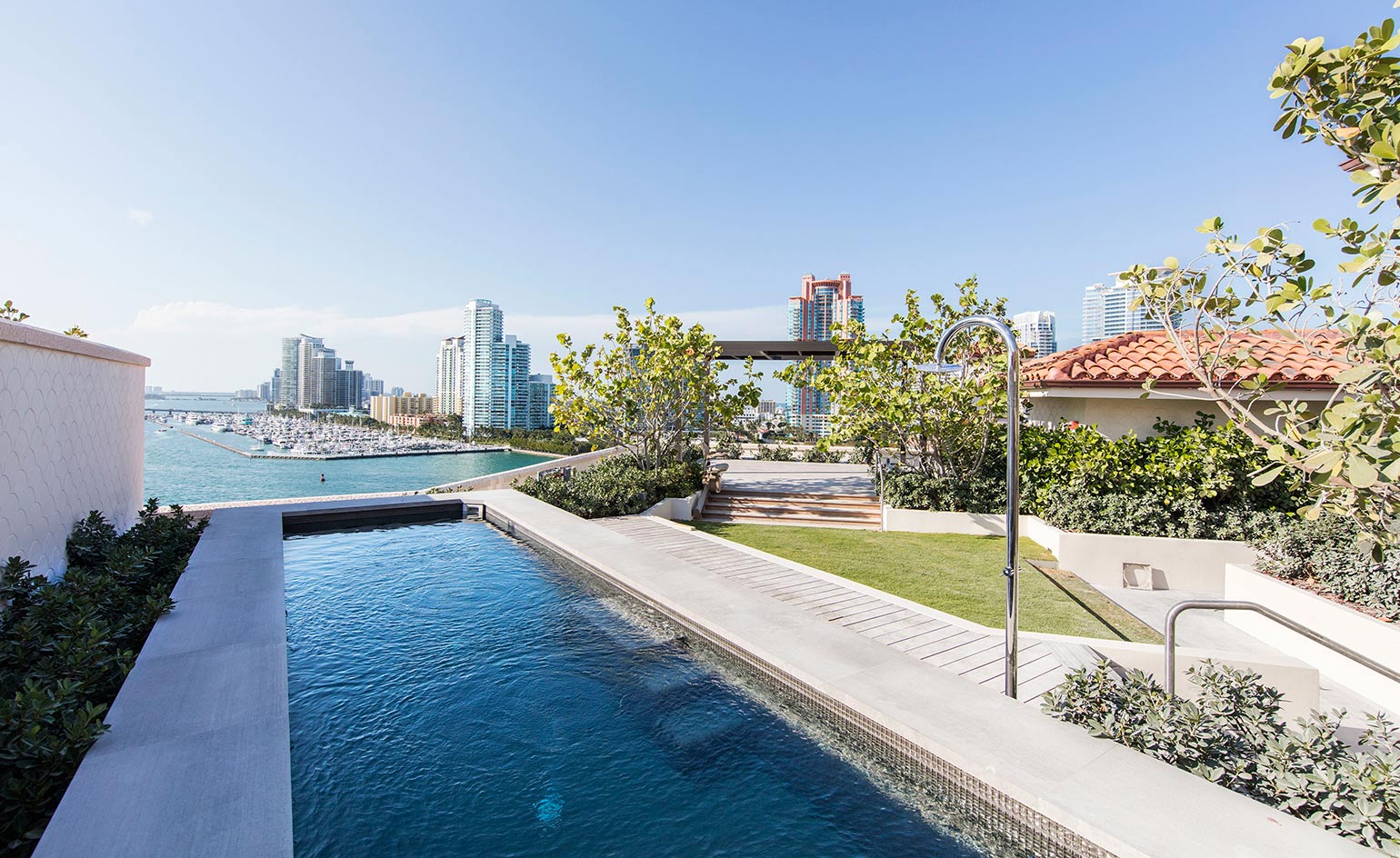 Water views were key, so the architect worked towards opening up views to the sea

W*: Who do you think is doing great work in your field these days?
EE: An important scope of landscape architecture is to generate value to a place. A good example is the High Line in New York. By activating this space, every developer building around Manhattan’s West Side has profited. London’s Hyde Park is another example for how important landscape is in a city.

W*: Who has influenced or inspired you?
EE: My personal design philosophy has its roots in my childhood in Italy. The summers I spent on my grandfather’s farm rooted in me the mystical properties of nature. He was part of a long line of Italian stonemasons, and my father carried on this tradition with a stone and terracotta garden decoration business. As a child, I helped my grandfather with his fountain building and, in the process, came to appreciate the importance of stone and water in the garden as calming, therapeutic elements. In 1990, I went into the business of landscape design, when I joined my father. That early exposure to the hands-on, construction aspect of the garden trade, as well its financial facets, influenced how my company was developed, and how it runs today.

For Palazzo del Sol, Enea aimed to make the external areas an extension of the interior spaces

The design weaves the natural with the man-made, integrating landscape and architecture