The metaphor of a gateway to the arts is forcefully expressed in concrete in this new building for the Federico García Lorca Centre in Granada. The work of Barcelona-based studio MX_SI, the centre honours the life of the Spanish playwright and provides a focal point for community engagement with literature, theatre and the visual and musical arts. The mighty entrance makes an immediate focal point, drawing the eye in from across the city’s Plaza de la Romanilla and concentrating visitors on a journey into an inner sanctum of the arts.

García Lorca was born and lived in Granada, his career cut short when he was assassinated by the Nationalists in the opening weeks of the Spanish Civil War. His reputation grew clandestinely under Franco and he is now revered, especially in the city of his birth. Any building honouring the poet and playwright’s name needed to convey a tough, solid image to the world, as well as reflecting the way the arts open up one’s perception of the city. The rich layers of in-situ concrete that make up the faceted exterior mirror the city’s traditional use of stone. 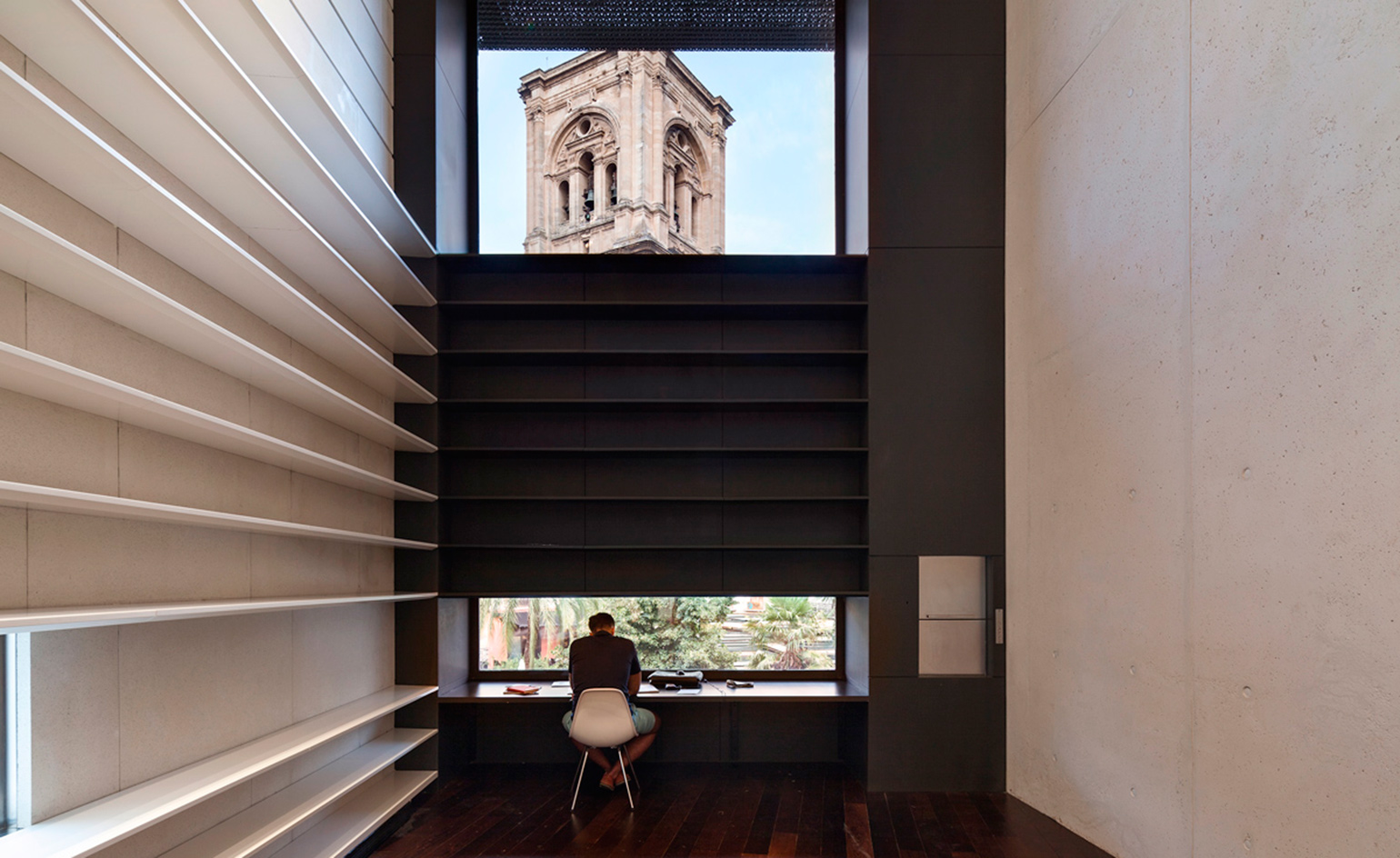 There are moments of interaction with Granada’s existing architecture throughout the building, such as these windows which enclose views of the historic city

The mighty angular facade setbacks point inward to the entrance, eventually leading into a corridor and public space. Changing roof levels don’t interfere with a large, column-free area for accessible activities, enlivened by the interplay of light and shadow from the angular roofscape above.

The new building, which was won in competition, has taken a decade to realise. As well as gallery spaces, it houses a 400-seat flexible theatre, a generous library and the poet’s archive, as well as a café and shop. The architects, Mara Partida, Mónica Juvera, Boris Bezan and Héctor Mendoza, formed their practice off the back of winning the project in 2005 and have since made cultural centres a specialty.

The building provides a cultural centre for literature, theatre and the visual and musical arts in Granada

The architecture is open and welcoming, becoming a part of the public space of the square

An angular entranceway frames the view of the square