S is for steel: Piaget revisits a 1970s design great

The Piaget S is the first steel watch Piaget has introduced in 15 years, and one of only a handful in its history

The original Piaget Polo was a chic, high-society calling card, worn by the likes of Roger Moore and Andy Warhol. The fine, gold bracelet had a recurring step motif that ran seamlessly through the dial and case, prompting Yves Piaget to call it a ‘watch bracelet, rather than a mere wristwatch’. It was unashamedly elitist.

The new iteration, the Polo S is unashamedly less so. Even the name tells you that – the ‘S’ stands for steel. The Piaget S is the first steel watch Piaget has introduced in 15 years, and one of only a handful in its 170-odd year history. As such, Piaget CEO Philippe Léopold-Metzger has declared the Polo S a watch for ‘a new generation’ of consumers. The point is, it’s a fine watch at a more achievable price point and retails at under £10,000. 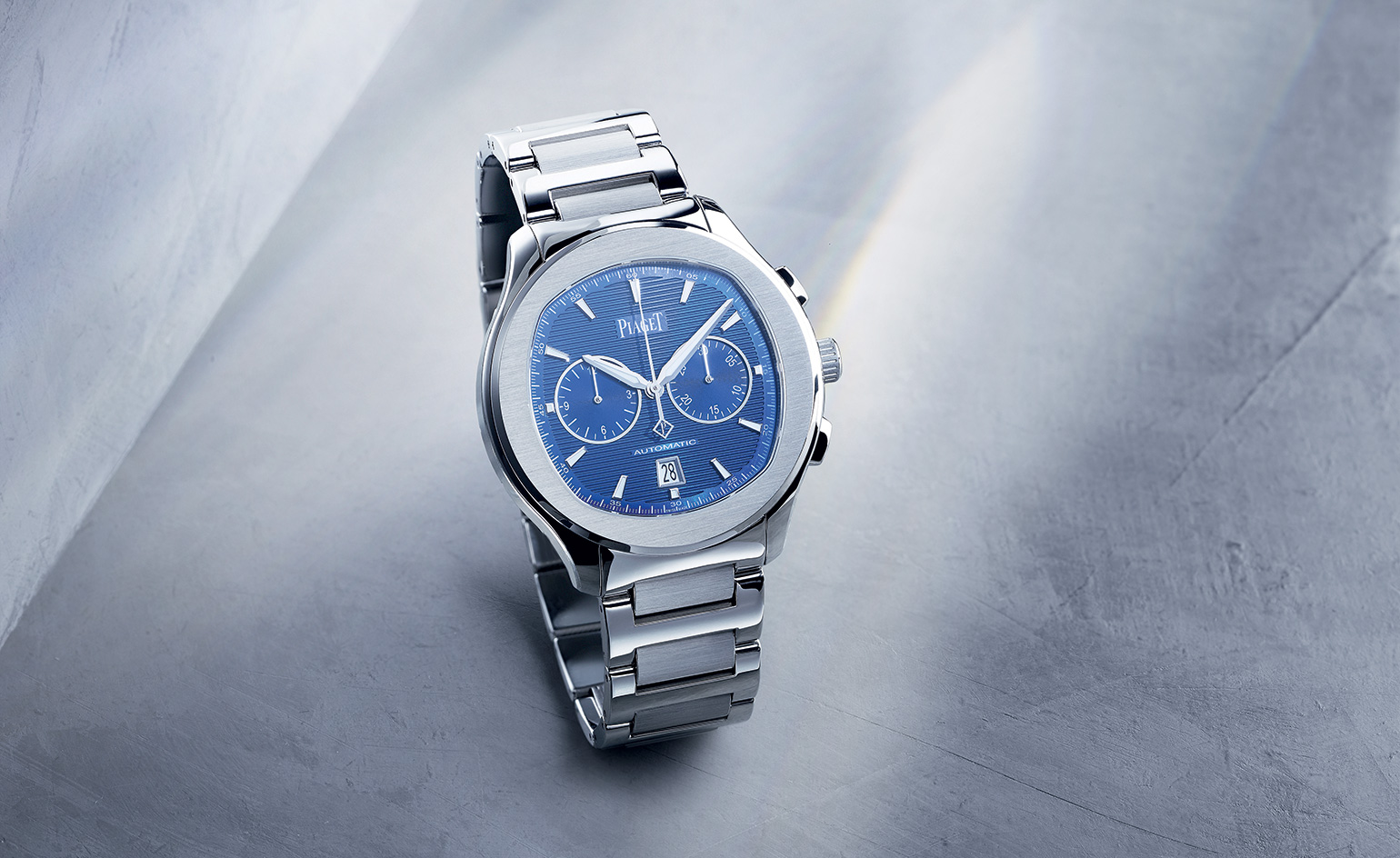 There are blue or white dial variants, although the anthracite-grey is the pick, while the chronograph version is only available in white or blue

The watch world has excellent form when it comes to creating fine timepieces in steel rather than more expected precious metals, such as gold. Audemars Piguet broke the mold when it launched the Royal Oak to a bemused Baselworld audience in 1972. Designed by the late, great Gérald Genta, careful finishing was key to giving the humble material a luxurious, precious touch. Patek Philippe’s benchmark steel model, the Nautilus, also designed by Genta, followed in 1976. While this year, Vacheron Constantin launched its handsome Overseas model in steel.

So, how does Piaget’s new Polo S fit into the story? Aesthetically, it is convincing, albeit bearing little resemblance to the original Polo. The stepped look has been reduced to a much finer horizontal graining on the dial, and the bracelet is no longer seamlessly integrated into the case. There are blue or white dial variants, although the anthracite-grey is the pick, while oddly, the chronograph version (£11,500) is only available in white or blue. Both the time-only and chronograph models are powered by in-house Piaget movements.

Will it be enough to convince the next generation of watch buyers? In design terms, the 1970s echo is still audible, thanks to the way its case slips fluidly into the lugs, while the combination of a round bezel within a ‘TV-screen’ dial gives it current appeal. Depending on your material preference, it’s really just a matter of taste.