Twenty years ago, Volvo pulled the dust sheet off something rather unusual at the 1997 Frankfurt auto show. Raised up higher than a standard V70, with bodywork encased in black plastic cladding and the words ‘Cross Country’ written across its rear window, this was the V70XC. Perhaps unwittingly, the Swedish manufacturer had created a whole new sector in the automotive world – the crossover.

In the eyes of the critics, this new car sat awkwardly on garage forecourts, unsure of its place, yet the V70XC incorporated all the practicality of a four-wheel drive without the clumsy proportions. It could hack its way up a snow-covered mountain pass yet fly under the radar as a tasteful yet unassuming school runabout. Over the years, the V70XC’s legacy has been continued and copied by competitors, ultimately becoming one of the best-selling sectors in the market. 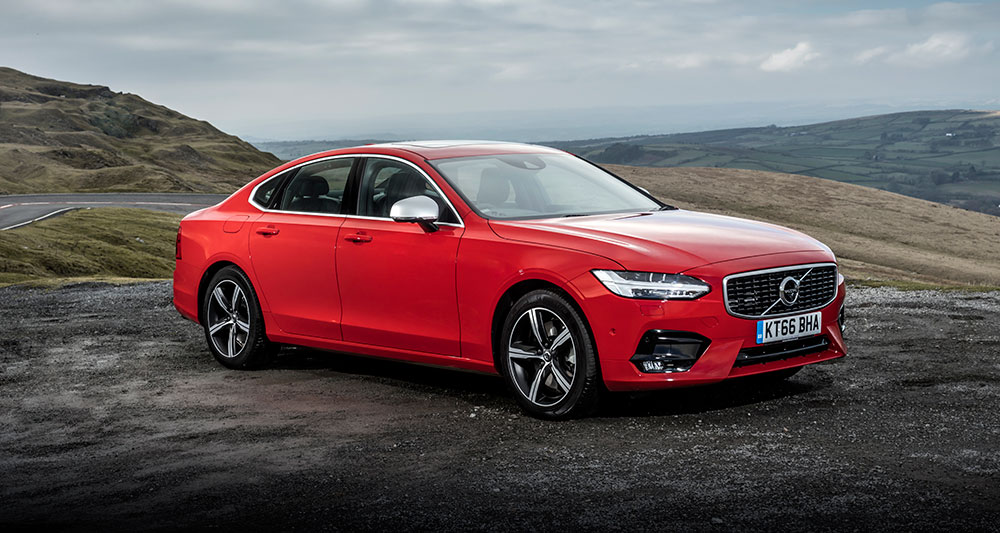 Two decades and a host of V70XC-inspired creations on and the latest iteration of Volvo’s family champion takes shape as the V90 Cross Country. Like the V90 estate on which it’s based, the Cross Country’s exterior styling is heavily influenced by the Concept Estate shooting brake, first seen at the 2014 Geneva motor show. ‘Designing a Volvo Cross Country is not a styling exercise, a plastic job. It is based on honest capability,’ says Thomas Ingenlath, Volvo’s chief designer and driver of the marque’s current design direction.

Setting it apart from the Momentum, Inscription and new R-design trim options is – as has become the norm – a hefty dose of body cladding, titanium front and rear skid plates and chrome inserts in the front grille. The sober but solid cabin is exceptionally well put together, in line with what Volvo’s design-conscious clientele have come to expect. The use of matte black walnut wood, cross-stitched leather set the Cross Country apart from the rest of the range, while a centrepiece 9.0” touchscreen display contains all the usual climate, entertainment and information controls. On the road, the Cross Country’s additional 65mm ride height offers a better view of the road and impressive ground clearance on a green lane, while the D5 diesel engine fades into the background on long, steady drives.

For all the Cross Country offers in terms of practicality, not all buyers will be in the market for a family-friendly soft-roader. Alongside the Cross Country stands the V90 and S90 R-Design models. Sitting at the opposite end of the performance spectrum, the R-Design caters for those with sporting prowess in mind – or, at least as much sportiness that can be gained from a sizeable family car. Alongside improved handling and performance from the choice of petrol and diesel engines, are a host of cosmetic changes including a redesigned front bumper with integrated fog lights, larger air intakes, sports seats and steering wheel. 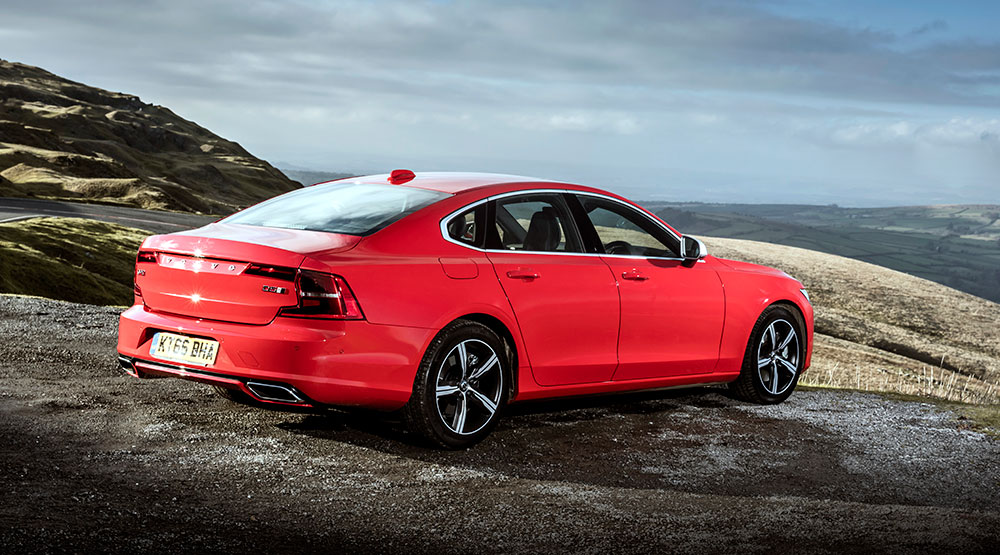 What runs true between both models, however, is Volvo’s dedication to driver assistance technology. Like its larger SUV sister, the XC90, all variants of the V90 and S90 models can be fitted with autopilot functions that will help steer clear of danger up to speeds of 80mph. With ultimate driver assistance still confined to the pages of science fiction, Volvo’s systems are designed to aid a fully engaged driver, rather than replace them entirely.

More than just an expansion of the Swedish marque’s product suite, Volvo’s Cross Country and R-Design models demonstrate the company’s continued commitment to practicality, design and, above all, safety. As Volvo’s most accomplished variants to date, the R-Design and Cross Country carry the confidence of a company on an upward trajectory, capable of competing with the long-established German automotive aristocracy.

Inside the R-Design, sports seats, sports steering wheel and sportier trim options are available rather than the natural wood inlays common in other models

A centrepiece 9.0” touchscreen display contains all the usual climate, entertainment and information controls

Sitting 65mm higher than the standard V90 estate, the added ride height offers a better view of the road