The story of Viennese glassware brand Lobmeyr is one that spans 200 years and countless designer collaborations. At New York’s Les Ateliers Courbet, a new exhibition, ’Viennese Masters Part II,’ seeks to tell this story through the humble drinking glass.

Faced with the task of selecting pieces from Lobmeyr’s extensive collections, the gallery’s founder and curator Melanie Courbet called upon the design expertise of long-time Lobmeyr supporter and advisor, Murray Moss. ’We wanted for this exhibition to show the breadth and depth of Lobmeyr’s 200 years of groundbreaking design collaborations and glass mastery,’ says Courbet. ‘It seemed important to me to consult with Murray Moss – as not only do I highly regard his eye and expertise in design but also because his support of Lobmeyr has greatly contributed to the world’s awareness and appreciation for their work. Murray and I felt that nothing better than for Lobmeyr’s drinking sets to tell the story of the manufactory and its visionary leadership through six generations.’ 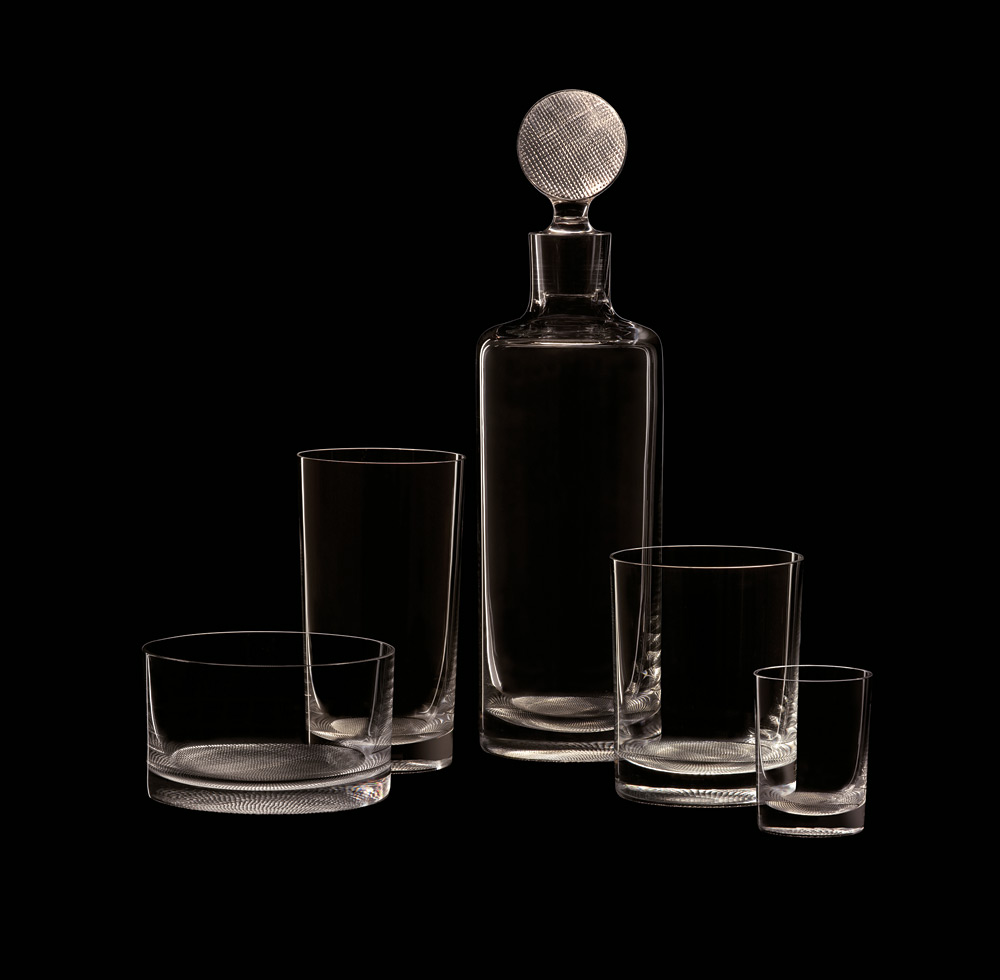 On show throughout until mid-January, the retrospective exhibition illustrates how Lobmeyr played an important role in movements from Biedermeier to Wiener Werkstätte, art deco and midcentury, while also highlighting how investment in the development of new designs and manufacturing techniques has always been at the heart of the business.

Pieces such as Ludwig Lobmeyr’s ’Trinkservice No.4’ (above), introduced in 1856, demonstrate how a simple design such as this was once at the cutting edge. Likewise, the clear and uncluttered design of Adolf Loos’ 1929 water set with a cut base was years ahead of its time. More recently Barbara Ambrosz turned the conventional drinking glass form on its head again with, ’Liquid Skin’ (2001), a glass that molds into the palm of the hand to mimic the gesture of drinking from a fountain with bare hands. 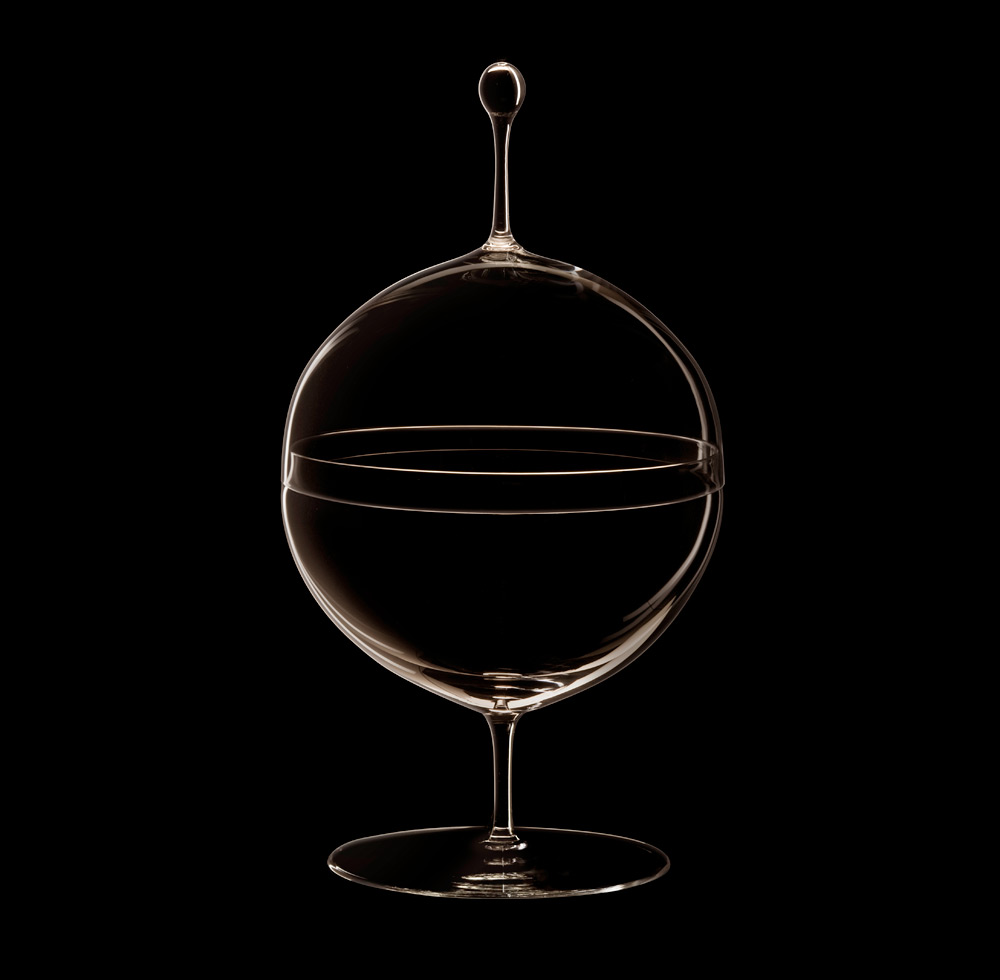 To highlight the painstaking skill and artistry that goes into producing the crystal, one of Lobmeyr’s master copper wheel engravers, Pavlina Cambalova, will be on hand to host engraving workshops by appointment and fulfill engraving orders live in the gallery. In addition, the crystal brand’s latest collaboration with Martino Gamper – a limited edition of 53 whisky tumblers inspired by Lobmeyr’s rich archive museum – will be on show as will examples of lighting from the Austrian workshop, including the storied ’Metropolitan’ chandeliers, designed for the opera house at Lincoln Center and this year celebrating their 50th anniversary.

‘Murray Moss and I share the idea that a glass doesn’t need to come as a set. The glassware collection of a home may be collected through time,’ explains Courbet. ‘We hope to inspire the clients to have fun with it and mismatch their glasses, each of which may be acquired independently and tell a story on its own.’

’Viennese Masters Part II: Lobmeyr’ is on view until 15 January 2017. For more information, visit the website