We’ve always celebrated the art of collaboration, and the projects that emerge from these meetings of creative minds. So when Cognac house Louis XIII joined forces with luxury masters Hermès, Saint Louis and Puiforcat on an object that pays tribute to their combined savoir faire, we were all ears.

Titled ’L’Odyssee D’Un Roi’, the project is an ode to adventure, inspired by the cognac house’s own history (the Louis XIII Grand Champagne Cognac has been served at the Orient Express bar-car and inside Concorde). The company worked with the French trio of brands, creating a travel trunk for cognac that celebrates the route of the first shipments of Louis XIII in the 1870s through Europe, Asia and America. 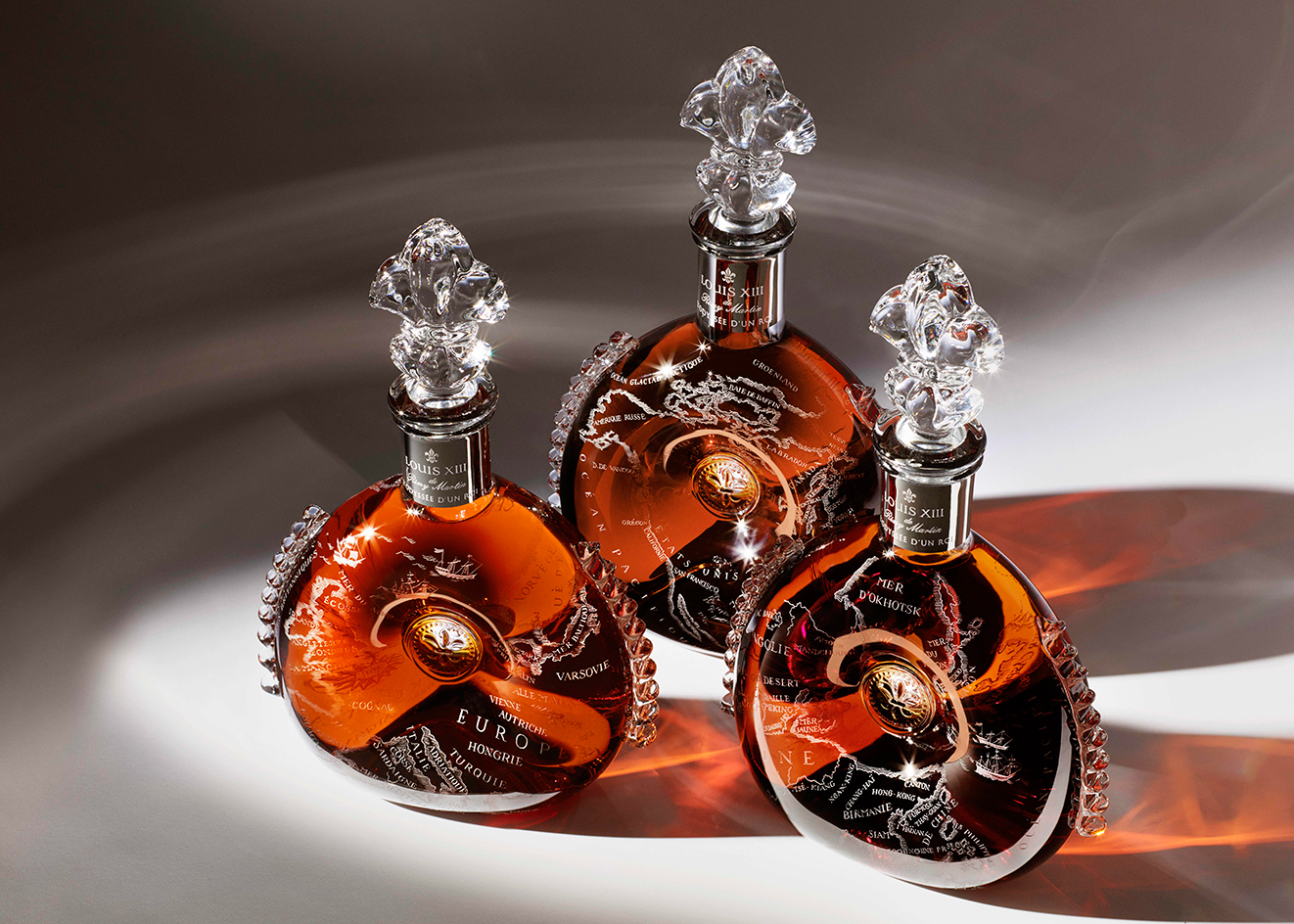 The leather trunk has been hand-made by the master leatherworkers of Hermès and contains a special edition of the cognac house’s most prestigious Grand Champagne blend, held in an alluring Saint Louis decanter. A set of glasses, also handblown by the crystal house, are etched with the 19th century export routes, and the set includes a precious Puiforcat white gold pipette, to be used for the ritual of service.

It took 50 artisans over 1,000 hours to create each trunk and its contents, and the three editions bear details inspired by the continent for which they are destined. The first trunk was auctioned in New York last month, while further auctions are planned for Hong Kong and London. All proceeds will benefit the Film Foundation, an initiative by Martin Scorsese to preserve and restore classic films for future generations.

‘L’Odyssee D’Un Roi is truly the result of a work of art and genius,’ comments Ludovic du Plessis, director of Louis XIII. ‘It’s a veritable tribute to craftsmanship and time. Much like the time, finesse and care it takes to create our product, so it is with the process of preserving classic cinema.’

The trunk contains a special edition of the cognac house’s most prestigious Grand Champagne blend held in a special Saint-Louis decanter. A set of glasses, also hand-blown by the crystal house, are etched with 19th century export routes

It took 50 artisans over 1,000 hours to create each of the trunks and their contents, and the three editions bear details inspired by the continent for which they are destined