Proposing styles from chic and understated to mirrored and opulent, David Netto, Betsy Burnham, Robert Couturier, Alexandra Loew and Brian J McCarthy reveal how they would decorate the executive mansion for both candidates. See their designs here

Each time a new president moves into the White House, the decor also undergoes a regime change, as the incoming First Family puts its personal stamp on the best-known residence in the United States.

Jacqueline Kennedy famously enlisted Dorothy Mae ’Sister’ Parish to redo the White House’s family quarters and focused on adding antiques that she thought worthy of the space, including wallpaper panels depicting scenes from the American Revolution. Working with her friend California designer Ted Graber, Nancy Reagan gave the executive mansion a bit of her over-the-top Hollywood style, bringing in hand-painted Chinese wallpaper and a rich colour palette, particularly her signature scarlet. The Reagans also reintroduced a large number of antiques that previous residents had removed to a warehouse, such as a French Empire sofa purchased by President James Monroe in 1817 and mid-19th century Currier and Ives lithographs. 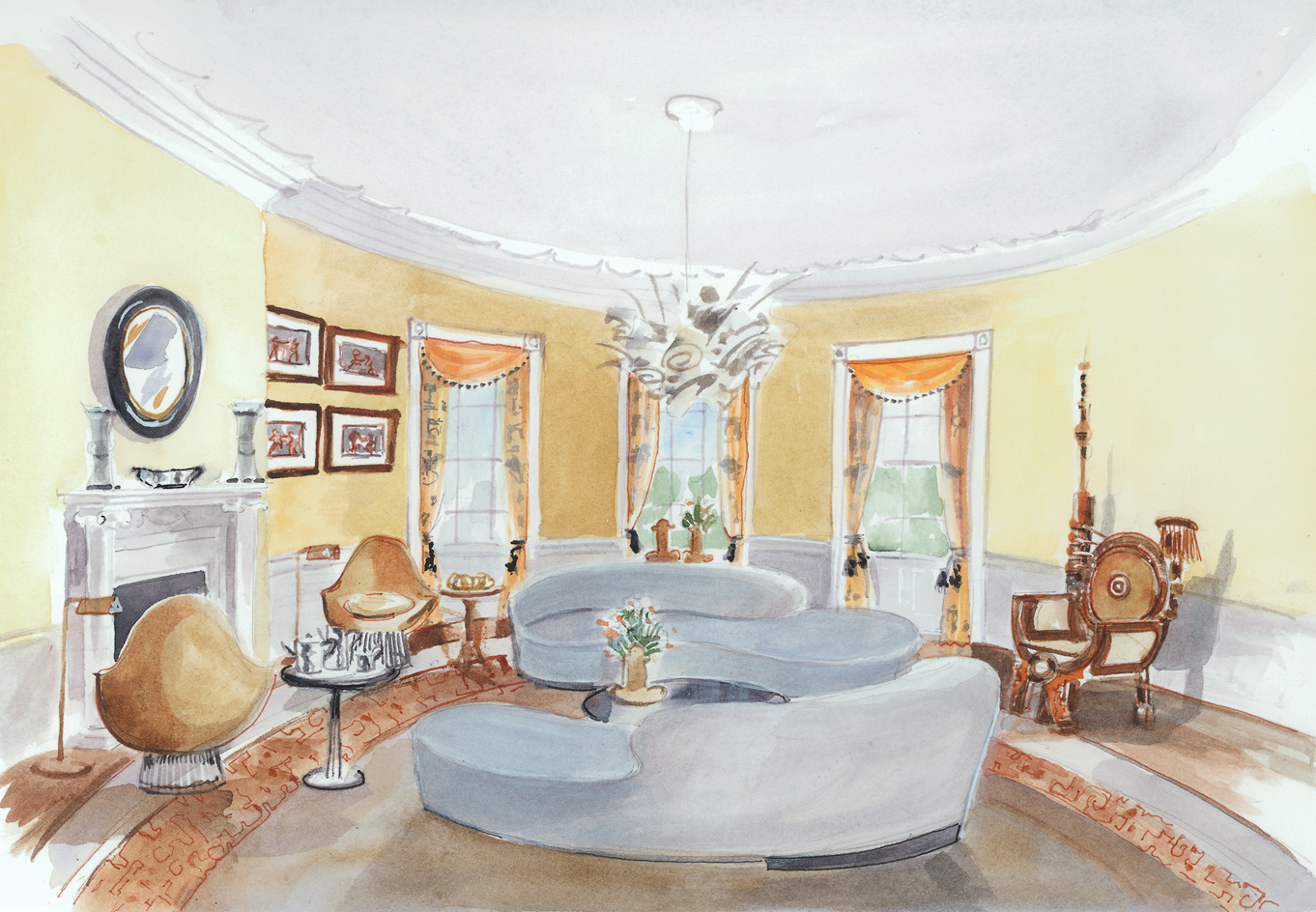 Come January, of course, a new First Family will occupy 1600 Pennsylvania Avenue. With that in mind, we’ve asked five leading American interior designers to imagine taking on the project of redecorating both a Hillary Clinton and a Donald Trump White House, bearing in mind the candidates’ sensibilities. Their schemes run the creative gamut, incorporating everything from a Trump throne room to a neutral-toned space in which Clinton can kick back and relax (while winning a lively game of Scrabble against First Gentleman Bill Clinton). It will be interesting to watch how the White House’s character actually evolves — whoever ends up living there next.

As originally featured on Introspective, the 1stdibs magazine (September 2016)