The six-week exhibition places the entire Pioneer Works’ staff into an office set where they will be filmed throughout the workday. The set itself is arranged to feel like a stereotypical office and is surrounded by movable chroma blue walls (which function as green screens and at times will have custom effects cast on them). ‘It’s a large, site-specific office sculpture,’ explains Kiernan. Meanwhile, ESP TV and their camera crew will be working around the office to film and produce each episode, which will be broadcast weekly on the Manhattan Neighborhood Network. 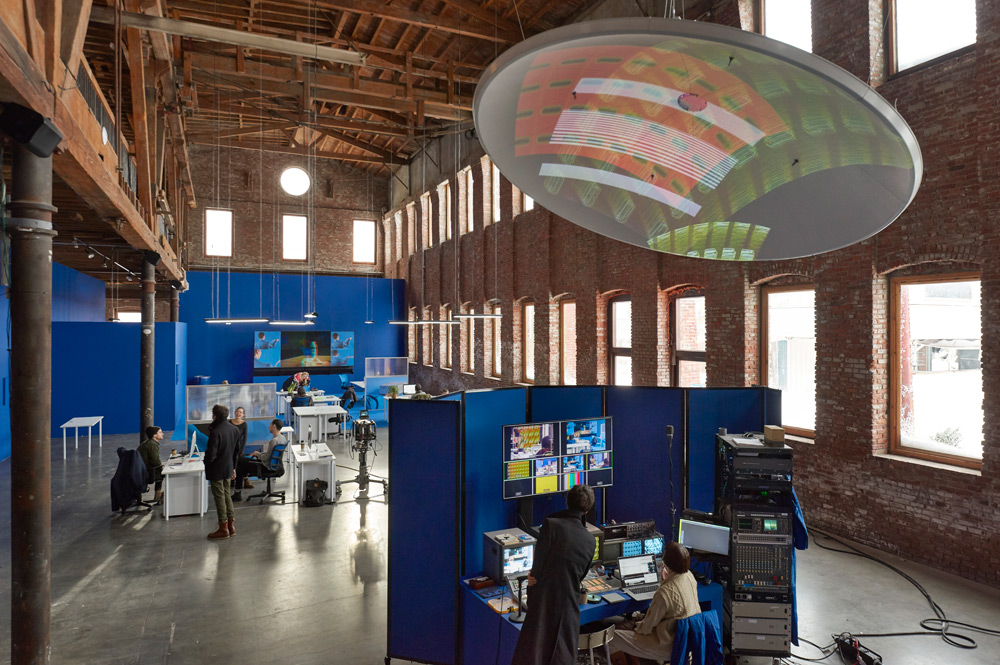 The set features modular blue chroma walls, which will at times have custom effects cast on them

The result disrupts the hierarchy of television—offering the viewer an equal view of the actors, crew, and behind-the-scenes production work. ‘It takes what you love from television, from theatre, from blooper reels and it forces you to acknowledge what is real and what is synthetic,’ says Keddie. Rather than distract from the daily routine of office life, Keddie and Kiernan lean into it, creating what curator David Everitt Howe describes as ’such a production for boring work, it shows the funny conceit of office labor’.

Although the ‘cast’ won’t be given dialogue (the voices the audience will hear will be Kiernan and Keddie producing the episode), the artists plugged the employees’ names and 32 production terms into an algorithm feed that creates an ongoing script of nonsensical camera commands that the employees can choose to follow or ignore. ‘We have so much reverence for machines today, and we wanted to show that there is no real relationship,’ Keddie says. ’The algorithm shows the absurdity of machines and their relationships as rigid, one-sided ones.’ 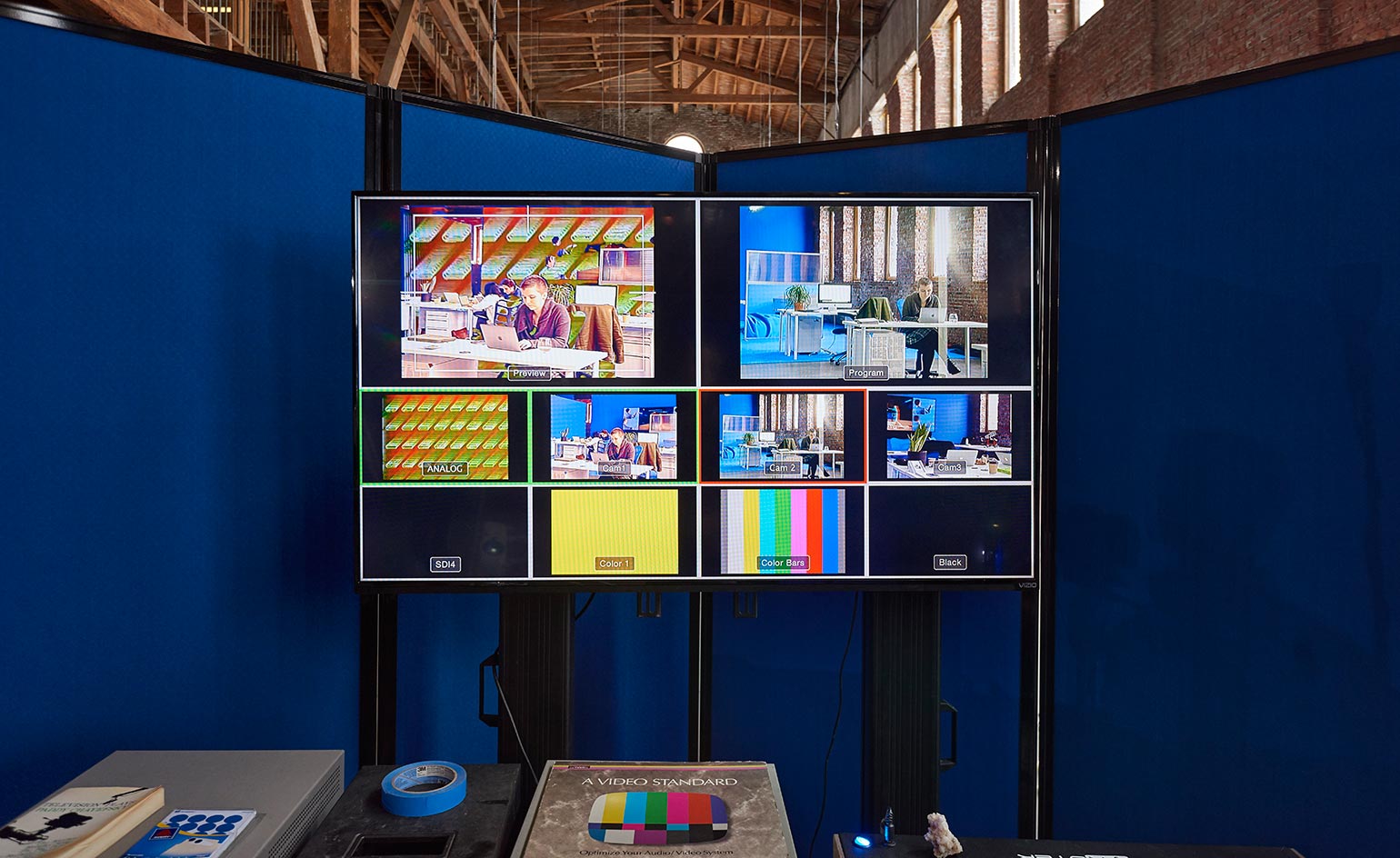 Other playful touches, such as commercial jingles by sound artist Suzanne Ciani (famous for her creation of Coca Cola’s ‘Pop ’n Pour’ sound) played each hour and a satirical audio tour of the space, complete the improbable, charmingly absurd series. However, ‘what will actually happen over the next six weeks, we don’t know,’ says Keddie. ‘It’s all about the presence of live.’

Entitled WORK, the exhibition places the entire Pioneer Works’ staff into an office set where they will be filmed throughout the workday

ESP TV and their camera crew will be working around the office to film and produce each episode, which will be broadcast weekly on the Manhattan Neighborhood Network

WORK is on view until 26 March. For more information, visit the ESP TV website