Artists have descended on the Swiss town of Gstaad for the second edition of ‘Elevation 1409’. Morgane Tschiember and Douglas Gordon conceived a one-off performance piece involving sound, smoke, and a ring of fire in the snow. Photography: Stefan Altenburger

An avalanche has arrived in Gstaad, Switzerland – but not the kind you’d expect. It is, in fact, the second iteration of Elevation 1049, on view through mid-March. Curators Neville Wakefield and Olympia Scarry have assembled a dozen-odd artists for the exhibition, produced by the Luma Foundation with additional support.

The show was inspired by Avalanche, a New York-based magazine published from 1970–1976 that gave avant-garde artists in particular a platform to show their process as well sound as their political voice. The Swiss exhibition focuses on land art, and two ideas based on the environment in Gstaad. Artists were instructed ‘to create sculptures that like the mountains themselves will endure over time’, and ‘to create an artist-driven event that like the snow itself is inherently unstable and subject to sudden change comprising of video, sound and performance’. 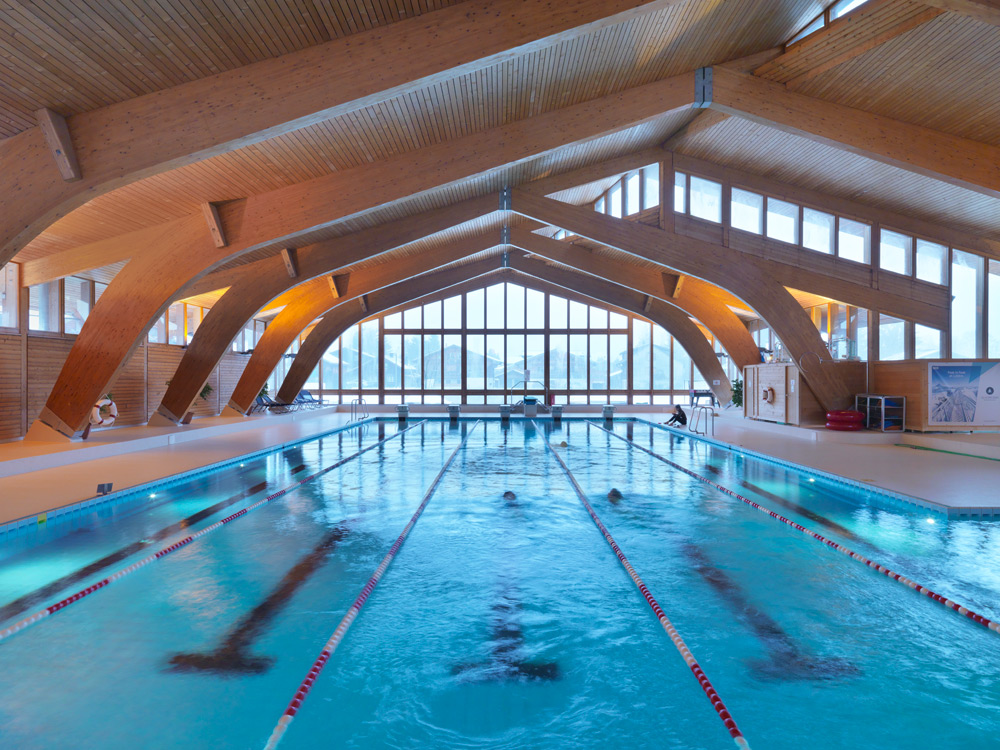 Visitors may get startled as they catch a glimpse of a woman who appears to have landed on her head in the snow, but it’s actually a sculpture by Michaël Borremans that is meant to resemble a human impaled in the landscape overlooking the peak of La Videmanette. Ryoji Ikeda’s contribution, Test Pattern, is a system that takes data — text, sounds, photos and film — and transforms it into barcode patterns and binary 1s and 0s to investigate the relationship between human perception and device functions.

Meanwhile, Morgane Tschiember and Douglas Gordon conceived a one-off performance piece — a video recording of the happening is on view — involving sound, smoke, and a ring of fire in the snow, touching on the yodelling history of the area through a call and response. Elsewhere, Sarah Morris’ Monarch, a 54m long train covered in her signature graphics, crosses the Swiss Alps and connects Montreux with Zweisimmen to the east. Other artists who participated include Allora & Calzadilla; Cecilia Bengolea; Yngve Holen; Thomas Schütte; Superflex; Tatiana Trouvé & Grace Hall; and Nicole Wermers. 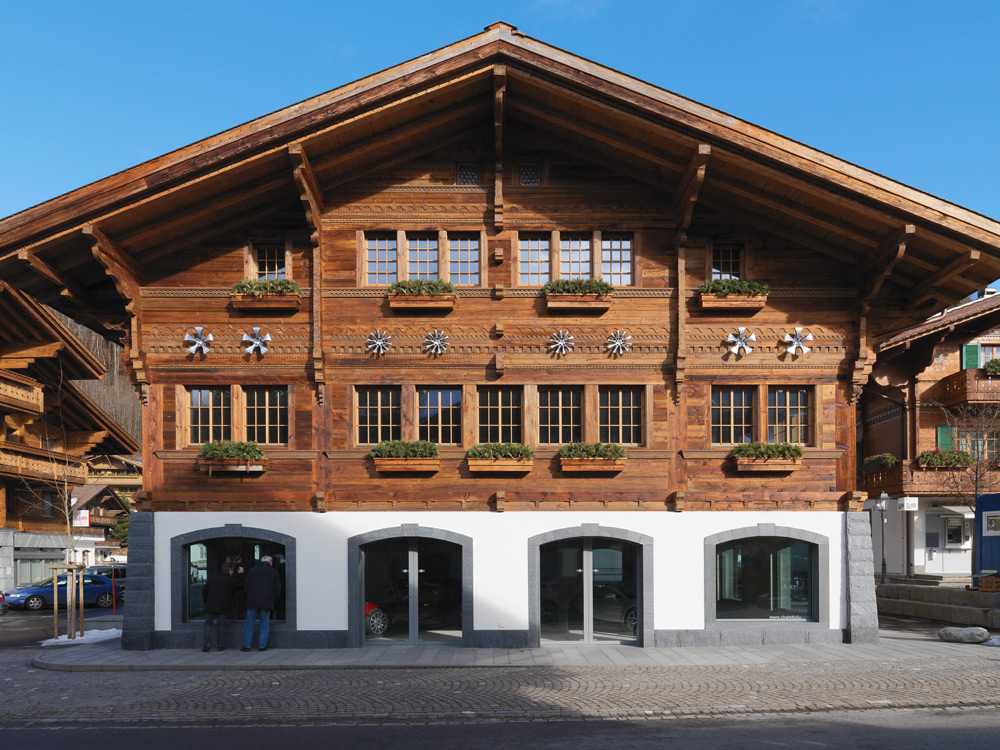 ‘The curatorial impulse of this winter’s show is born of the unexpected and the shape-shifting interplay between form and formlessness – there is no better place than Gstaad to display these dramatic manoeuvres,’ said co-curator Neville Wakefield.

As close as you can for as long as it lasts, by Morgane Tschiember and Douglas Gordon, 2017

Sarah Morris’ Monarch, a 54m long train covered in her signature graphics, crosses the Alps and connects Montreux with Zweisimmen to the east

The Violet Revs, by Nicole Wermers, 2017

‘Elevation 1049: Avalanche’ is on view until 19 March in various locations around Gstaad. For more information, visit the website