British sculptor Anish Kapoor, pictured with his sculptures at his ’Gathering Clouds’ exhibition at Kukje Gallery in Seoul

Anish Kapoor isn’t South Korean, but his latest group of convex-mirrored ’non-object’ towers now on view at Seoul’s Kukje Gallery may reflect more than selfie opportunities. ’This whole context of what’s going on in Korea is quite interesting,’ says the British sculptor, who protests ’artists are not pop stars’ although he is rather well-revered throughout Korea – even if he has yet to reach the heights of TOP or G-Dragon.

Kukje – which translates as ’international’ – is a three-winged gallery campus of architecture ingenuity, public sculpture gardens and a restaurant that ultimately unfurls as South Korea’s main hub for the homegrown and global art scene. Kapoor has been showing with the gallery for ’a good many years’ and, thanks to them, landed a solo retrospective at the technology-driven Leeum Samsung Museum of Art a few years ago.

But for his latest show, ’Gathering Clouds’ – on view in Kukje Gallery’s K1 and K3 buildings until the end of October – it opened in time for the art world’s descent onto Korea for the Gwangju, Seoul Mediacity and Busan biennales.’Gallery shows for artists like me are very particular. I have different bodies of work,’ explains Kapoor, who additionally showed his trademarked Vantablack voids. ’The great thing about gallery shows, as opposed to institutions, is they there are places where one can try out a body of work.’ 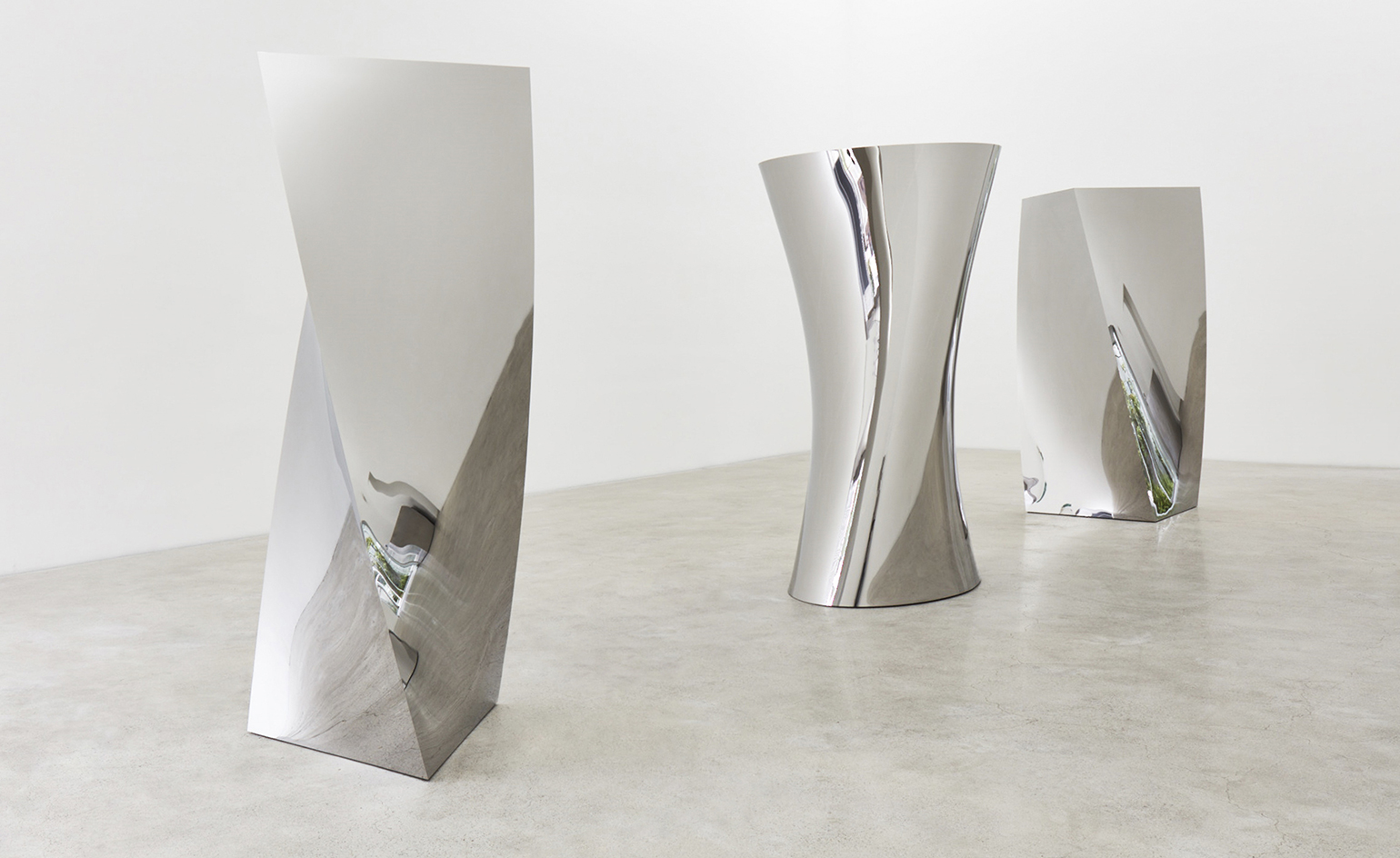 What sticks here is media art, which explains why so much of South Korea’s contemporary art scene skews towards the genre. Samsung, Hyundai and LG have prompted the ’Korean Miracle’ economic boom, where the peninsular nation now touts the 11th largest global economy, particularly thanks to the areas of technology – a significant achievement considering Korea only became an independent state in 1948. Culturally, that date is the marker for the creation of modern South Korea, and thus the young country’s art history is still a largely unwritten tale.

’Korean art history is Nam June Paik, then there is nothing,’ says Kukje Gallery founder and director Lee Hyun-sook of the first video artist who rocked the Western world with his use of broadcast media and recordings. Nowadays, tech giants fund contemporary art through their own museums, galleries and prizes, which eventually make their way to the National Museum of Modern and Contemporary Art (MMCA).

It’s an attempt to draw interest from the Korean public. Yet, engagement with art remains murky. Luring large, local crowds to exhibitions is a challenge, as MMCA director Bartomeu Mari explains: ’Art does not belong yet to popular culture. Art can grow a lot.’

However, Kukje Gallery could well be scribing the next chapter of Korean art history, while positioning itself as an essential locale for art seekers. Located in swish Samcheong, the gallery looks outward by showing art stars of the West, including Julian Opie, Ugo Rondinone, and Jenny Holzer, and is working inward towards identifying historical art movements, starting with Dansaekhwa. Hyun-sook says the gallery ’chose Dansaekhwa because there were enough works to spread around to museums and such, but they’re not directly related. From there, there’s a slow connection [between generations of artists] and that’s what we’re trying to build.’

The names currently being collected in South Korea (and the US) include Park Seo-Bo and Ha Chong-Hyun, who both have upcomings shows in New York. Interestingly, alongside headliner Kapoor, Kukje Gallery has hung little known Dansaekhwa painter, Wook-kyung Choi, a woman who slipped through borders to attend the New York School from the early 1960s through late 1970s, flopping her brushes in big strokes à la Jackson Pollock, Willem De Kooning and Robert Motherwell.

But just as Park and Ha both told us that they reject Western narratives and see themselves as individual artists, Wook did too. It’s a point which plays a bigger role in the identity of Korean fine art than has been acknowledged — or exported.