Studio KCA’s immersive astronomy shell, the NASA Orbit Pavilion, has travelled from New York and is now on view for the first time on the West Coast in San Marino, California, where The Huntington Library garden provides a new context to listen to the satellites orbiting the earth.

NASA approached the firm looking for a ‘space to interact with the sounds of satellites’. Inspired by the idea of listening into a shell to hear the sound of the sea, Jason Klimoski and Lesley Chang, principals at Studio KCA, decided to build a shell-shaped chamber with a futuristic skin of aluminium panels. 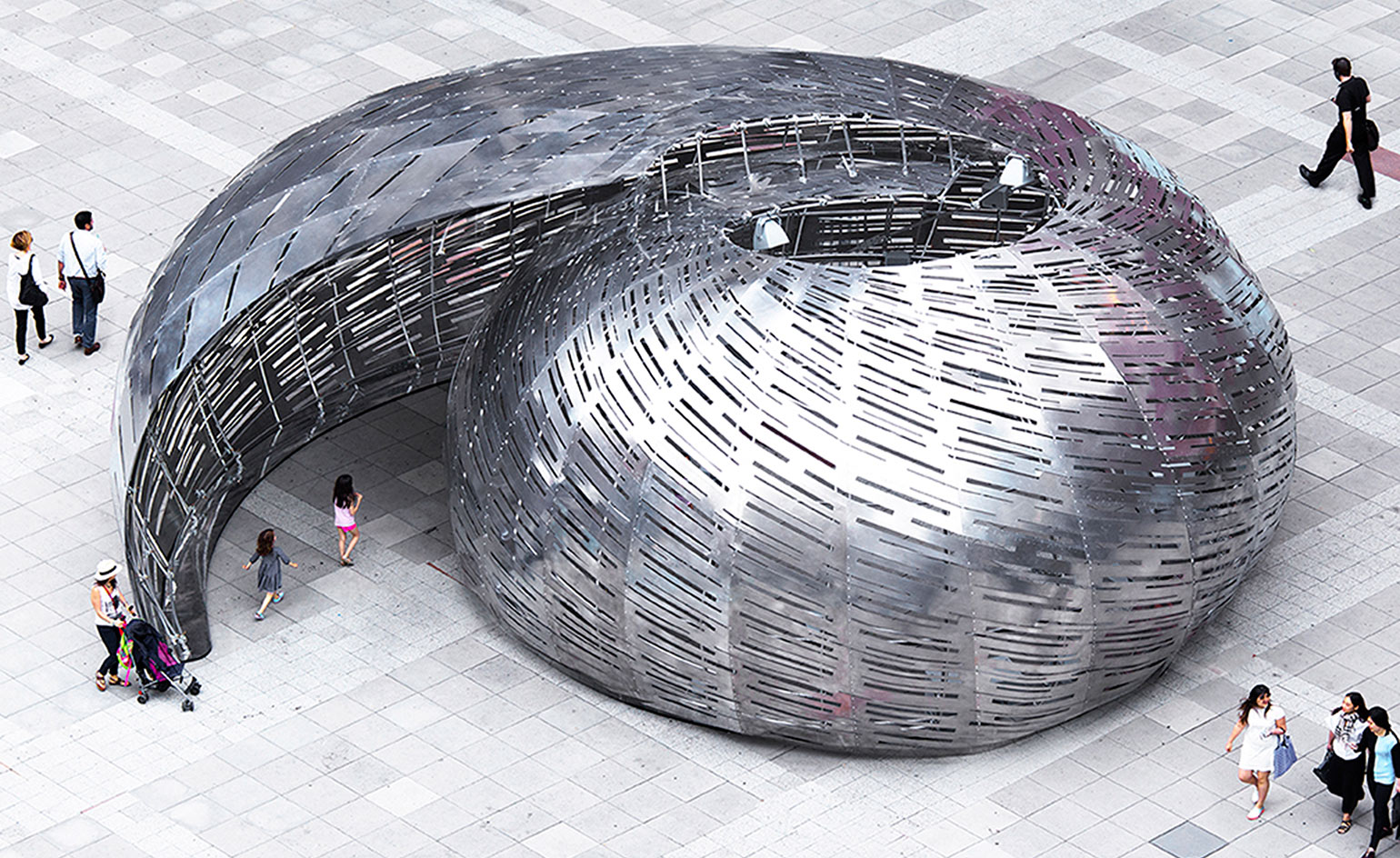 Inside, 28 speakers project a sound created in collaboration with the NASA Jet Propulsion Laboratory and sound artist Shane Myrbeck, that represents the movement of the International Space Station and 19 earth satellites circumnavigating the earth.

First seen at the World Science Festival at New York University in a plaza surrounded by buildings, the Orbit Pavilion is now nestled in the enchanting fauna of the Huntington’s 120 acre garden, giving visitors a completely different experience. ‘At the Huntington, on a clear night, you can actually see some of the satellites through the oculus in the middle sound chamber,’ says Klimoski. 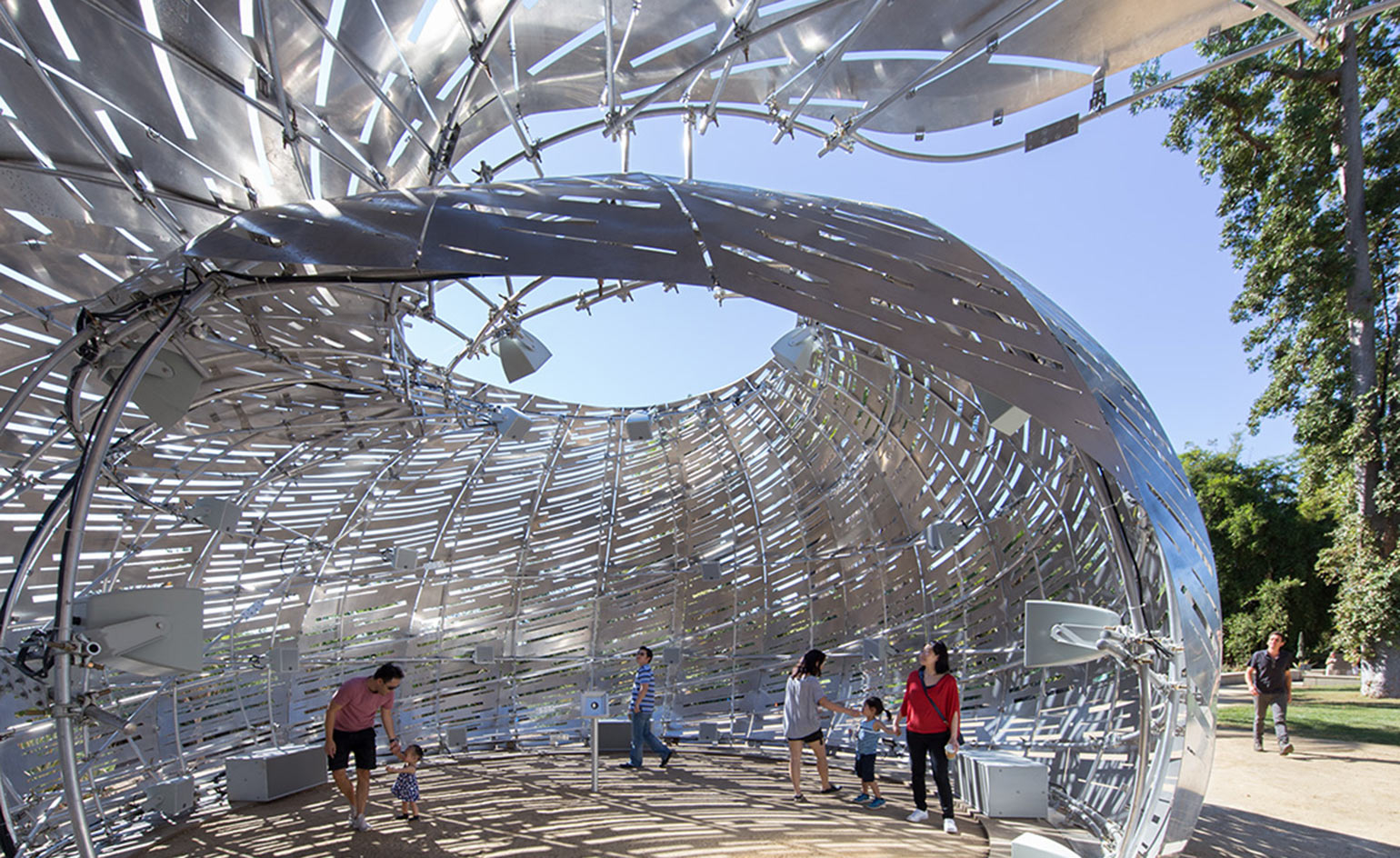 At the centre of the pavilion, a large oculus offers a glimpse of the sky

Cut into the structure’s surface, a pattern illustrates the orbital paths of the satellites through space. The decision to use the water jet cutting technique for the structure was made because of ‘the precision and quality needed in making so many cuts across 3,500 sf of material’ says Klimoski. ‘It also feels right to build and shape a giant shell using essentially water.’

The captivating pavilion, a symbol for the collaboration between the STEM industries, has been inspiring younger generations of astronomers and architects alike. Klimoski’s experience so far has been positive: ‘Kids become interested in NASA and their ongoing missions, and they become interested in architecture and design and the opportunities the profession provides to create spaces like the shell.’

The firm chose to work with aluminium because of its light-weight, yet structurally strong properties

First seen at the World Science Festival at New York University in a plaza surrounded by buildings...

...the Orbit Pavilion is now nestled in the enchanting fauna of the Huntington’s 120 acre garden, giving visitors a completely different experience

To enhance the effect of the sound inside, the pavilion is designed to minimise external noise and deflect wind. Photography: NASA JPL/D.Delgado