For anyone who knows even a little about large-scale real estate development, long planning and gestation periods are par for the course. Sometimes – as in the case of Auberge Beach Residences & Spa – these delays can be serendipitous.

Comprised of two asymmetrical towers, one of which almost seems to cascade like white crystallised lava towards a huge glassed atrium, the condominium is handily located on a pristine, untouched five-acre ocean-front block of Fort Lauderdale Beach that was once the site of local landmark Ireland Inn. 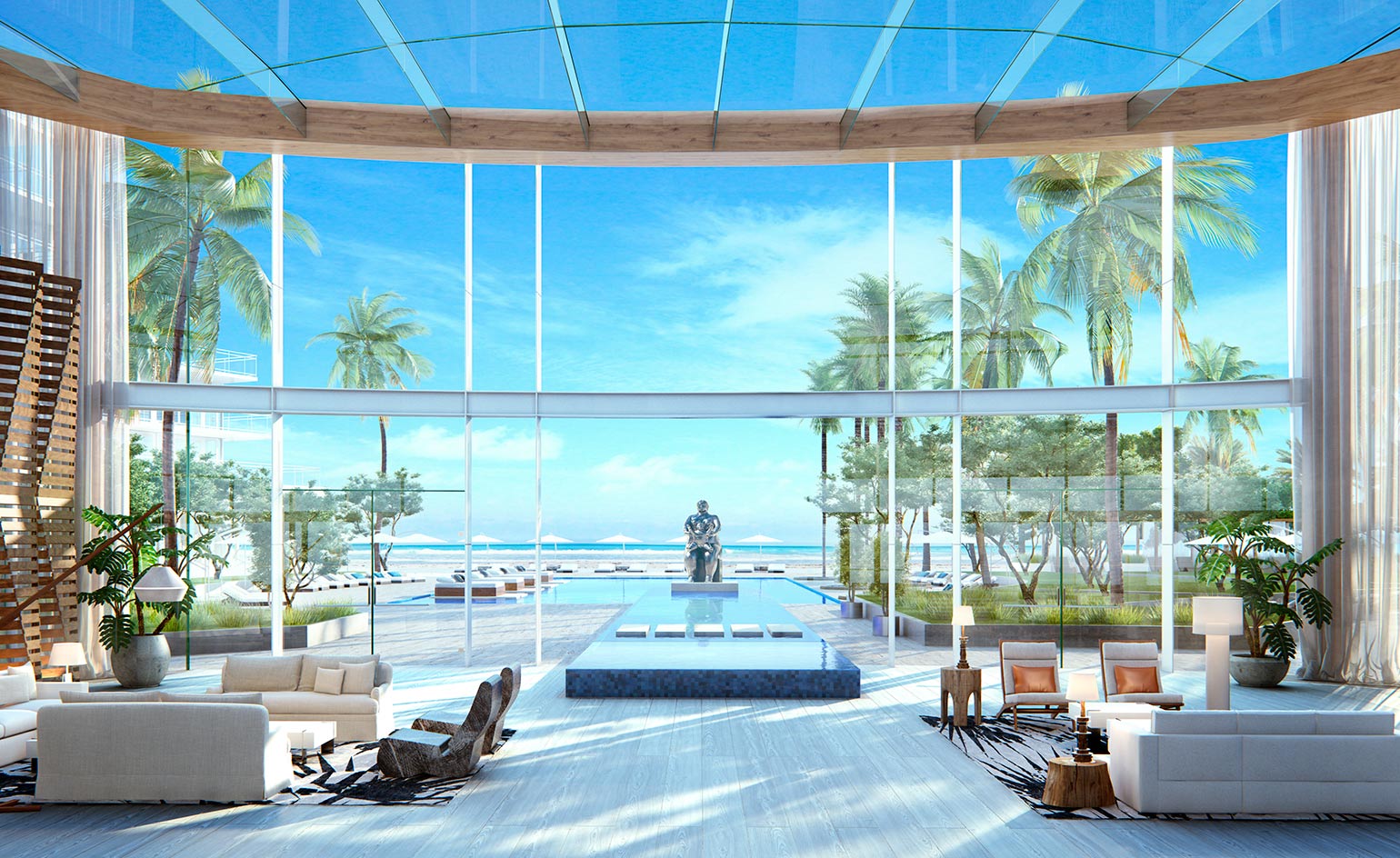 The proposed lobby at the Auberge Beach Residences & Spa

‘When we first designed it as a mixed-use project,’ says Bruce Brosch of architects Nichols Brosch Wurst Wolfe, ‘we were pre-recession – the lower north tower was a four-star hotel, and the taller south tower was a condominium. Then the project went to sleep for several years. When it came back to life, the north tower was changed to a condominium as well.’

Its earlier incarnation as a hotel has endowed the Auberge with an unusual amount of generously proportioned public spaces and hotel-style amenities. The architects were also careful to position and orient the towers in a way that minimises the shadow-fall on the beach. ‘The closer to the north property line, the lower in scale the north tower gets,’ says Brosch. 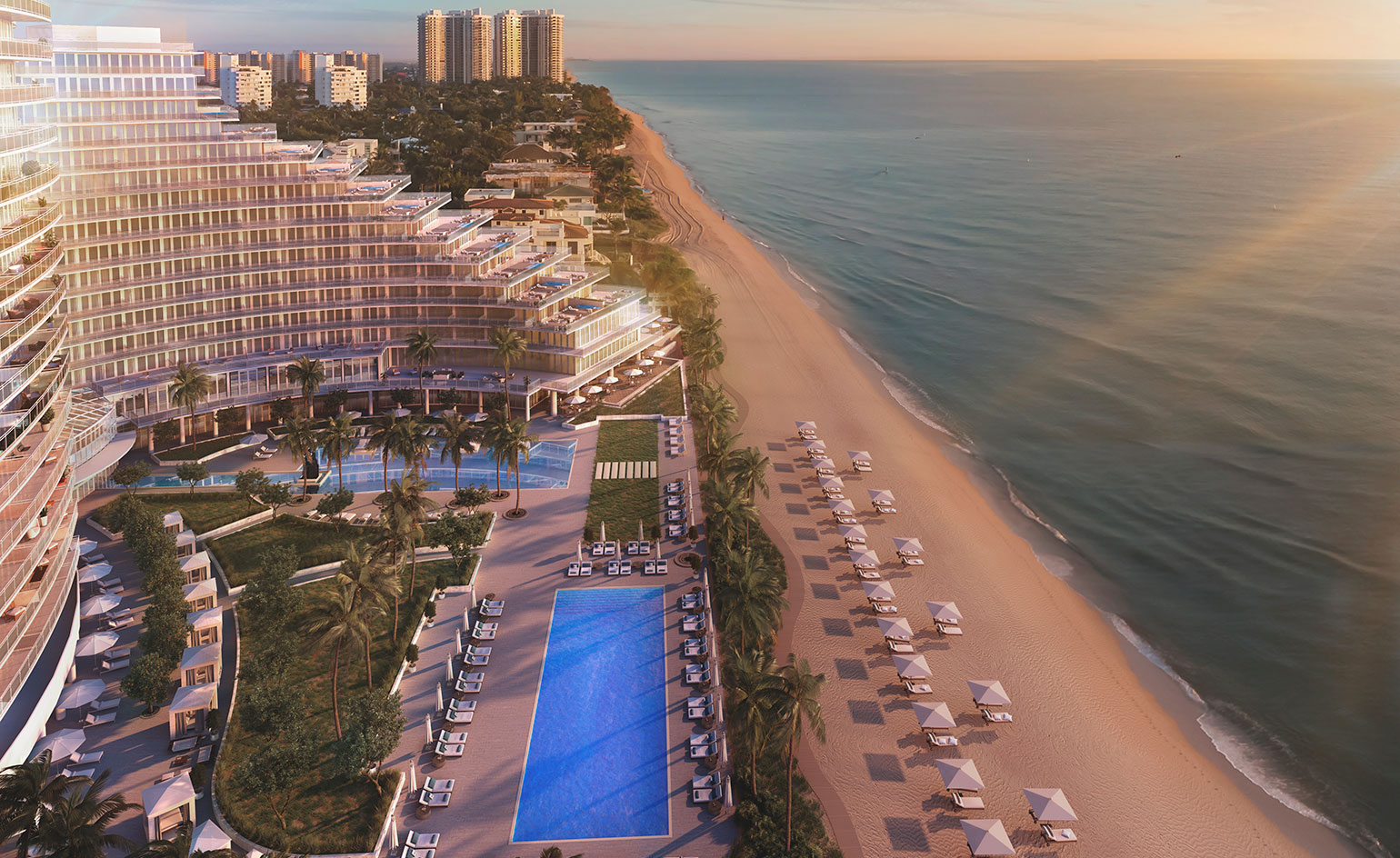 Prices for the residences start at $1.5m (and head towards the $10m mark)

Meanwhile, the project’s lead developer, The Related Group, was canny enough to tap hotel management company Auberge to manage and service the units and amenities, including the soigné spa.

The Meyer Davis-designed units themselves are palatial. Rooms with almost 10ft high ceilings open out onto oversized terraces, some of which feature private plunge pools, overlooking Fort Lauderdale and the Atlantic, while the kitchens are kitted out with Sub-Zero and Wolf appliances.

With prices starting at $1.5m and inching up towards the $10m mark, The Related Group is particularly bullish about the Auberge. ‘Nothing like this will ever be possible in Fort Lauderdale again,’ says its vice president, Patrick Campbell. A case of all’s well that ends well, it seems.

The two cascading asymmetrical towers are both condominiums – previously, the lower tower was to be a four-star hotel