Murphy House in Edinburgh has scooped the RIBA House of the Year 2016. Photography: Keith Hunter

Murphy House by Richard Murphy Architects is the 2016 RIBA House of the Year, chosen by the judges for its whimsy and charm. Located at the end of a sandstone terraced street in Edinburgh’s UNESCO-listed New Town, the project is the house of its namesake, architect Richard Murphy, making it very much a personal project suited to his tastes and architectural inspirations.

Cobbling a variety of shapes and materials across five levels, the house is equally as quirky inside where a sliding bookshelf ladder moves around a library, which opens up in the corner to a window out onto the street. The house is full of secret, sliding openings; from a hidden bath in the master bedroom to an electronically controlled skylight. 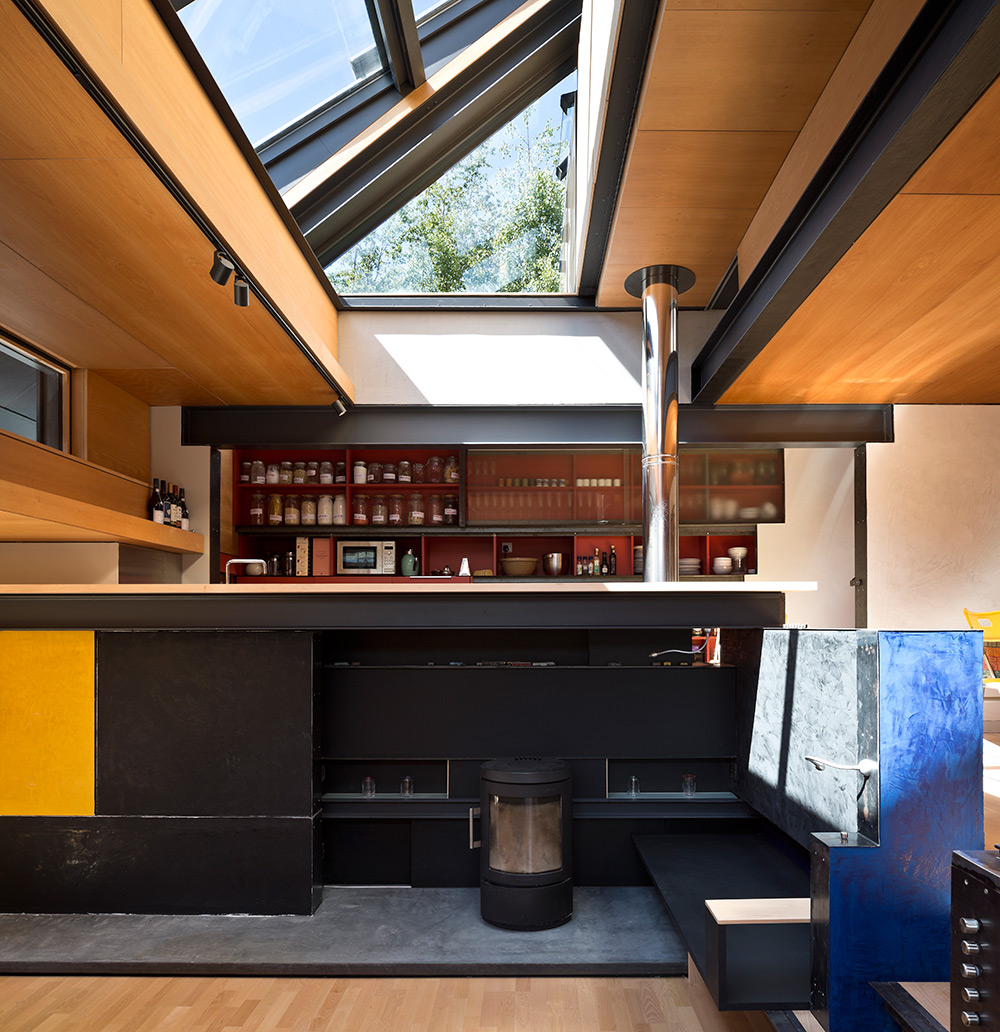 The design features respond to the small site and the Scottish climate – preserving heat, while bringing in light. An outdoor space on the first floor opens up the interior to the outdoors, yet is sheltered and cosy at the same time.

Murphy was inspired by the work of the 20th century Italian architect Carlo Scarpa, who was interested in history, invention and combining architecture with furniture design. He describes the house as ’a quarter Soane, a quarter Scarpa, a quarter eco-house and a quarter Wallace and Gromit’.

Described as a ‘labour of love’ by RIBA president Jane Duncan, the house was nearly a decade in the making. ‘Part jigsaw puzzle, with its hidden and unexpected spaces, and part Wallace and Gromit with its moving pieces and disappearing walls, this is a model house of pure perfection and a worthy winner of the RIBA House of the Year 2016,’ she says.

’Although a small property, it was deceivingly large inside due to the clever use of space’ says judge Philip Thorn, of specialist insurer and award sponsor Hiscox

Thorn described the courtyard as a ’real oasis of calm’