At 40 storeys and 152m high, The Atlas Building will be the tallest structure in London’s Old Street area

Due to complete at the end of 2018, MAKE Architects’ The Atlas Building will combine living with working and entertainment. Just five minutes walk from Old Street station, the design will also contribute to the regeneration of the area, incorporating a pedestrian thoroughfare to run between City road and East road.

At 152m high the building will be the tallest in the area, a flagpole for the future of London’s Silicon roundabout, which has seen astronomical architectural change and economic growth over the past two decades. 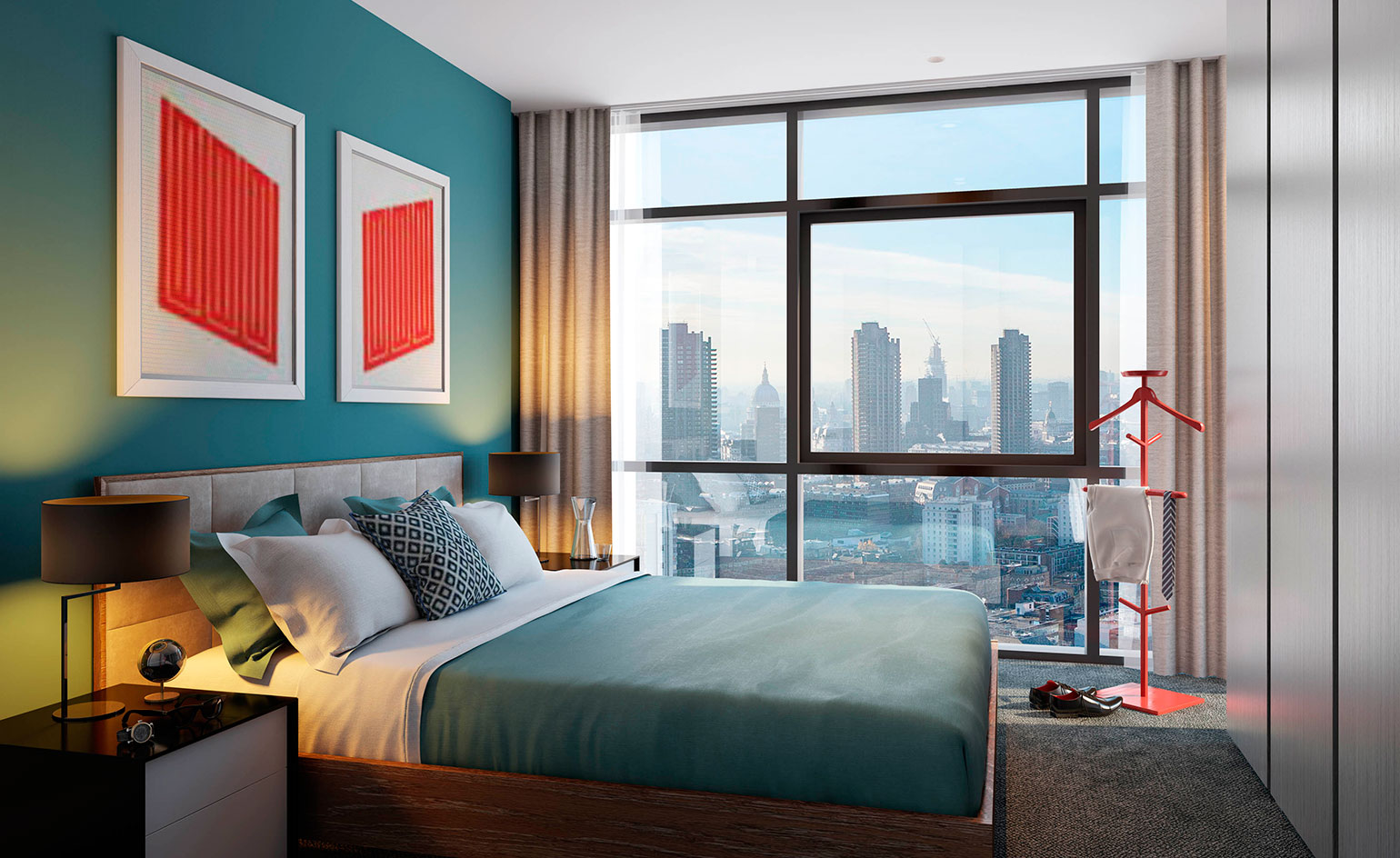 The residences on offer include studios, one to three bedroom apartments and penthouses. Image courtesy of Woods Bagot.

It is certainly a sleek addition to the skyline, almost discreet in its neat stack of 12 concrete-framed sheaths clad in anodised aluminium, which shoot upwards in a staggered formation. While currently it stands alone, looking across to The City in the south, it won’t be long before it welcomes neighbours.

The 40 storeys of The Atlas Building will house 302 apartments including studios, one to three bedroom apartments and penthouses; the latter will each have a balcony or terrace with double aspect outlook across London. Built for a convenient modern existence, design and delivery has been undertaken by Woods Bagot and Scott Brownrigg. The building’s amenities include a gym, spa and swimming pool as well as a screening room, lounge and a children’s play area – residents of the Atlas may never leave.

Ten storeys of offices will accompany the Atlas in a separate building, designed as a lower, more solid blade a stone’s throw from the skyscraper. This allowed MAKE to join the two structures with a public piazza, dedicating 35 per cent of the site footprint to a new, open public space by the vibrant Shoreditch area.

MAKE anticipates the future of residential life in Tech City with this self-sufficient building, which was conceived not just for sleeping, but for working, relaxing, socialising and everything in between – the Atlas is your oyster.

Twelve sheaths clad in anodised aluminium shoot up in a neatly staggered design, which opens up space for terraces for the upper apartments

The interiors were designed by Woods Bagot. The architects used practical, high quality materials and finishes.

Kitchens are fully fitted with Siemens appliances and robust materials, such as composite stone worktops and ceramic tiles. Image courtesy of Woods Bagot