The unlikely synchronicity between Italian radicalism and Japanese metabolism

A new exhibition addressing two architectural movements from the 1960s and 70s – the metabolists in Japan and the radicals in Italy – has opened at the Museo Carlo Bilotti in Rome. Organised by Fondazione Italia Giappone, a group promoting and strengthening the nations’ 150-year diplomatic relationship, ‘Invisible Architecture’ compares building design in Italy and Japan at the dawn of the two conceptual movements, then surveys contemporary work from both countries.

Having sprung up amid political revolution following decades of war, metabolism and radicalism share remarkable synchronicity. Both came from a place of idealism, where utopian schemes, masterplans, living space and civic buildings were designed to ease societal shifts – even if they were rooted in distinct cultures and historical experience. Regardless, they went on to make a remarkable impression on future generations, at home and abroad. 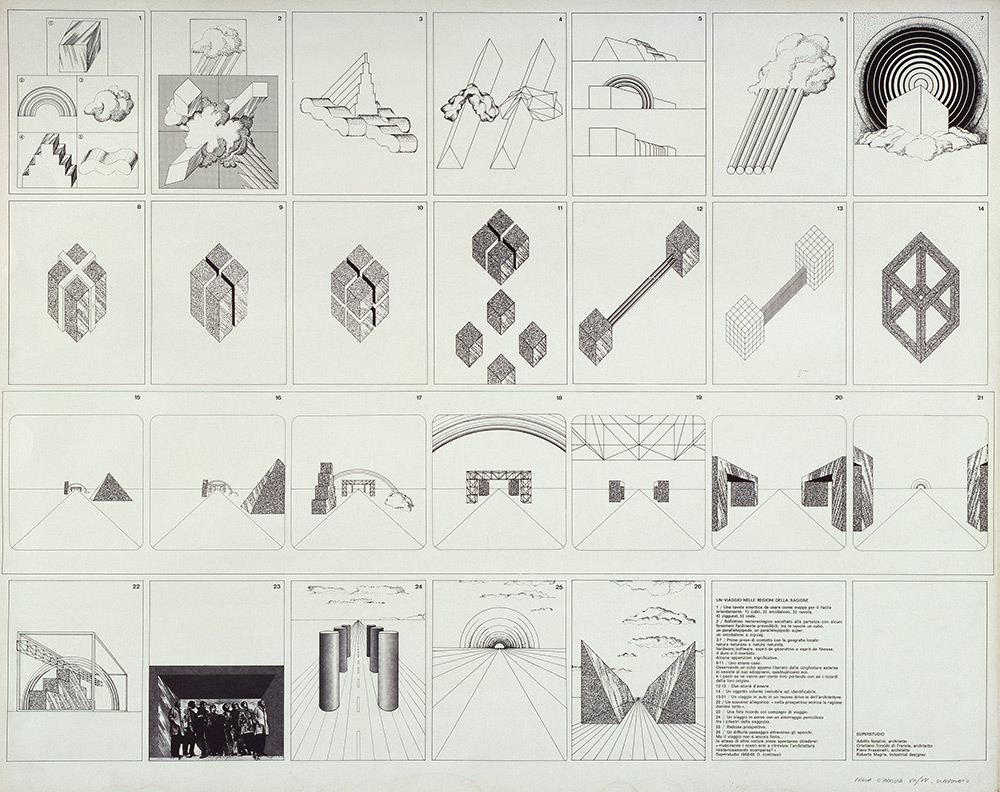 A highly creative architecture of purpose flourished within these stabilising societies – an attempt to gain control over a swiftly evolving landscape and rapid developments in science and technology. ‘Invisible Architecture surveys these projects through the lens of three themes: environment, technology and inhabitation. Curator Rita Elvira Adamo grew this substantial survey from a research project at London Metropolitan University, collaborating with Italian academics Cristiano Lippa and Federico Scaroni from the University of Tokyo.

‘Invisible Architecture’ is on view until 26 March. For more information, visit the Museo Carlo Bilotti website