Count down: London gears up for the Design Museum opening next week

The new Design Museum – formerly the Commonwealth Institute, built in 1960 and located at the entrance to Holland Park – is located on London’s Kensington High Street. Photography: Luke Hayes

John Pawson’s design for the newly relocated Design Museum in London will allow it to step up as an international centre for culture and education. The plan has tripled the gallery space, placing it in closer proximity to London’s leading museums, and fundraising has now enabled it to open up its collections for free.

The sweeping pavilion roof – preserved from the original 1960 Grade II listed Commonwealth Institute with the structural expertise of OMA – symbolises its status as an architectural monument to design.

Original concrete floors were removed with radical engineering techniques directed by OMA, Allies and Morrison and Arup, in order to preserve the iconic roof and restructure the buildings into a contemporary design of sweeping simplicity. OMA’s Reinier de Graaf described how they began working on the structure before it had a purpose or owner; when the Design Museum claimed it, ‘a refurbishment became a conversion on to ever more radical degrees’. 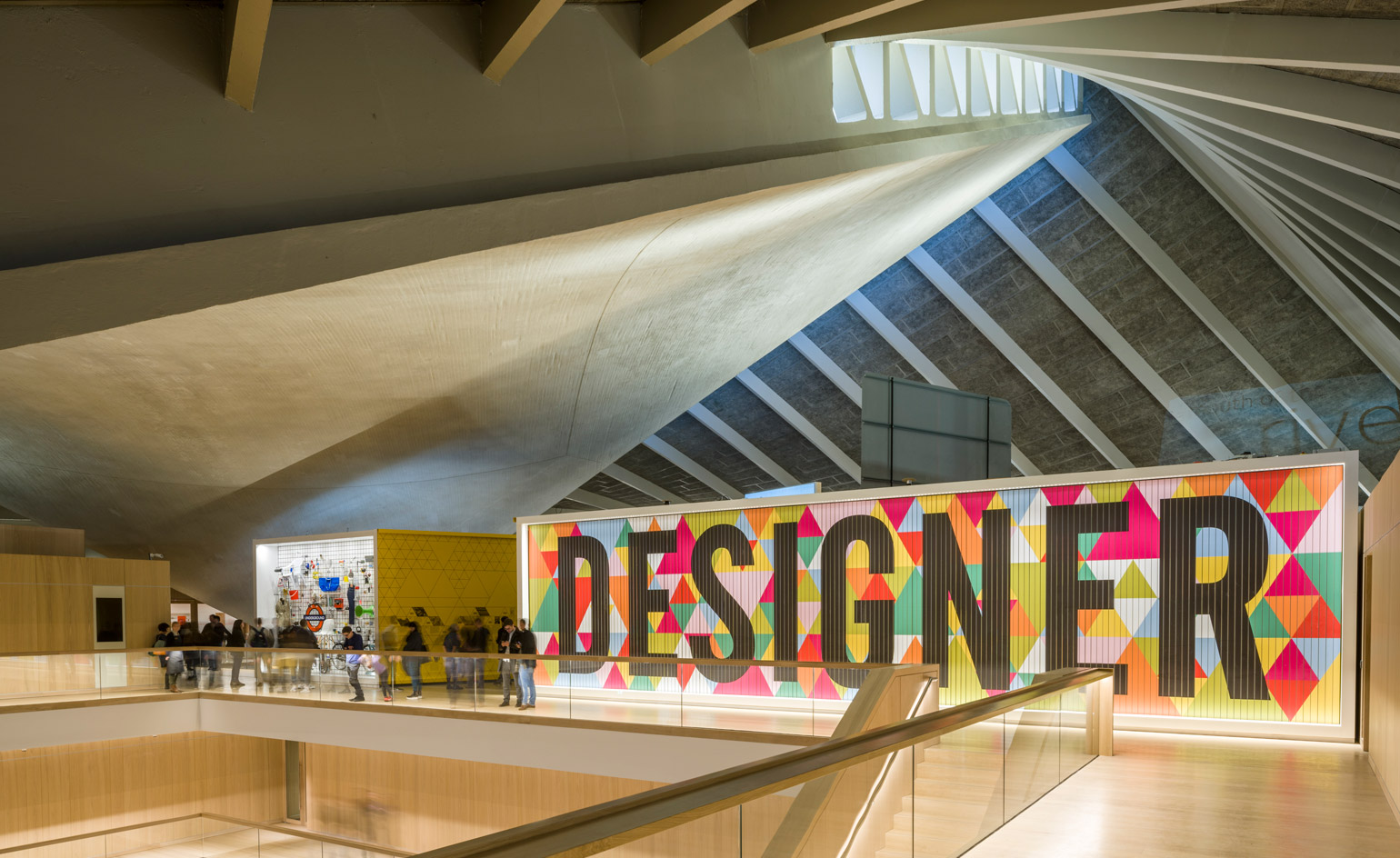 The permanent collection – curated into an exhibition titled ‘Designer/Maker/User’ – sits just beneath the roof on the top floor, allowing visitors to see the impressive structure up close as they curve through the energetic exhibition design by Studio Myerscough. By contrast, the gallery at -2 has high ceilings, open space and low display tables, showing the significant effect of architecture on exhibition display and visitor experience.

Pawson’s first major public work displays attentiveness to a purely human recognition of spatial immersion – an absolute requirement for a museum – through the wide atrium, which is combined with a lightness felt in the smooth oak stair and the softly dynamic spiral of the paraboloid roof.

‘Design is about optimism,’ says Sir Terence Conran, who founded the Design Museum in 1983. ‘It’s clean, fresh, well lit, friendly and full of surprises,’ he adds of the design, ’a dream that has been a long time materialising’ and the most important moment of his design career.

Inside, the hyperbolic paraboloid roof is a focal point throughout the space. Photography: Gareth Gardner

The roof was renovated and restructured by OMA. Photography: Gareth Gardner

The original facade has been rebuilt with double glazed glass. Photography: Gareth Gardner