Burberry has opened up Makers House to visitors, offering them the chance to explore its brand new collection and an array of the Henry Moore artworks that inspired it

In the 20th century, Henry Moore attempted to define the body more than any other artist, visualising its form in magnificent bronze sculptures, shapes that are now synonymous with modern British culture. Moore’s vision was distinctive: feminine forms that were both classic and modern, larger-than-life, and characterised by their complex, concave surfaces with sensuously scooped-out voids.

Now, the work of the foremost sculptor of the British body is the inspiration for clothing made to hang on it, serving as the springboard for Burberry’s freshly launched collection. The process, design references, and final pieces from the collection, shown earlier this week during London Fashion Week, are now on view at Makers House as part of the fashion house’s exhibition, ‘Henry Moore: Inspiration & Process’, alongside more than 40 sculptures by Moore, including Mother and Child: Block Seat (1983–84), Draped Reclining Mother and Baby (1983). 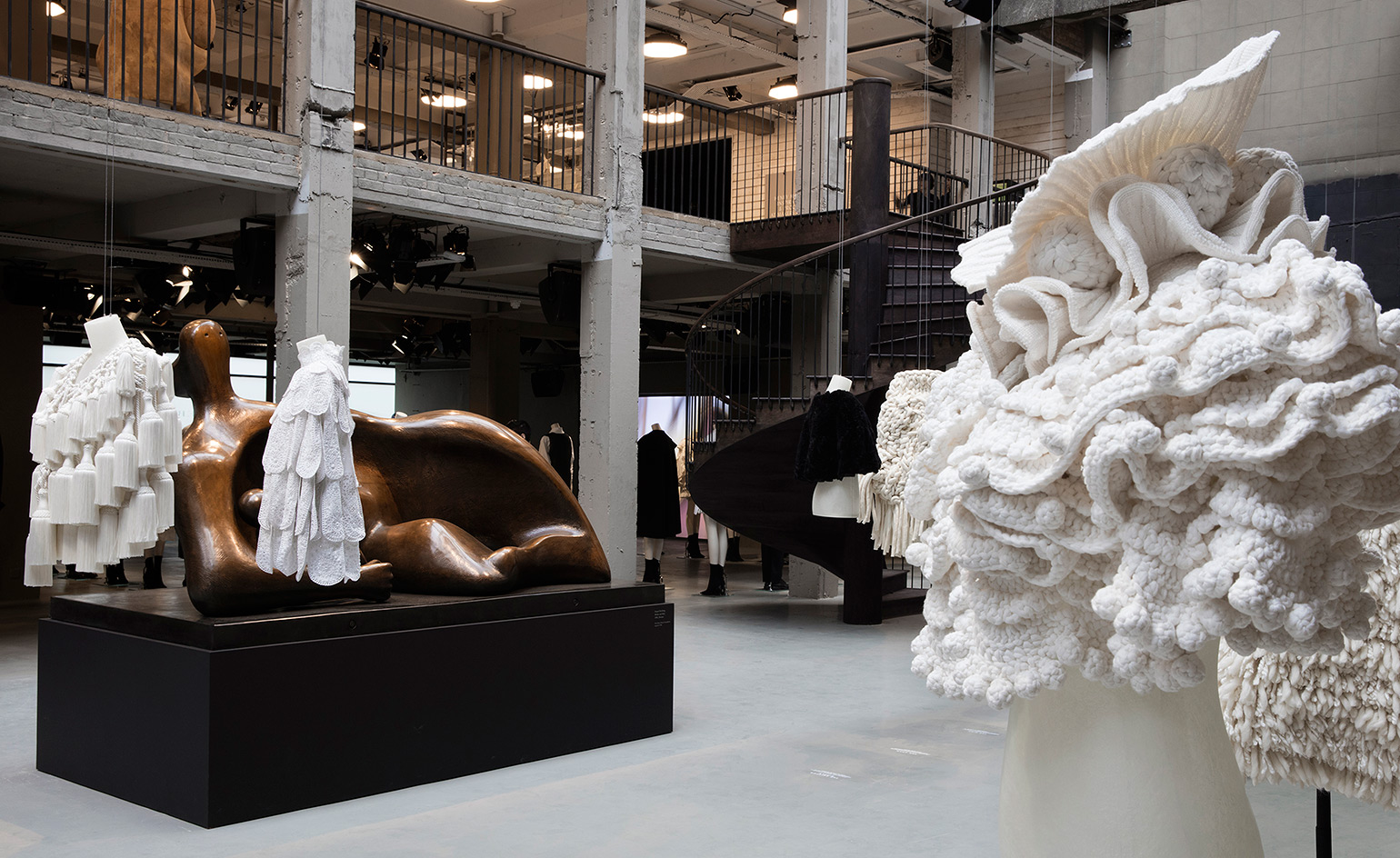 For Moore, imagining the body was about more than addressing the human form – it also absorbed the British landscape. Moore’s sculptures share a serendipitous connection with Burberry: Yorkshire. It’s often pointed out that the artist’s curvaceous, undulating lines relate to the hills in the county. This is also the manufacturing home of Burberry’s iconic trench coat, and the birthplace of chief creative and chief executive officer Christopher Bailey, who has long been fascinated by Moore’s creations.

‘We are delighted to be returning to Makers House this month,’ Bailey explains. ‘This time, we are incredibly privileged to be working alongside the Henry Moore Foundation to bring our collection and exhibition of Moore’s work to life.’ The results of Burberry’s extensive collaboration with the foundation – which celebrates its 40th anniversary this year – are reflected in the silhouettes and fabrications of its February 2017 collection, and emphasised in Burberry’s new campaign, shot in the gardens of Moore’s former home and studio in Perry Green, Hertfordshire. 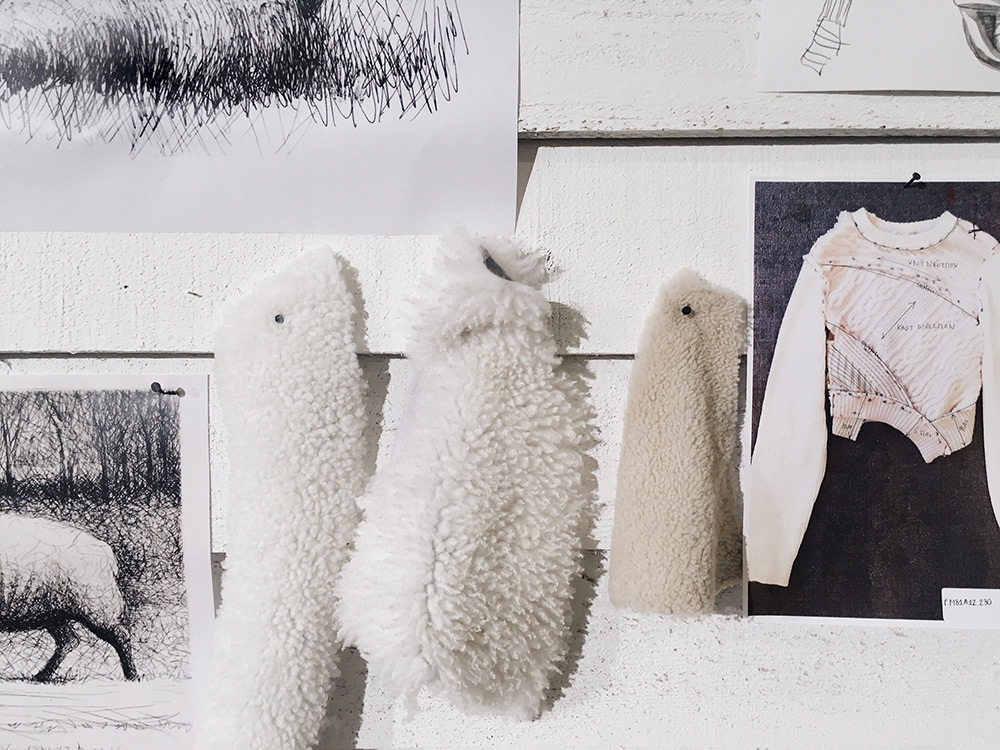 Selection of materials and sketches with examples of Moore’s graphic works. Courtesy of the Henry Moore Foundation

Bailey’s translation of Moore’s asymmetric forms, for example, his Torso with Point (1967), is seen in the hemlines of dresses and sweaters, while his series of intricately formed made-to-order capes in monochromatic white tones, reflect the sculptor’s studies of soft, sweeping shoulder lines. A chunky, cable-knit jumper with a funnel-neck, recalls Moore’s Seated Woman: Thin Neck (1961), while a nude dress with cut-outs at the waist and shoulder echoes the artist’s presentation of hollowed out silhouettes. 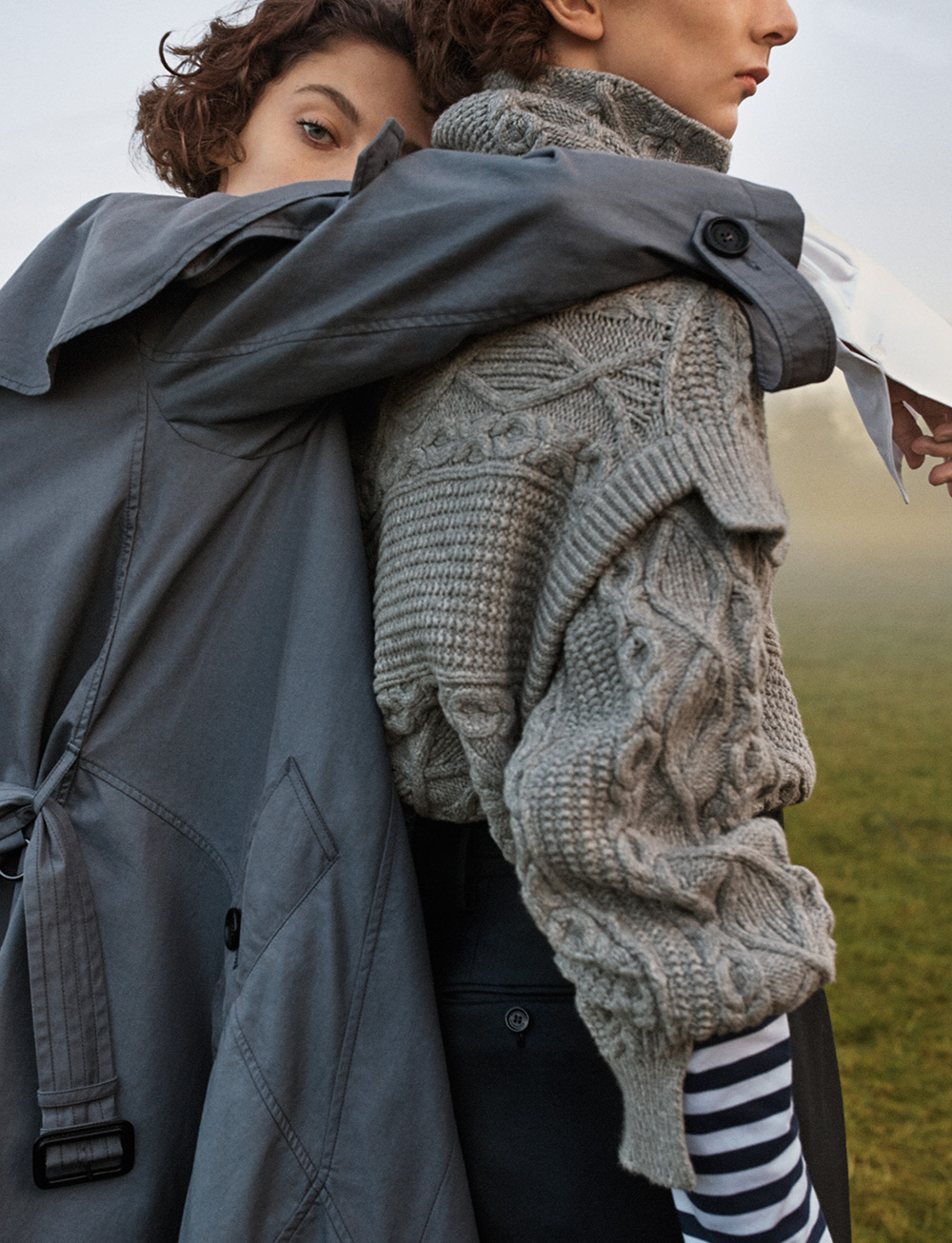 The juxtaposition of Burberry’s designs with Moore, of course, is intended to place the brand in a lineage of British culture, and this is a place that it deserves. Outfitting explorers and the military with its revolutionary protective styles, the brand has shaped the British body since the mid-19th century.

‘I feel sure that Henry Moore would have been fascinated to see his work inspiring such outstanding designs,’ says Henry Moore Foundation director Godfrey Worsdale. ‘We hope this collection will encourage new audiences to discover and appreciate his remarkable work and the studios he created them in.’

‘Henry Moore: Inspiration & Process’ is on view until 27 February. For more information, visit the Burberry website and the Henry Moore Foundation website