Written in the stars: Veuve Clicquot brings the zodiac to life through set design

For the second year running, Veuve Clicquot has gathered a group of creatives for a project that marks the anniversary of Madame Clicquot’s death. A widow since 1805, she single-handedly took over her husband’s champagne enterprise at the age of 27, taking it to the next level with her pioneering spirit.

This year, the French brand enlisted singer FKA Twigs on a collaboration with talent agency Streeters on an immersive performance, which took place in London over two days. Entitled ‘Rooms’, the installation has been developed across 12 different spaces, each created by a different designer or artist from the Streeters roster and which symbolise a zodiac sign.

During the performance, 30 characters followed the journey of Diamas, searching for her spiritual zodiac home through a magnificent combination of costume, movement and music. The sets were scattered over three floors, connected by a maze of staircases and punctuated with champagne tasting bars and dance floors. 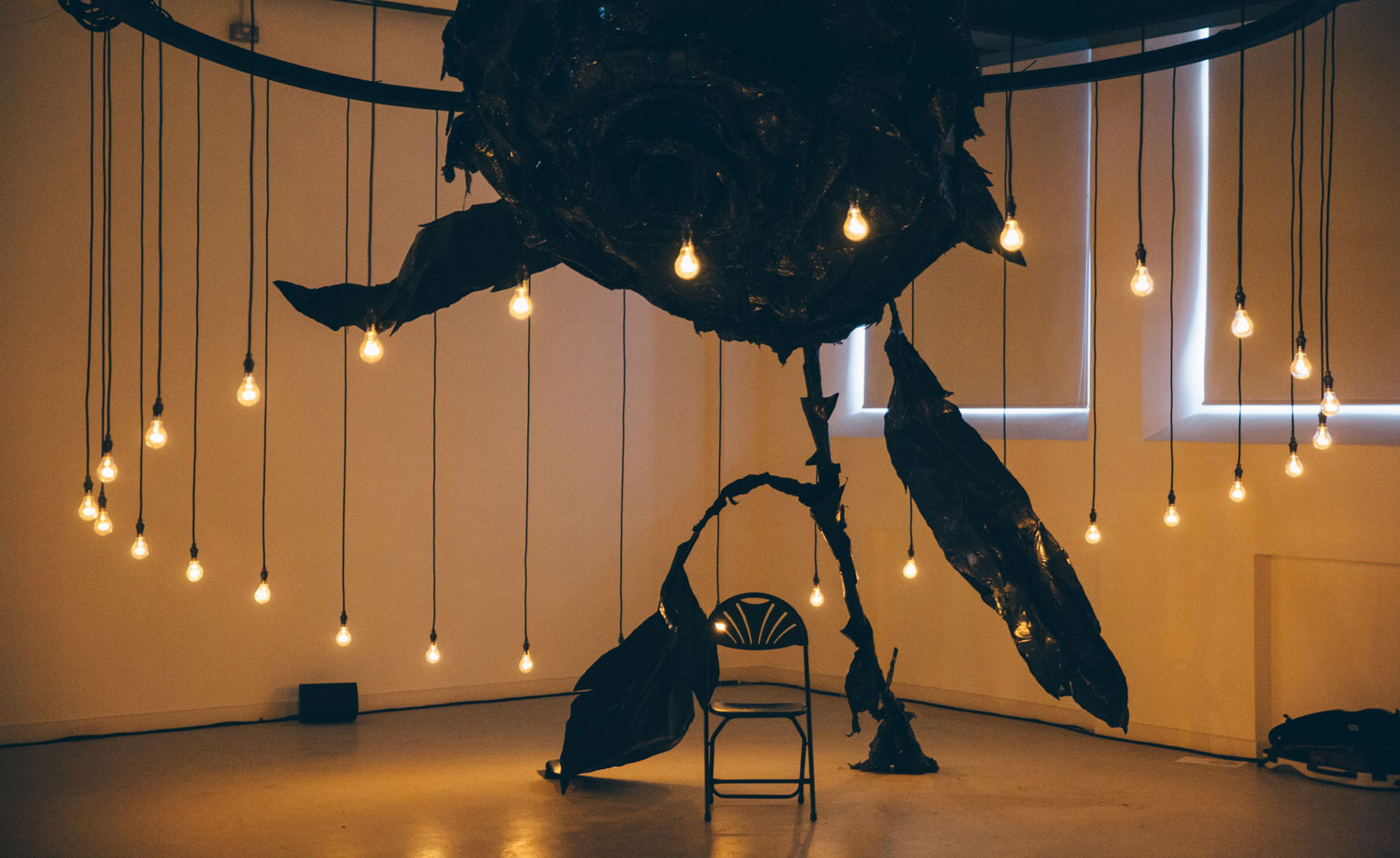 Artists and designers were given carte blanche to develop a narrative that combined their creative output with the zodiac sign assigned to them. Andrew Tomlinson’s ’Taurus’ room, for example, was staged as the interior of a Georgian home, devastated by a raging beast residing inside a crate perched atop the house’s terrace. Meanwhile, Emma Roach’s ’Virgo’ installation featured an office of awkward proportions, while Andrea Stanley’s take on Libra was accessed through a waiting room looking out to two radically different, unbalanced spaces.

Other designs included Andy Hillman’s oversized rose made of a plastic bags (a riff on the Sagittarius sign), and Miguel Bento’s ’Aquarius’ that welcomed visitors into the space on the ground floor, revealing an exercise in transparency with bright Perspex. Throughout the house, the designer’s transformed spaces were brought to life by the performance’s engaging visual power.

Left, Miguel Bento’s ’Aquarius’ welcomes visitors into the space on the ground floor with bright Perspex. Right, Andrew Tomlinson’s ’Taurus’ room reproduces the interior of a Georgian home devastated by a raging beast, inside a crate perched atop the house’s terrace