If Cologne kicks off the design year showing the shape of furniture to come, Maison et Objet follows quickly on its heels with a taste of the tabletop to come. Of course there’s furniture too, but it’s typically the multi-platform brands that dominate in Paris, guiding us to the more general household and lifestyle trends. Brands and buyers come from across Europe and the wider world. Lately it’s the Scandinavians and the Japanese who seem to make the most of the show.

One material often jumps out as particularly popular – and this season it seems that many of our esteemed designers have been getting busy with glass. Granted, there are many glass specialists who regularly show and the usual suspects were there, but there were new turns by Tomas Kral and Joe Doucet at Nude; Michael Anastassiades, David/Nicolas and Sebastian Herkner at Verreum; and Noé Duchaufour-Lawrance at St Louis.

Now that brass, marble and wood (alone and combined) have become popular shorthand for quality across the mainstream as well as luxury markets, designers are looking for new substances and surface decorations with which to break up the material monotony. A couple of years ago terrazzo prevailed, and last year splattering seemed to take hold. This year it’s confetti that’s fallen on walls and flooring, tables and tops. Fine examples were on show at CC-Tapis and Ferm Living, where wallpapers and fabrics got the treatment. 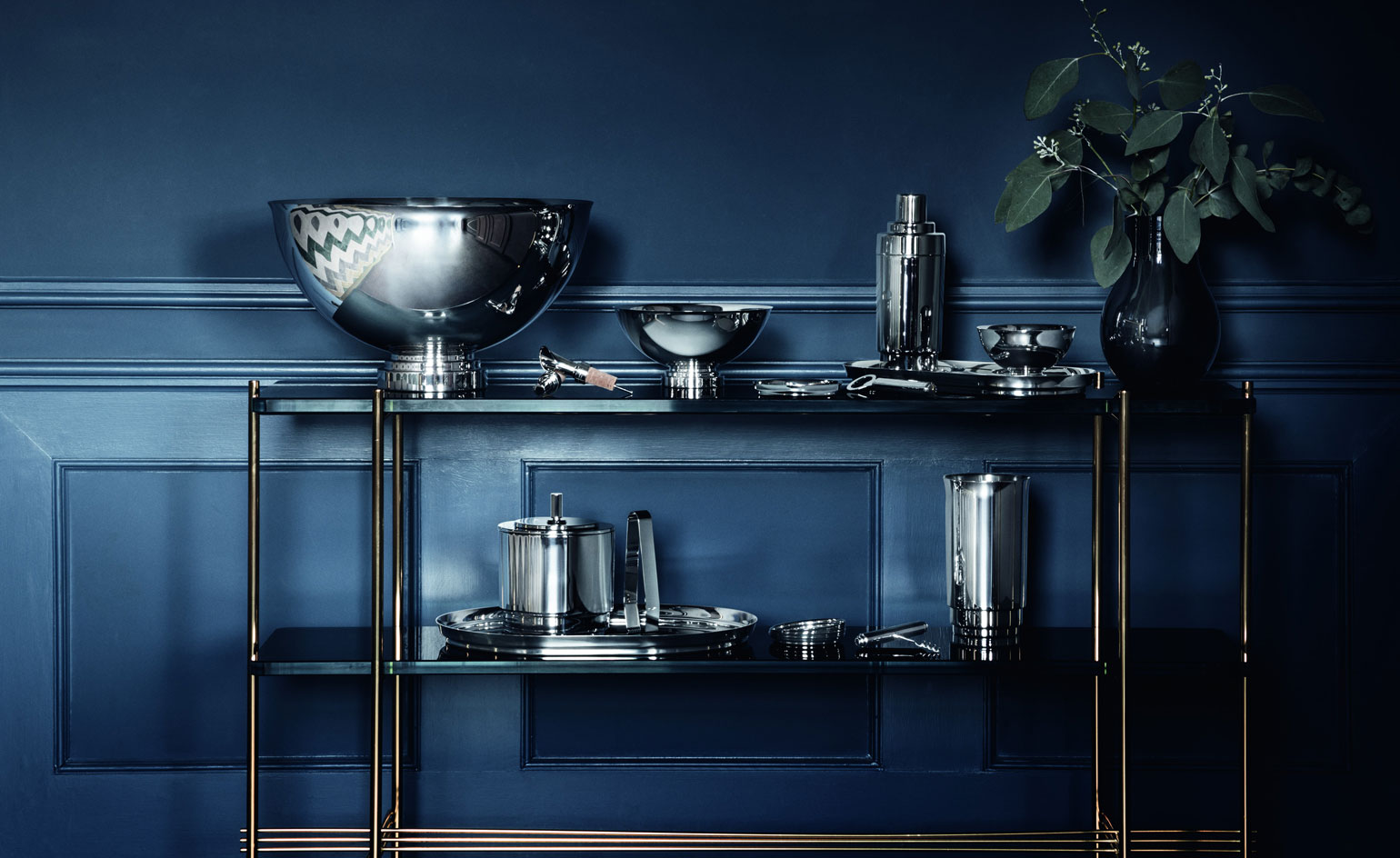 Pierre Charpin was the fair’s Designer of the Year, and an exhibition of his work set the tone for some of other French designs on show; the likes of Petite Friture and Pool at Gallery Bensimon proved Memphis Mach II to be alive and well.

Among the newcomers taking the stage here was Maison Dada, a Shanghai-based brand with a whimsical selection of lighting and furnishings designed by French nationals Thomas Dariel and Delphine Moreau. Evolution, created by Vincent Le Guern (brother of Valérie, who heads up the family firm Mauviel) and designed by Alain Gilles, featured tabletop and kitchen pieces in mixed materials that complement Mauviel’s essential kitchenware. And Sebastian Conran introduced a design collaboration with the traditional craftsmen of Japan’s Gifu region.

The ’confetti’ surface effect was seen across Ferm Living’s new wallpapers (left). Their candleholders (right) were decorated with oil-spill iridescence

Glassmakers Verreum introduced some big-name products, like these ’Corolle’ vases by Sebastian Herkner

Pinch showed its most recent launches, including this ’Emil’ dresser

Kohchosai Kosuga presented the ’Copenhagen’ collection of tools of for the home, designed by OEO Studio

’Beak’ glassware by Thomas Kral for Nude made its first appearance

On view at Maison Baccarat was ’An Affair in Blue’, an installation exhibiting the ethereal quality of the new collections

Launched at the fair: new brand Evolution, created by Vincent le Guern (brother of Valérie, who heads up the family firm, Mauviel)