Prints charming: colour and pattern through the eyes of Josef Frank

London’s Fashion and Textile Museum is adorned with bright and beautiful fabrics that look as relevant today as they did when they were designed more than six decades ago.

Around 30 of Josef Frank’s textile patterns hang in the ground-floor gallery, allowing visitors to appreciate the Austrian’s extraordinary creativity and technical prowess. The dream-like scenes of bold, multicoloured flora and fauna are expertly executed in complicated repeat patterns. 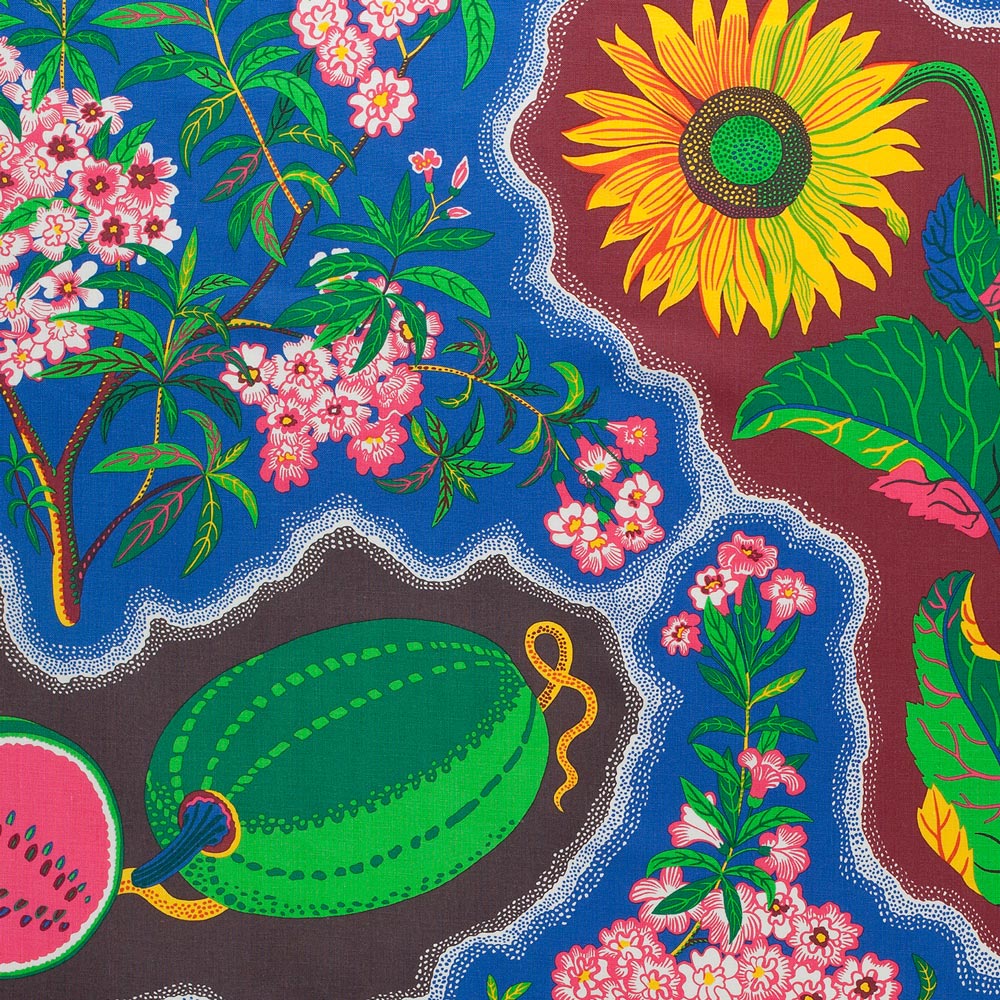 Frank – who was born in Austria in 1885 and worked in Sweden, then in New York – wore as many hats as he had addresses. He started out as an architect, and that is still what he is best known for in Austria. But with his move to Stockholm in 1933, his colourful take on modernism took off in the form of prints, glassware, metalwork and interior design. His energy found an outlet through his collaboration with the Swedish retailer Svenskt Tenn, where as chief designer he created 160 prints as well as furniture and tableware.

Dennis Nothdruft, curator at the Fashion and Textile Museum, admits that initially, ‘there may have been some skepticism’, in straightlaced 1930s Sweden, concerning the outlandish vibrancy of Frank’s imagery, ‘but it helped shape Swedish design’. 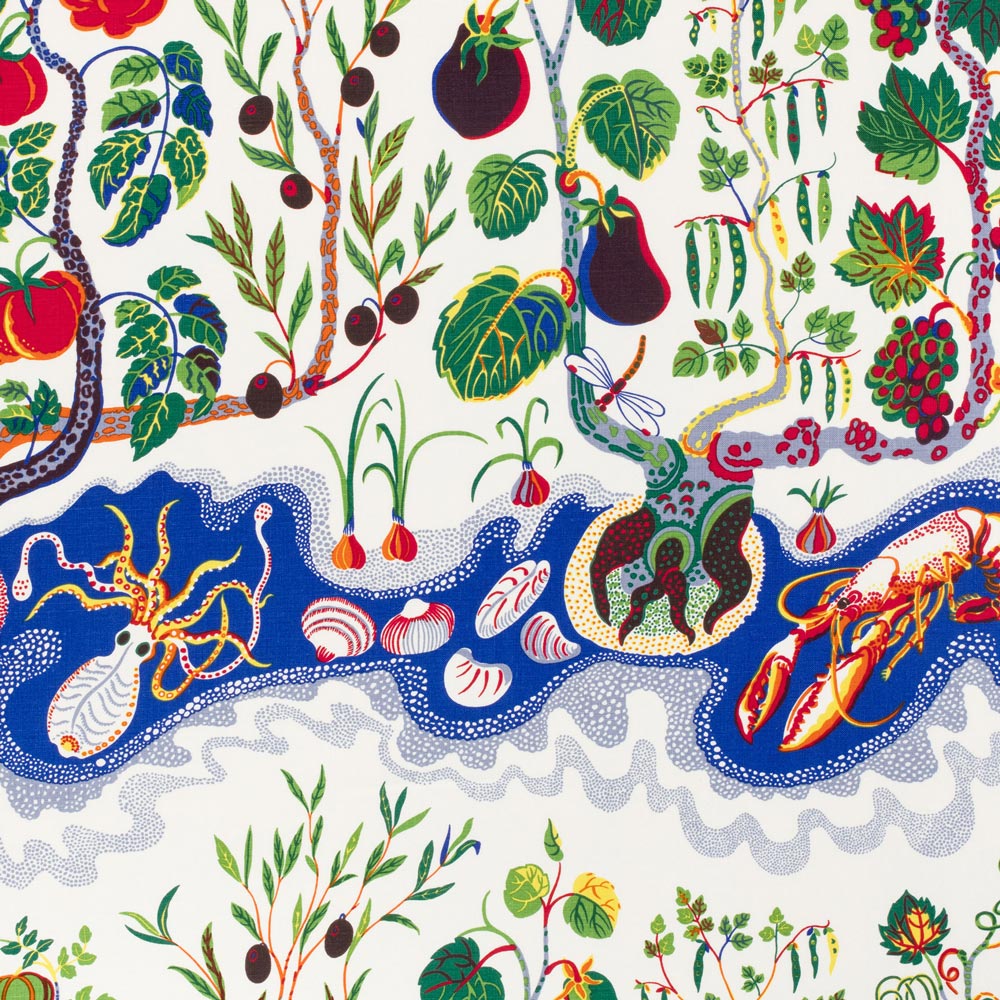 A key part of ‘Josef Frank: Patterns-Furniture-Painting’ are his ‘classics’ including those influenced by his time in the US, Dixieland and Manhattan. ‘Tulips’ is ubiquitous in Sweden, while Nothdruft’s favourite is ‘Italian Dinner’ (above) – a large-scale depiction of sumptuous foodstuffs.

For his interiors projects, like the famous house in the grounds of Stockholm’s Millesgården that he designed with Estrid Ericson, Frank believed in white walls and coloured fabrics. A room set on the museum’s ground floor displays his belief that you should mix eight different patterns to create a calm, peaceful environment.

The designs of Frank, who died in 1967, are being kept alive and available by Svenskt Tenn. Meanwhile his influence continues to be felt in two other Nordic design powerhouses, Marimekko and IKEA.

A key part of ‘Josef Frank: Patterns-Furniture-Painting’ are his ‘classics’, including those influenced by his time in the US, Dixieland and Manhattan

Frank was born in Austria in and worked in Sweden, then in New York

’Josef Frank: Patterns-Furniture-Painting’ is on view until 7 May. For more information, visit the website