Inspired by Matisse’s chapel, Faye Toogood gets in touch with her spiritual side

New York gallery Friedman Benda presents a new exhibition of furniture by London-based designer Faye Toogood, opening tonight. Entitled ‘Assemblage 5’, the 23-piece collection is, as its name might suggest, the fifth chapter of the designer’s oeuvre, and her largest collection to date.

‘The very first time I did a collection of furniture, I didn’t feel brave enough to call it a collection,’ says Toogood, who began her career as an interior stylist, working for magazines, ‘I wanted to find a word that could sum up what I felt that was doing, which was assembling materials and shapes into narratives.’ The word assemblage, she notes, felt more appropriate to her way of working, and she has christened her collections as such since 2010. 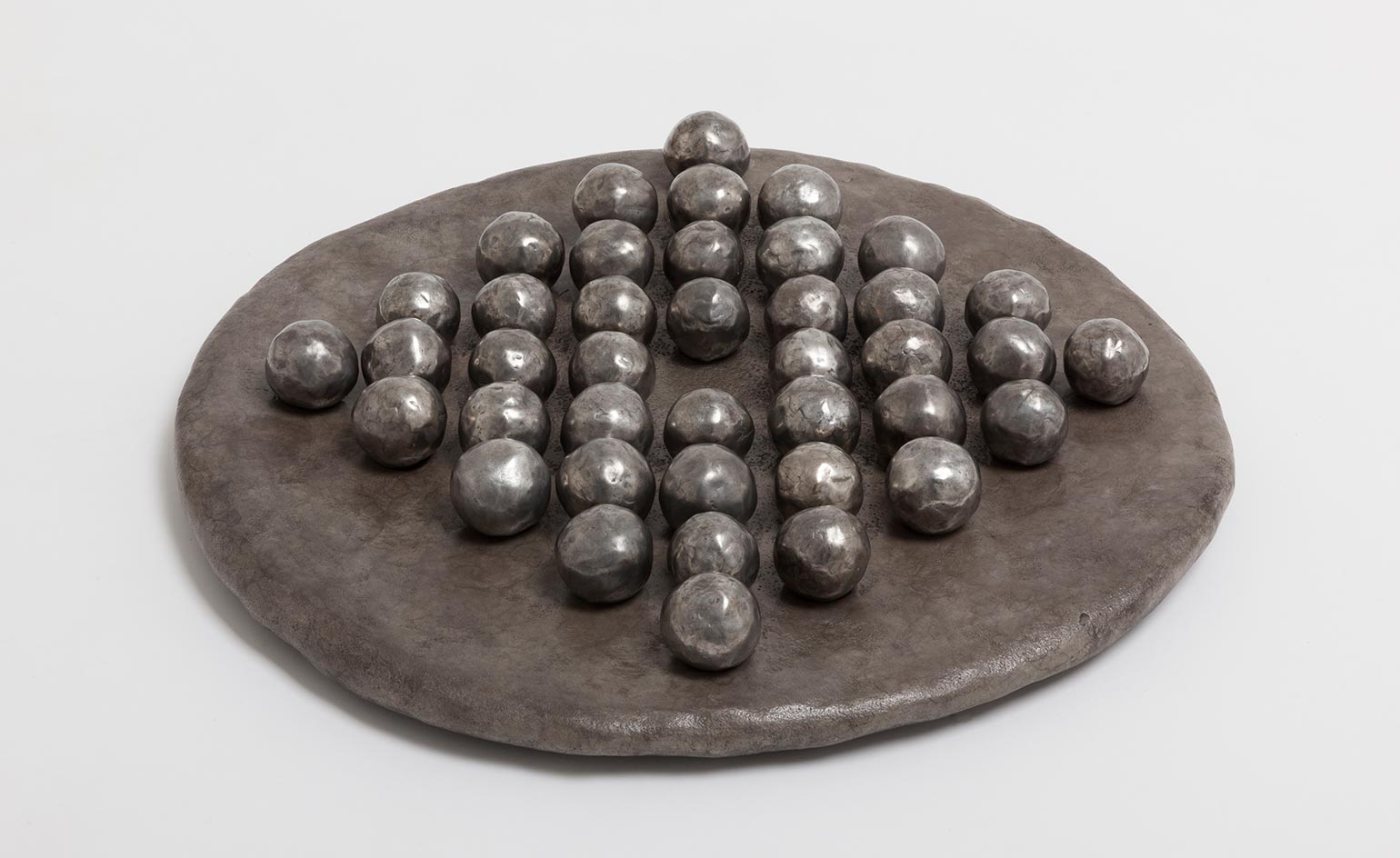 The new show is based around three elements – water, earth and the moon. Here, Toogood’s recurring sinuous shapes are rendered in materials she has never used before, and which she has developed especially for this collection. ‘Everything I have done with furniture always starts with materials,’ she says, ‘I wanted to communicate that this was going to be very elemental, very primitive, getting back to the essence.’

For the tribute to water, the designer worked with a Czech artisan glassmaker to achieve an impressive pure crystal glass, which she applied to large-scale pieces such as chairs and tables. The process involved melting glass in a special mould, then waiting five months for it to cool down before extracting the piece inside. 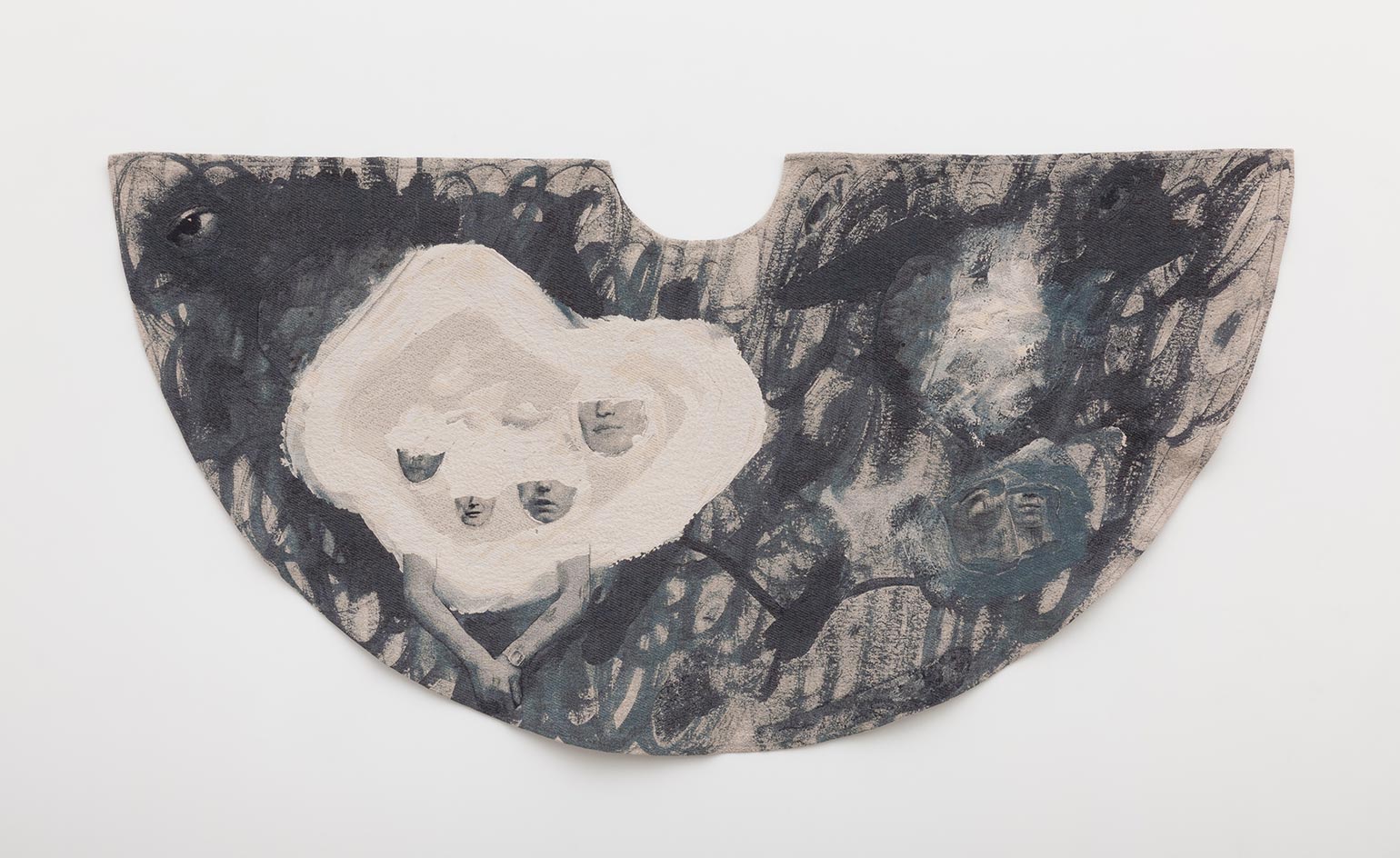 Elsewhere, nodding to the moon, she used cast bronze patinated with a silver nitrate finish, ‘to give a dull quality to it that has the sort of alchemy of the moon’. Toogood herself developed the material that represents the final element: a composite mix of earth and resin with natural earth pigments. All of the pieces are mould-based and the same shapes are recurrent throughout the collection, the designer notes, but each material had a very unique process, which she followed closely.

Inspiration for this series struck when she visited Henri Matisse’s Chapelle du Rosaire de Vence (Chapel of the Rosary), a chapel that the artist created in 1949. ‘I felt completely overwhelmed by the fact that someone I usually associate with the two-dimensional image had created the most beautiful, spiritual three-dimensional space,’ she says.

Spiritual elements are tellingly evident throughout the collection, from ritual chalices to seats that mimic temple’s pews, and beads reminiscent of rosaries. ‘The elemental and the primitive is obvious in the elements and the materials, but I also think there is a lot of connection to identity and femininity,’ adds Toogood. This is also the first time that she has used textile outside of her fashion collections, creating tapestries that combine textures with paint and photographic images. 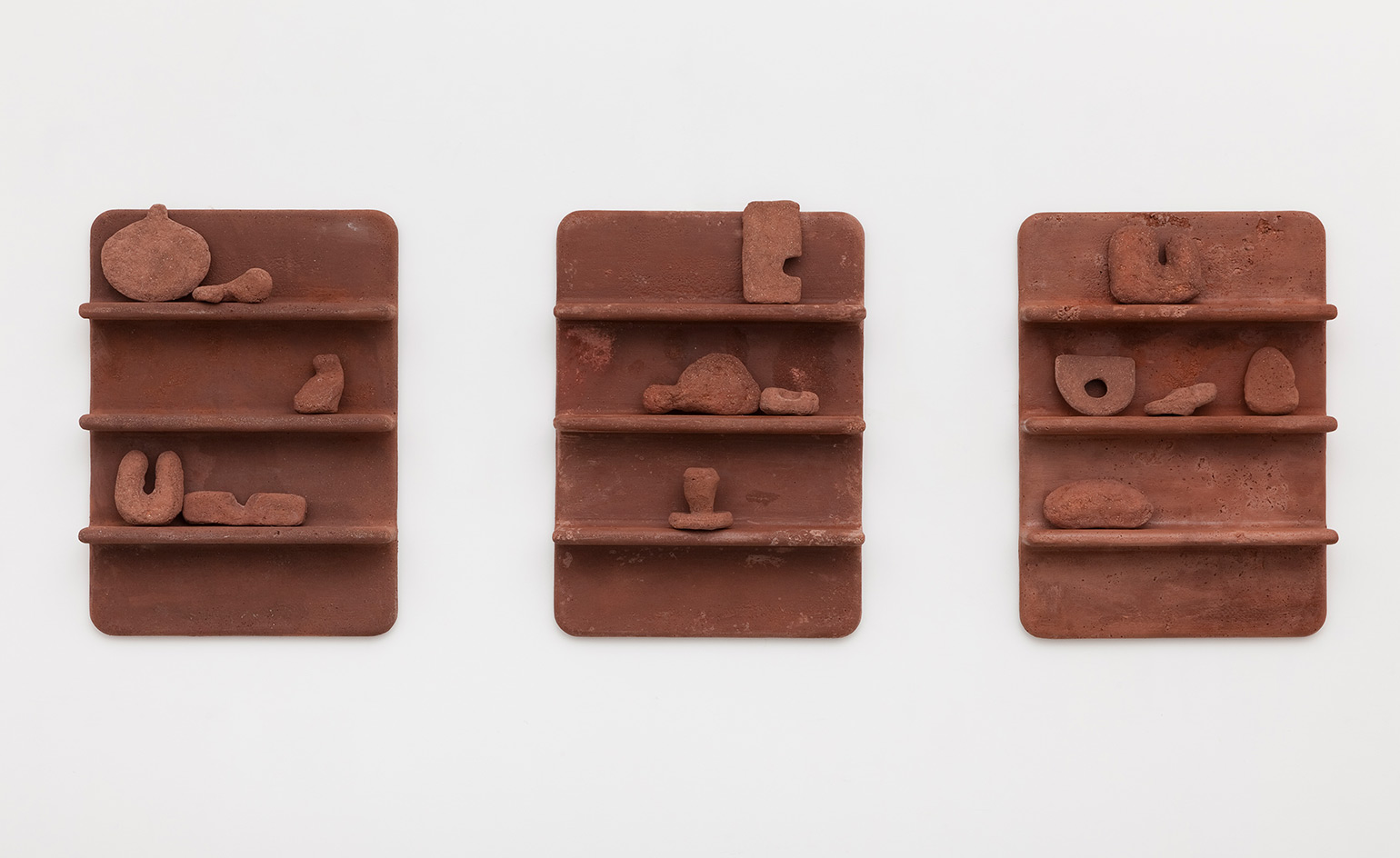 Toogood was given carte blanche by the gallery to develop this collection, and worked on an immersive set to present her works in. The designer covered the gallery walls in white canvas (a ‘humble, neutral’ material she often uses in her fashion work), while the pieces sit atop white-sprayed seaweed mats. The idea, she explains, is to offer a more domestic, textured environment to present the collection.

Last year, Toogood was included in the ‘Design Currents’ showcase at the Philadelphia Museum of Art, but this is the first time she has exhibited in a solo show in the US. ‘[Here], patronage for contemporary design is really strong,’ she notes, adding that she hadn’t anticipated the freedom to produce such a large collection, afforded by a gallery like Friedman Benda. ‘Now I am excited to see these pieces in a new context,’ she says, thinking of where they could be displayed once they go to new owners. ‘I look forward to seeing their new life. I hope the raw, elemental ingredients of the pieces make their aesthetic last.’

The exhibition design was conceived by Toogood, who covered the gallery walls in white canvas, while the pieces sit atop white-sprayed seaweed mats

The idea behind the exhibition design is to offer a more domestic, textured environment to present the collection

‘Assemblage 5’ is on view until 15 April. For more information, visit the Friedman Benda website