An Unfinished Encyclopedia of Scale Figures Without Architecture is a fascinating collection of over 2000 scale figures drawn by over 200 architects, compiled by MOS Architects into a single hefty tome. For the Biennial, the figures were also applied to a bright green satin curtain that wrapped the space. Photography: Sahir Ugur Eren

‘Are we human?’ is the urgent question posed by the third edition of the Istanbul Design Biennial, which is currently taking place in the city. Curated by academics Beatriz Colomina and Mark Wigley, the Biennial showcases the responses of over 250 participants to a curatorial manifesto written by the duo.

‘Don’t think that the world of design belongs to designers,’ cautioned Wigley at the show’s opening last week. ‘It’s possible that designers are playing the smallest role in design today.’ It’s a theory that’s reflected in the diverse professions of the Biennal’s contributors, which as well as designers and architects, includes artists, scientists, labs, centres, institutes, theorists, film makers, historians, choreographers, NGOs and archaeologists. 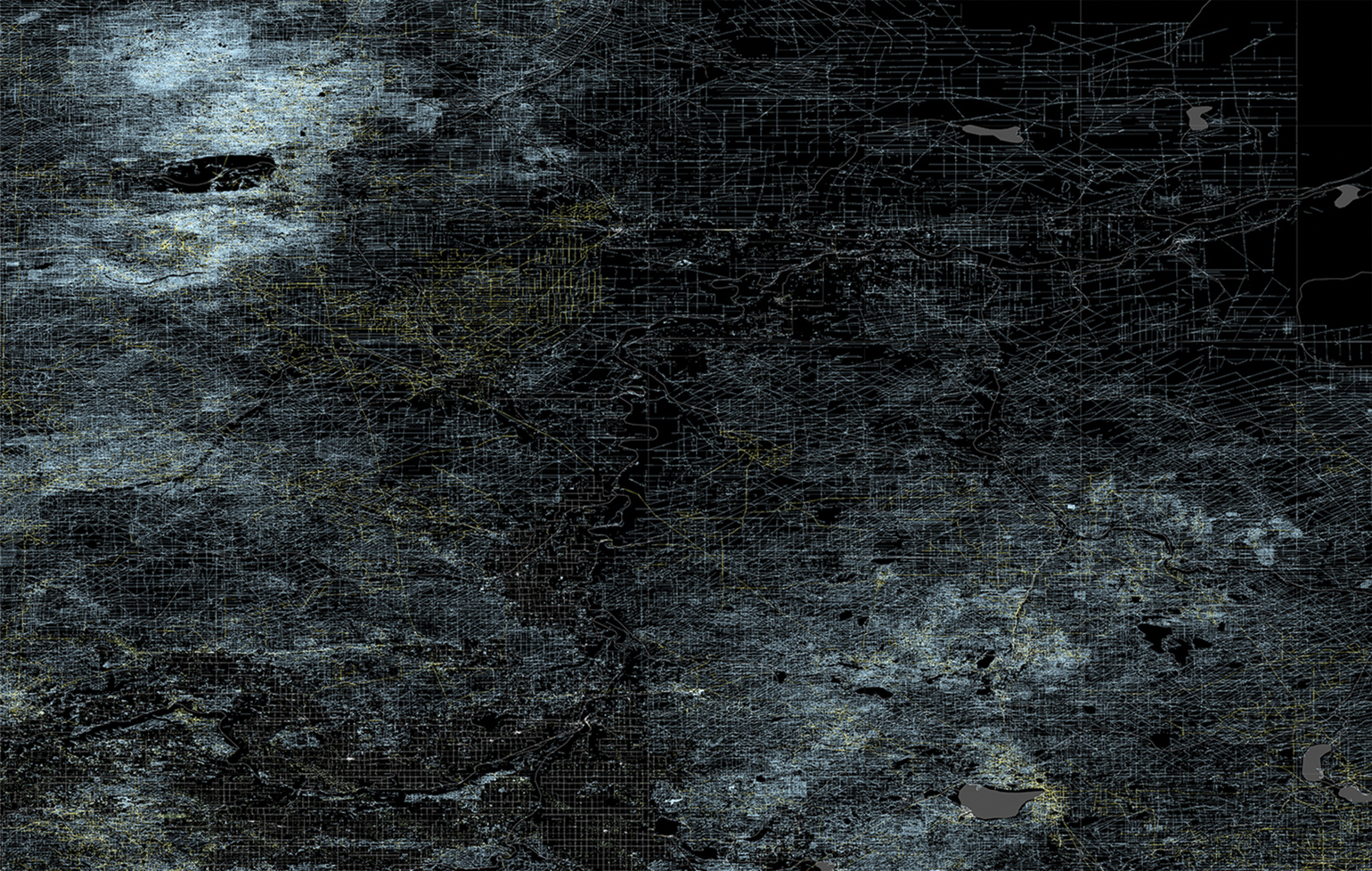 Documenting the spread of the oil extraction industry across the planet through vast and highly detailed maps, the Territorial Agency’s ‘The Museum of Oil’ showcase considers the urgent and complex negotiation needed to wean ourselves from oil. Photography: courtesy of Territorial Agency

Their response to Colomina and Wigley’s invitation was a tidal wave of concepts and ideas that are divided into four ‘clouds’ or categories – body, planet, life and time – each one, the curators note, a broad enough topic to fill its own Biennial, yet all interconnecting.

The resulting showcase, organised by the Istanbul Foundation for Culture and Arts with sponsorship from ENKA Foundation, Petkim and Vitra Global, spans five locations across the city with over 70 projects taking the visitor on a safari of ideas, that lurch from pressing global issues such as deforestation and the refugee crisis, to our troubling addiction to mobile devices. ‘The imprint of our species,’ the curators note, ‘is in every dimension of the environment.’

Despite the presence of pessimism and disaster, the showcase is an optimistic experience; a celebration of possibility, highlighting that design could, for once, be serious. ‘When life is difficult, that’s when you should talk about design; not when you’re feeling rich and you’re feeling relaxed and you need a new coffee pot to show to your friends,’ says Wigley. ‘You too could come up with your own response, perhaps you disagree with almost everything you see here and you’ll start to generate a new idea, and if there are new ideas in the mind of the visitor, we would be very honoured.’

The walls, floor and ceiling of this gallery space have been covered by artist Annett Zinsmeister in wallpaper digitally printed with hundreds of tower block windows. By turning the exterior of a building inwards, Zinsmeister brings the viewers attention to the way that we personalise our domestic space, posing questions about communication and social interactions. Photography: Sahir Ugur Eren

‘We live inside design like the spider who lives inside the web that it’s constructed from it’s own body,’ explained Mark Wigley at the show’s opening. Nowhere was this better demonstrated than within Joyce Hsiang and Bimal Mendis’ ‘City of 7 billion’ where two vast web-like drawings suspended from the ceiling chart the traces of roads, shipping lanes, flight paths and submarine cable across the globe. Photography: Sahir Ugur Eren

The Voyager Golden Record, a collection of 116 images, sounds and pieces of music selected by NASA in 1977 to explain human civilisation to alien species, is explored as part of ‘Voyager – Humanity in Interstellar Space’ – a project put together by Rutger Huiberts and Evangelos Kotsioris. Photography: Sahir Ugur Eren

Composed of a series videos around a curtained dance floor, Köçek Dance Floor by Mona Mahall and Asi Serbest celebrates the practices, spaces, costumes, objects, and music of the köçek, the young cross-dressing male dancers of Ottoman times. Because of their unclear gender, the köçek became morally offensive figures after Western understanding of sexuality was imported onto pre-colonial Islamic societies during 19th century modernisation. Photography: Sahir Ugur Eren

Noting the irony, Kazma comments, ’The same species blindly pushing the limits of the Earth’s sustainability through over production and consumption are also building a contemporary Noah’s Ark to sustain those who may survive what is to come’

Especially prepared for the biennial at the Istanbul Archaeological Museums, three full galleries at the city’s Alt Design Space showcase huge casts of multiple 8500-year-old Neolithic footprints of the first inhabitants of present-day Istanbul. ‘Emotionally, this is the most important piece in the whole Biennale,’ explain the curators. Photography: Sahir Ugur Eren

One of six curatorial interventions developed by the Curatorial Team of students from Columbia and Princeton Universities, ’Homo cellular’ is an examination the cult of self-surveillance that has developed since the emergence of the first mobile phone in 1983. Photography: Sahir Ugur Eren