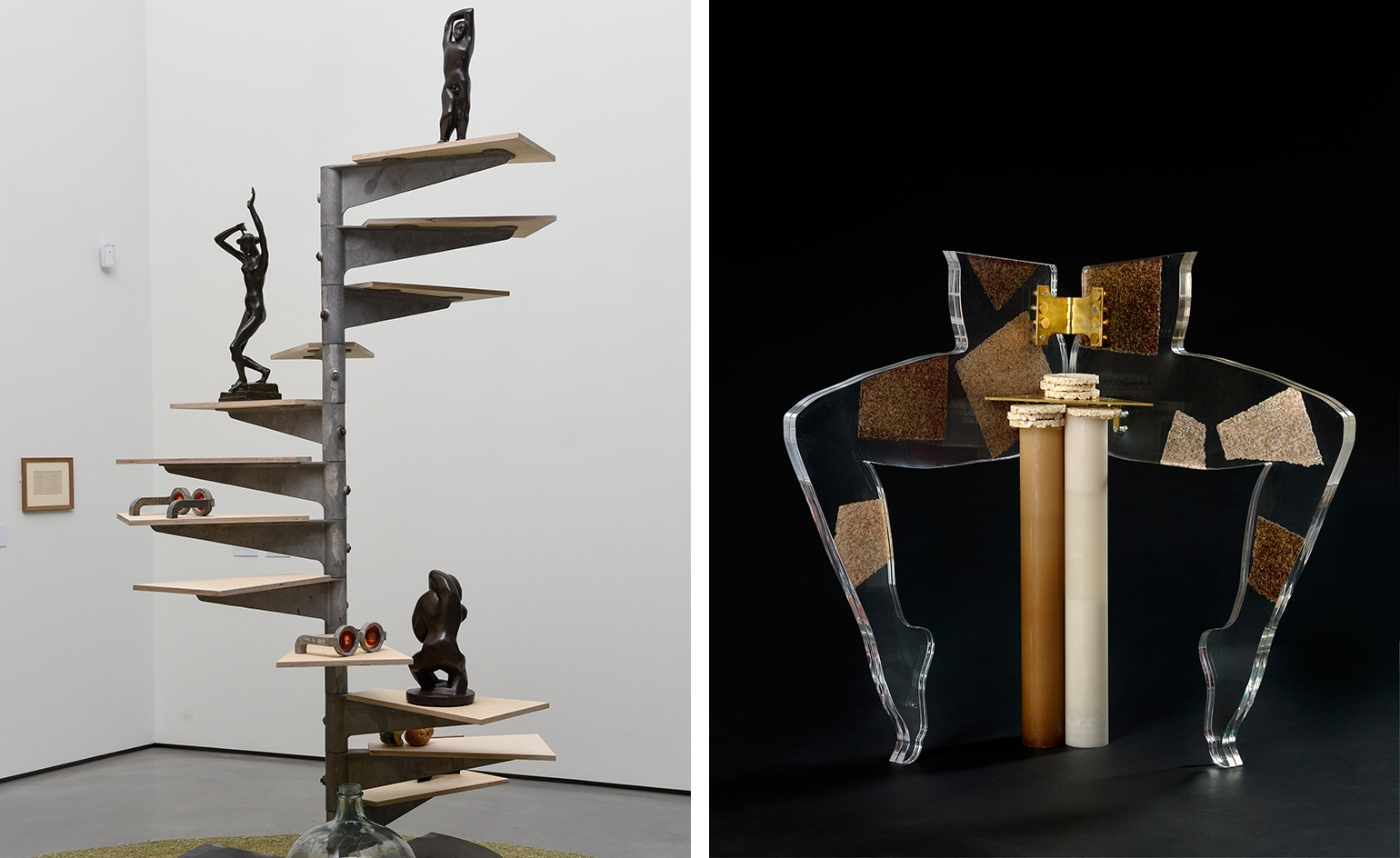 Those who know it revere Kettle’s Yard for its poetic modernism and intimate organisation by former Tate curator Harold Stanley Ede when he lived in the house in the 1960s. Eighteen months ago the institution was touring its pieces while under redevelopment, when Hepworth Wakefield chief curator Andrew Bonacina proposed bringing a contemporary artist in to create something playful around the collection. Bonacina says, ’We proposed Anthea Hamilton because of the way she carefully considers the relationship between objects in her own work, which resonates with how Jim Ede created such exacting relationships between his objects.’

With her punchy palette and headline-grabbing sculpture, Hamilton is not an obvious match for the understated shades and organic textures of Kettle’s Yard, and as such her re-interpretation is fresh and unexpected. In places her new works resonate harmoniously with companion Kettle’s Yard objects, like her Christopher Wood Kimono and giant fragrant circular grass mats on the floor and walls. In others, Hamilton interjects counterpoints such as Haussmann’s mosaic-tiled day bed and her own cartoonish Vulcano Table that appears to overflow with bulbous red glass globules. Although perhaps that table steals the show just a dash too much, her curation does a nuanced job of inflecting a careworn collection with new dynamism.