Out of this world: TeamLab adds another dimension to Pace Gallery

Stepping off a bustling Mayfair street into Pace Gallery for the much anticipated preview of TeamLab’s ’Transcending Boundaries’, we are plunged unexpectedly into darkness. Hands trace along blackout curtains, until one gives way, and we are ushered into a large room filled with disorientating light and music.

We’ve travelled into a parallel world, or at least, a future version of this one. The rules of nature are different; butterflies glow neon, flowers bloom on demand, and, as TeamLab’s founder Toshiyuki Inoko explains, ’In order for ideas and concepts to be expressed in the real world. It is necessary to have a physical material substance through which they are mediated. We are seeking to eliminate these boundaries.’ 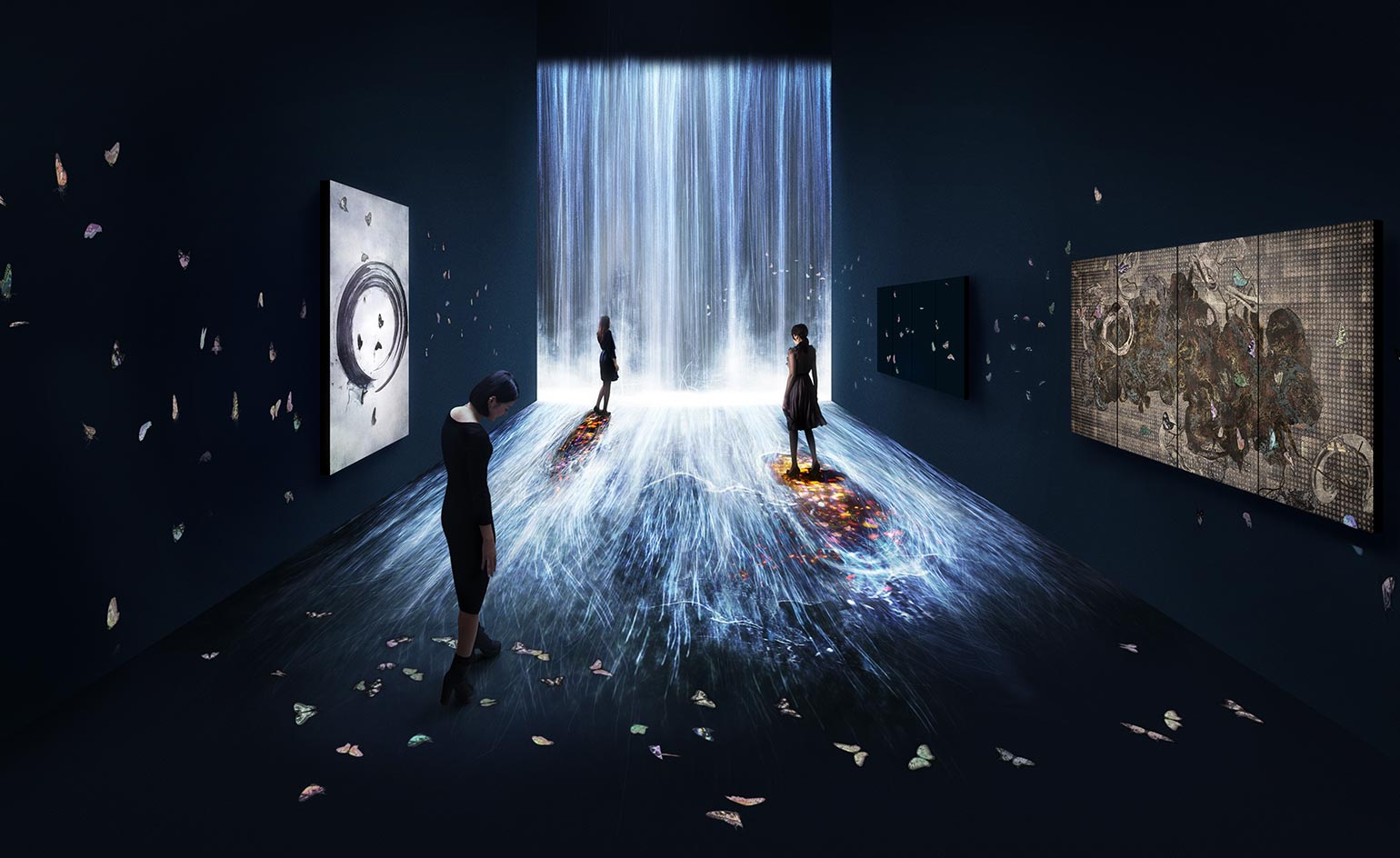 ’Universe of Water Particles’, by TeamLab, 2017

In the first of four rooms, the real world is left behind. A waterfall of light pours from the ceiling and across the floor, parting where gallery-goers walk. With the lightest touch of the hand, the water’s direction mesmerically changes, turning torrents into syphons. Around this, a kaleidoscope of butterflies grows in number as more people enter the room. But they die when touched, ’serving as a reminder of the destructive side to humanity,’ explains Pace London director Tamara Corm. When left alone, they dance to the soundtrack of therapeutic music.

In the second room, we are plunged once again into blackness, and for the first time, into silence. Unlike the preceding room, it’s vacant of life, except for a panorama of rolling, tumultuous waves. ’It’s almost like you’re inside them, swimming under water,’ Corm explains. 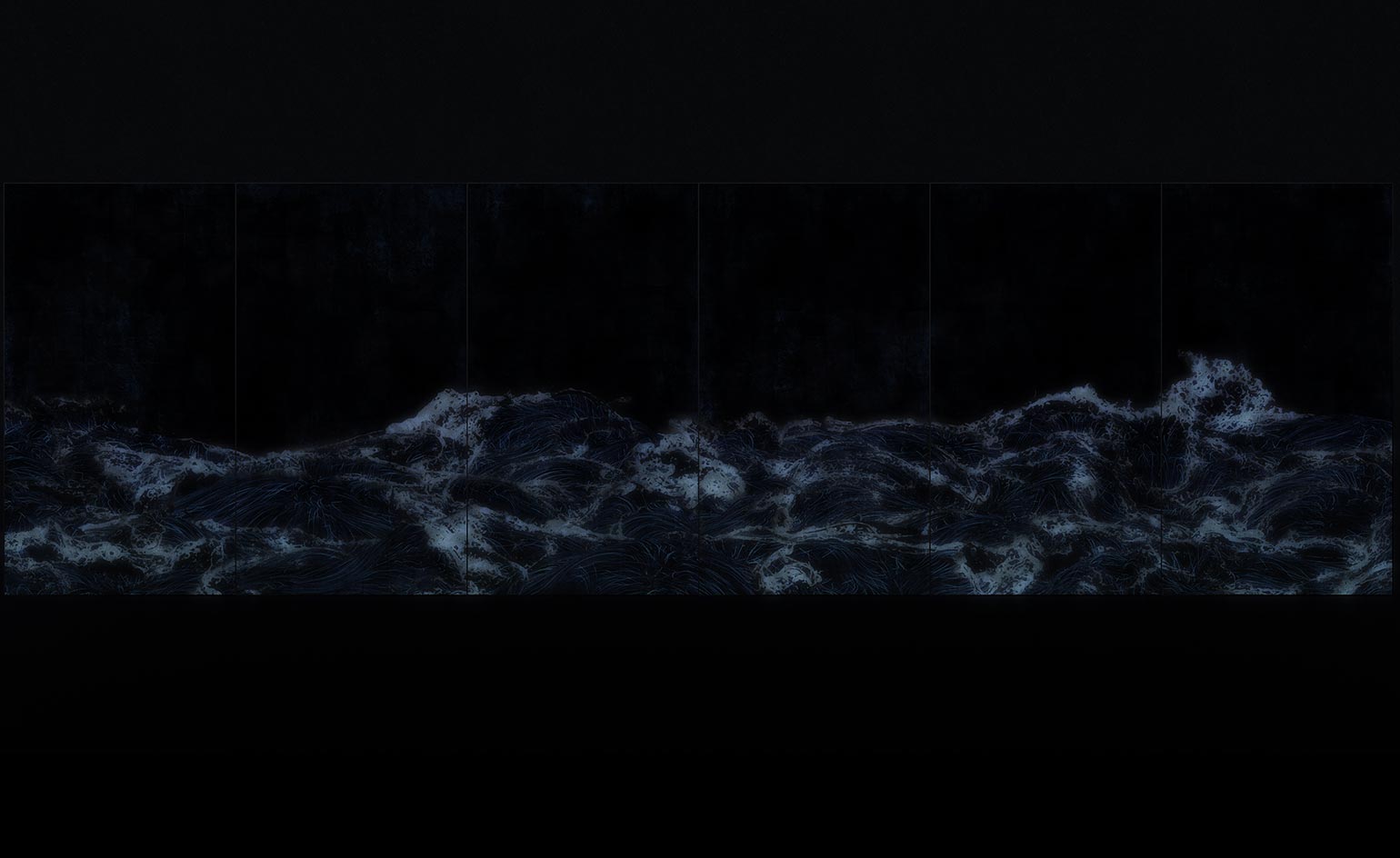 The calm after the storm, the third room is a small, square box overwhelmed by white light. It feels like stepping inside an Edmund de Waal installation. ’Digital technology allows art to break free from the frame,’ Inoko explains, emphasising that despite the novel techniques and interactivity, the installations are still very much artworks. They’re grounded in artistic heritage. In particular, they reference traditional Japanese art. Themes of flowers, cherry blossoms and woodblock waves are re-actualised for today.

At first, it seems there’s nothing at all of note in the final room, until you see your sleeves lighting up and realise the artwork is being projected onto yourself. Stay still, and flowers will grow like ivy across your arms, chest and face. Move too quickly and, like the butterflies, they will shrink to nothing.

Visitors become playfully caught up with interacting with the installations, that how they’re achieved seems quite unimportant. But afterwards the question returns and lingers. Inoko lets little on. ’The optimal technology is selected and developed accordingly,’ he offers, cryptically. ’We do not think that technology is the most important element. We are interested in how art can be extended through the use of digital technology.’

’Transcending Boundaries’ is on view until 11 March. For more information, visit the Pace Gallery website