Material girls: needles and thread are tools of rebellion at Turner Contemporary

For the landmark ’Entangled: Threads and Making’ exhibition at Turner Contemporary, Karen Wright played the double-role of curator, and ’international artist matchmaker’. She brought together a diverse group of over 40 female artists, many of whom desccended on the seaside resort of Margate for the weeks surrounding the exhibition’s opening. Together, they occupied the bars and cafes once frequented by the likes of JMW Turner, and more recently, Tracey Emin. ’One evening, when they had all left, I went to the local pub on my own,’ Wright explains, ’and the barman asked where all my interesting friends had gone. It was quite lonely!’

The artistic community Wright has helped foster is clearly felt when entering the David Chipperfield-designed museum, where friendliness abounds. Works in the entrance and upstairs loby (The Three Graces by Kashif Nadim Chaudry, and Knot Project by Anna Ray, both from 2016) have been handmade by local volunteers. What’s more, no less than three school groups were wandering around the small museum when Wallpaper* visited, which made for a noisy, but intensely encouraging trip. 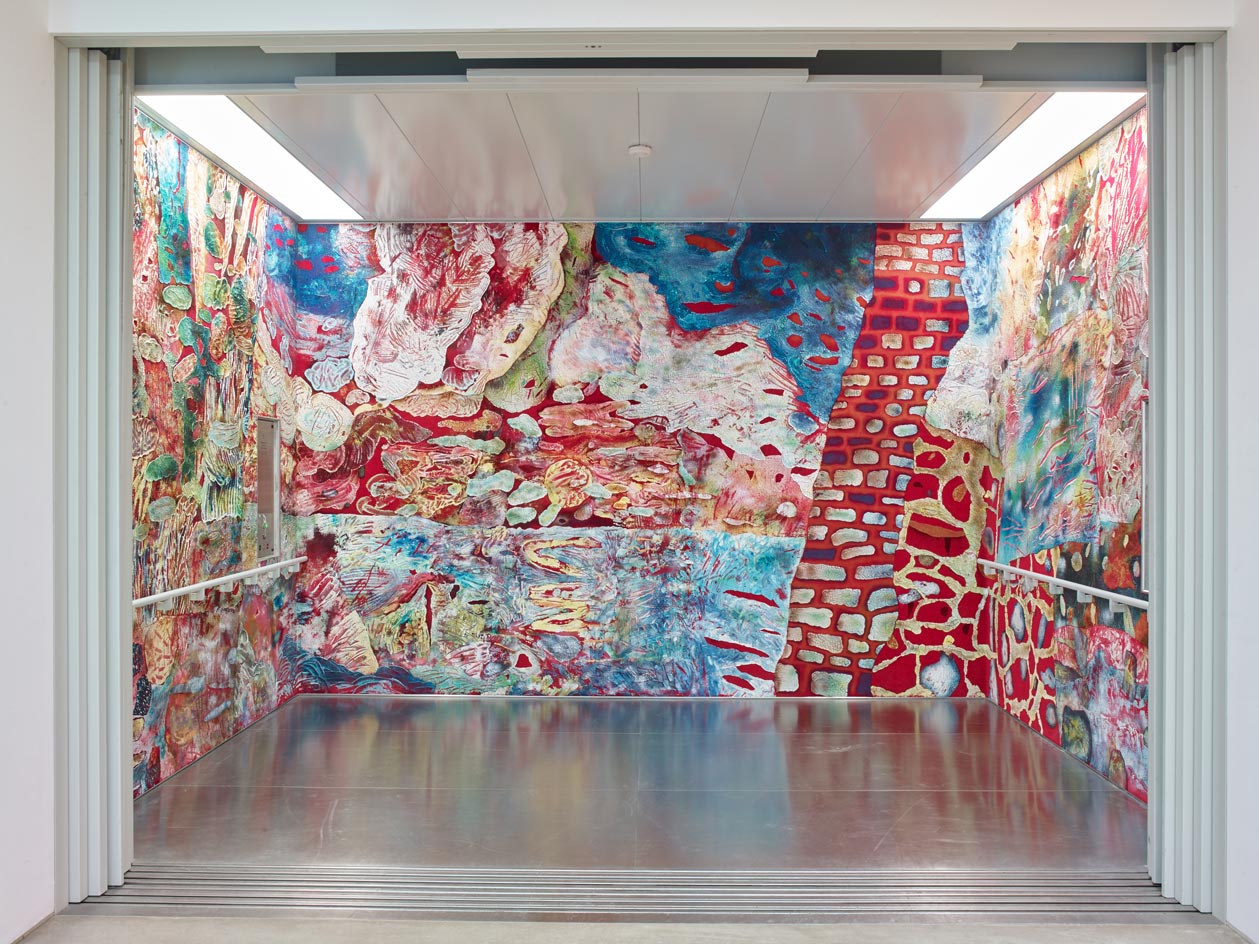 Wright’s show focuses on textiles in post-1940s female art. On paper, it doesn’t seem like a groundbreaking concept. After all, women have been using a needle and thread since they were invented. On looking round, the curation’s bravery and progressive attitude jumps off the walls. But it has not been met without controversy. Margate local (and Turner Contemporary benefactor) Emin is notably absent from the group, which has been a particular sticking point for some critics, Wright explains. ’She’s an artist who has had so much coverage already. This exhibition was about bringing together more up and coming names.’

Artists like Anna Ray, Karla Black and Laura Ford, whose 2012 Penguins sculptures provide another political texture to the already statement-making exhibition. Huddled in the back corner of the gallery, Ford describes these shifty looking characters as ’sculptures dressed up as animals which are dressed up as people’. In their many guises, they comment on global warming, youth culture and materiality, with a rare sense of humour. 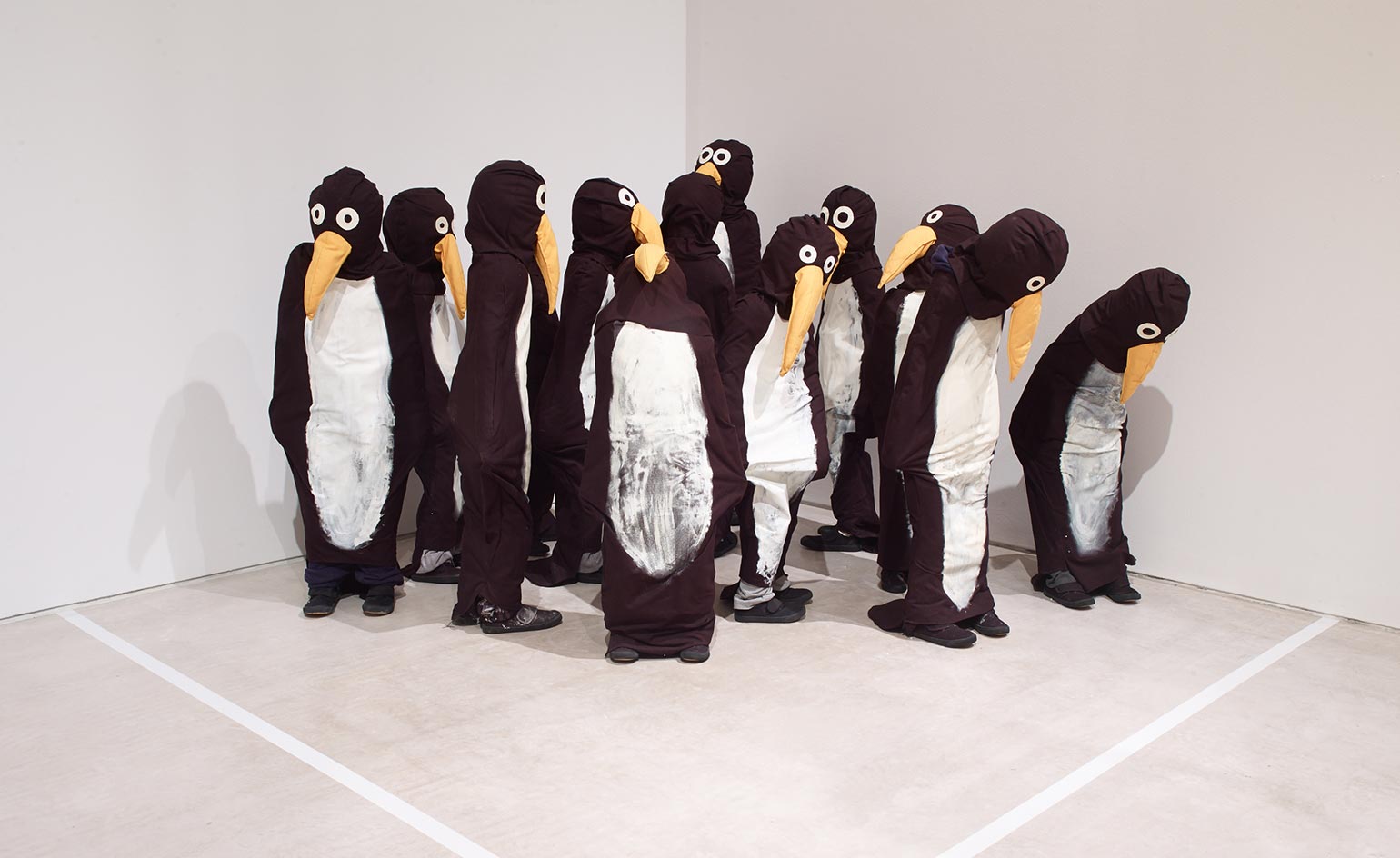 This focus on emerging talent doesn’t mean the exhibition lacks ’big ticket’ works. Anni Albers’ structural, taughtly-woven silk tapestry (designed in 1926) stands as an important juxtaposition to its later counterparts, like Ann Cathrin November Høibo’s Untitled (Diptych) created specifically for the show, where threads colourfully explode, pull and unravel from their constraints. Elsewhere, Louise Bourgeois’ profound bra clasp sculpture promises to be the smallest object that will ever halt you in your tracks.

It feels like an over-used phrase at the moment, but this exhibition couldn’t have come at a better time. Despite this, Wright has been persuing the exhibition in various forms for the best part of a decade. ’Let’s be honest, women have always had a bad deal, and there’s no way I could have planned this to happen when it did,’ she reasons. But as hand-knitted pink pussy hats dance across the world’s major cities, the needle and thread are becoming tools of rebellion, reimagined as contemporary symbols of female unity; an idea solidified by Wright’s international, welcoming and progressive showcase.

’Entangled: Threads and Making’ is on view until 7 May. For more information visit the Turner Contemporary website